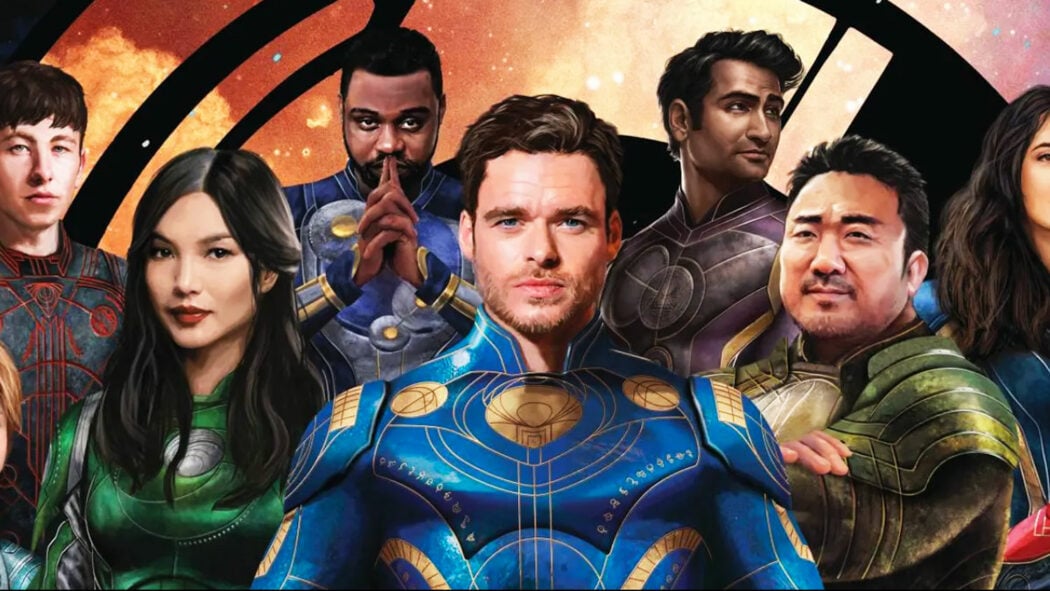 The latest release in the Marvel film universe juggernaut, The Eternals from Academy Award-winning director Chloe Zao is primed to set the box office alight this weekend.

The blockbuster already boasts an all-star cast including Angelina Jolie, Salma Hayek and Kit Harrington, and in the US will roll out across over 4,000 cinemas.

Early estimates from analysts pin the box office this weekend within the $75-80 million range, others anticipate the biggest post-pandemic opening weekend for a Marvel release.

No Hybrid Release For The Eternals

Read more: She-Hulk Rumoured To Face The Juggernaut And Other Mutants In The Disney Plus Series

The Eternals has an exclusive theatrical window (no Disney+) and stands to beat the past weekends from Black Widow ($80m), Shang Chi ($75m) and Venom: Let There Be Carnage ($90m).

Outside of America, the film has already been released this Wednesday, in Korea, it took $2.6m, France $1.5m and $0.7m in Germany with a running total of $7.6m in all markets.

One negative effect to any further gross will be the lack of release in China.

As Black Widow and Shang Chi didn’t see a release in the market it seems due to further censorship the film will not be allowed a screen in China once again.

It’ll be a struggle for any Marvel release to see a $500m not to mention $1 billion release without such an important market.

A film that did see a release in the market, No Time To Die, has grossed $37.4m in its first week & by Friday should surpass $41m pushing the worldwide totals to nearly $630m.

Another Marvel release with Sony Pictures, Venom: Let There Be Carnage has now surpassed $400m worldwide as of this Thursday.

We’ll keep you updated with the opening weekend right here on Small Screen.

What do you think? Will Eternals perform well at the box office?

Will you be heading to a cinema to see it?