The beginning of Netflix’s Ma Rainey’s Black Bottom reminds us of one thing we’ve not been able to have: the all-encompassing effect of live music. Ma Rainey (Viola Davis) performs on two stages – one in a tent, the other in a theatre – offering a glimpse of how investing performing is for both those on stage and those watching.

In a heady haze of a warm Chicago day, a white producer and agent frantically plan for the arrival of Ma Rainey, who is to record her new album (a sure-fire hit). The band – stoic piano player Toledo (Glynn Turman), Cutler (Colman Domingo), base player Slow Drag (Michael Potts) and ambitious Levee (Chadwick Boseman) – have gathered, but as the afternoon wears on and tensions rise, issues of race, masculinity and exploitation bubble into the music. 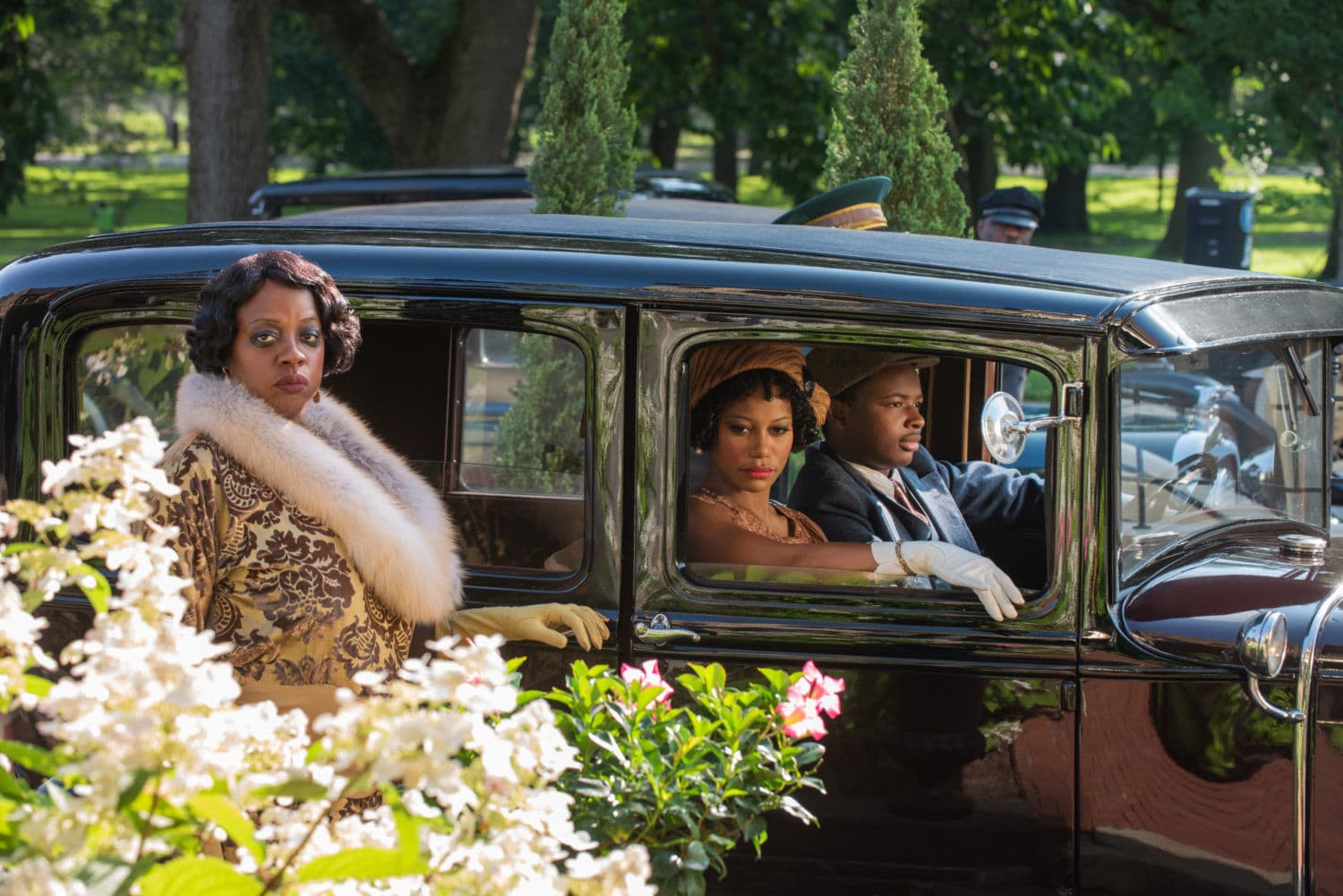 Read more: Remembering Chadwick Boseman – What Made The Black Panther Actor So Important

August Wilson’s 1982 play of the same name explores the white exploitation of black performers. Indeed the stage origins of the film are clear: the action mostly takes place in the same space across one afternoon. As such, as happened with the 2016 adaptation of Wilson’s Fences (also starring Davis), the character’s extended speeches can feel out of place and contrived, but that’s not to say they’re not engaging. Every actor brings their best to their roles and, across the film’s 90 minute run time, it’s a heady joy to watch such strong performances.

That said, Ruben Santiago-Hudson’s screenplay does extend beyond the confines of the stage, and with George C. Wolfe’s direction these moments emphasise the play’s central themes. Toledo’s speeches are matched by montages of black workers and families, whilst the suspicion and threats Ma experiences at the hands of a policeman carry a deeper resonance following the events of 2020. The film also adds a final scene that, without too many spoilers, reinforces Levee’s plight as a black man trying to make a life in the music industry. 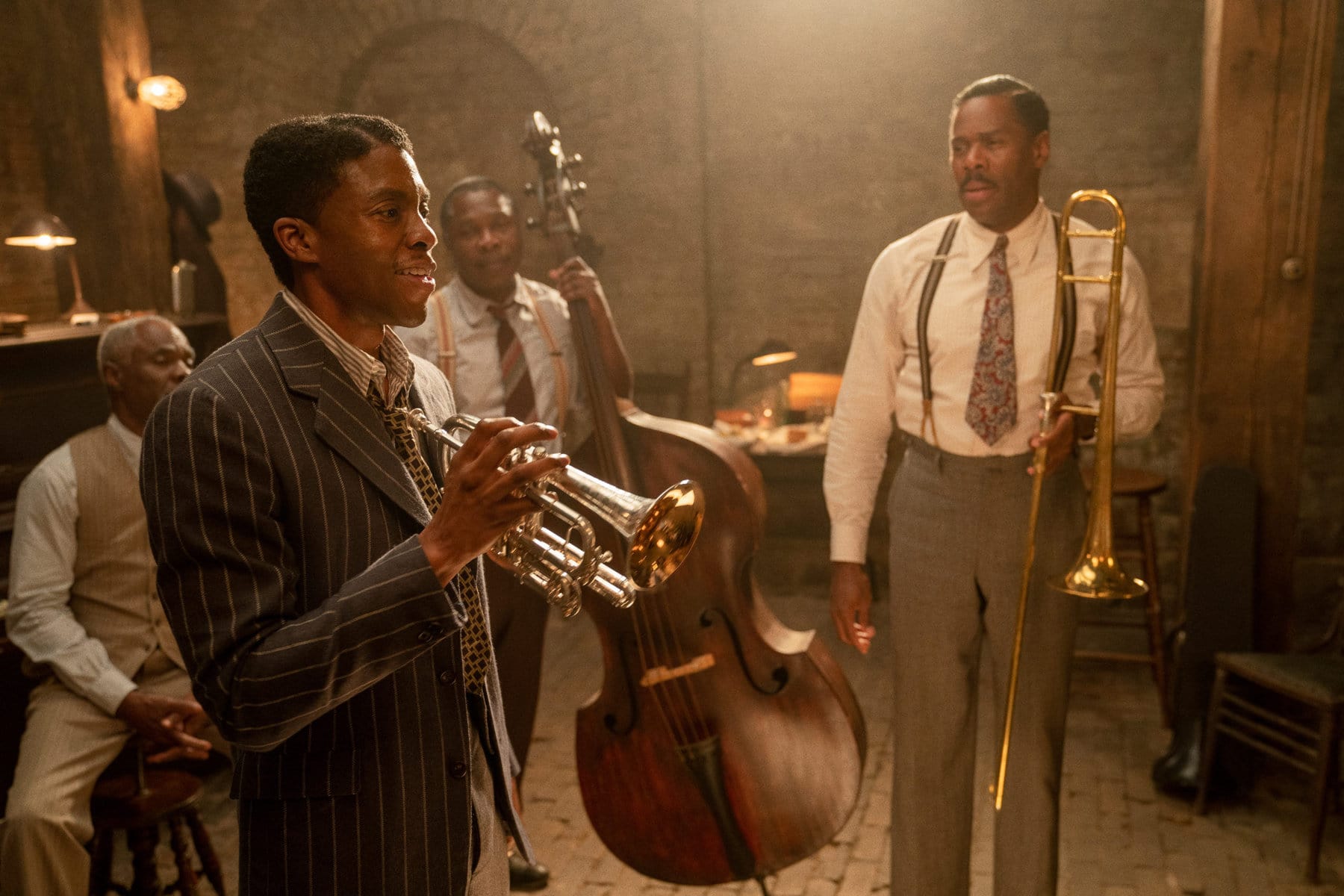 Read more: It Scares Off All Other Competition at the US Box Office

On the point of Levee, Boseman brought a wonderful energy to this film. It’s easy to eulogise in reviewing what turned out to be Boseman’s final performance, but what was most striking was Levee’s determination to break through a locked door in the waiting room only to then find the space beyond dominated by high walls. Levee has been described as one of the best roles for a young black actor, and in Boseman’s masterful hands (along with his tragic death) he becomes a figure for whom we wish to succeed. Scenes where Levee explains his anger at the world and God are some of Boseman’s finest work, and his performance should be recognised at next year’s awards ceremonies.

Boseman’s determined aspiration brings him into conflict with the band and Ma: he’s written a new arrangement for the song ‘Ma Rainey’s Bottom Black’. Davis perfectly captures Ma’s confidence and her candid acknowledgement of how others view her gnarled exterior. Intensely physical, Davis’s performance lurches between Ma’s internal states and rejects Levee’s work, but the talent of the performances and writing makes it unclear quite who we are meant to support.

Scenes throughout the film are often introduced or framed by vapours like smoke, mist or spray, and these are truly scorching performances. With its oppressive heat and content, Ma Rainey’s Black Bottom might not strike you as a film to put on this winter, but watch it for the magisterial work by Davis and Boseman.

What do you make of this review? Let us know your thoughts in the comments below.

Anthony Walker-Cook has spent the past few years "working" as a theatre journalist in London alongside his post-graduate studies. Now, however, he wants to get back to the important things: games, films and good tv shows. Let's have a respectful chat on Twitter: @AntWalker_Cook