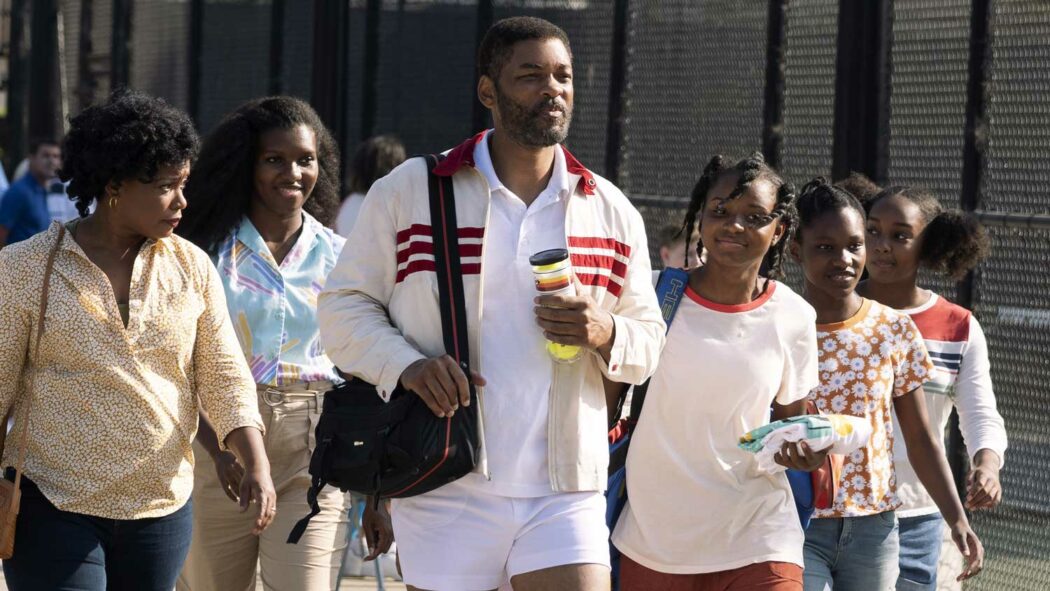 The Warner Bros. Pictures and Will Smith vehicle King Richard, based on Richard Williams and his daughters’ story, (Venus and Serena) which is widely tipped to win him the Oscar for Best Actor has bombed this past weekend on release.

Elsewhere in the UK, the film has been met with tepid ticket sales, which is probably to be the expectation, a film focusing upon American Tennis stars isn’t ever going to set the UK box office alight.

It’s a shame for the film which has been so proudly lauded and acclaimed by critics but it doesn’t look like it’s going to be a hit financially.

This isn’t a factor of Smith not being a star, but more the market currently and the film itself isn’t a drawing factor.

You can’t even hold Smith accountable for a lack of marketing as he’s pushed the film massively over physical appearances and social media.

Was streaming a big effect on King Richard’s release?

You have to wonder if it wasn’t streaming if people would be more willing to buy a ticket to see it rather than watching it at home.

The $50m budget for the film certainly won’t help the financials nor will the $20m kickback to Will Smith as a result of the HBO Max deal.

Ghostbusters: Afterlife finally opened this weekend after delays due to COVID-19.

The Sony Pictures reboot/refresh that cost $75m to make topped the US box office with an expected $44m opening weekend.

A great opening for the family film that has had pretty good reviews for a kid’s film and will probably continue to build box office sales up until Spiderman: No Way Home releases in December.

Outside the US it’s taken $17m on top of that figure and its real only competition you can see would be Walt Disney’s Encanto which will fight for some of the same markets over the coming weeks.

Marvel’s Eternals continued at number two with $10.8m over the weekend and Clifford The Big Red Dog took another $8.1m in third place.

The upcoming Thanksgiving weekend will see a big influx to the domestic box office with the family audience you would expect.

And finally, another No Time To Die record broken, the film now stands as the biggest Hollywood blockbuster of the pandemic era with over $733m worldwide beating Fast and Furious 9.

You have to wonder if it had been a normal box office period, whether $1 billion would have easily been possible.

All eyes now are locked on Lady Gaga in House of Gucci which will open next week with Ridley Scott at the helm.

What do you think of the box office news?

Have you seen King Richard or Ghostbusters Afterlife?