It’s being rumoured that Keanu Reeves is currently in talks to return for Speed 3, which would be incredible if true. This rumour comes from Daniel Richtman’s Patreon page, and he’s someone who’s scoops do sometimes turn out to be true.

Keanu Reeves has gone through something of a renaissance in the past few years. You might call it a ‘Keanussance’ or a ‘Reevesolution’, and he is very much a Small Screen favourite. I think I’ve said it on here before, but I’ll say it again. I bloody love Keanu Reeves movies, even the bad ones.

However, in the past few years he’s made much more good movies than bad ones. You have the three John Wick films, which are all brilliant. However, I do hold a very special place for John Wick: Chapter 3 – Parabellum, which I do believe is one of the best action movies ever made. 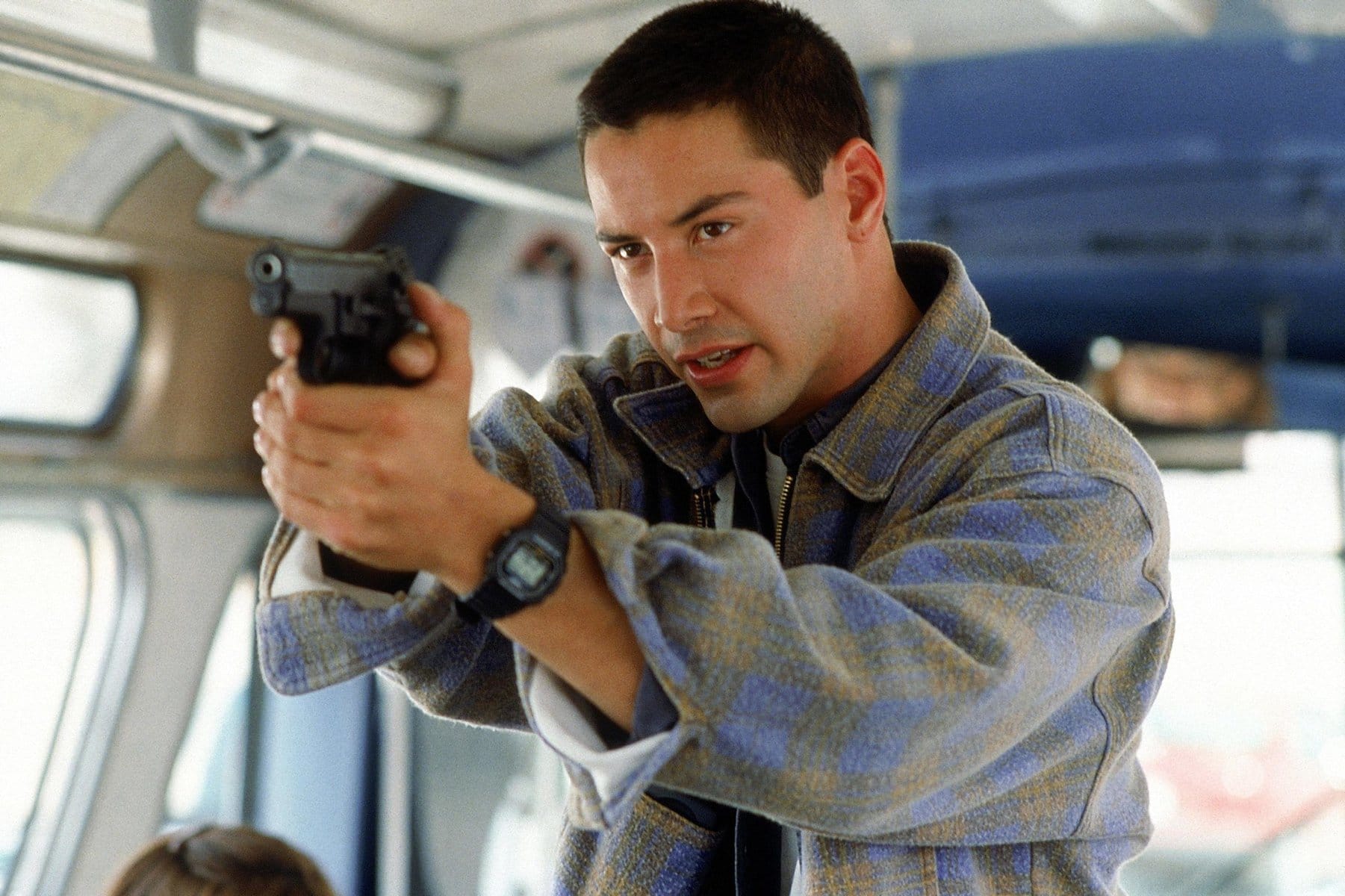 The first Speed movie came out in 1994 and it was bloody brilliant. It featured Keanu Reeves as Jack Traven, a young police officer who has to try and save people on a speeding bus with a bomb attached to it.

If they go below 50 mph, the bomb will explode, killing everybody on the bus. Reeves and Sandra Bullock’s Annie work together to try and keep the bus going at 50 mph and get everybody off the bus before they end up running out of gas and the bus explodes.

They made a second movie, Speed 2: Cruise Control, which starred Sandra Bullock, Jason Patric and Willem Dafoe, and it wasn’t very good. Both films were directed by Jan De Bont, and yet the second film lacked the brilliance of the first. It’s probably because the script was written by De Bont himself, and not Graham Yost, who wrote the first film.  Jan De Bont also revealed that he wrote the script based on an idea he had in a dream in which he found himself on a speeding boat… Wow, what inspiration.

What do you make of this rumour? Would you like to see Keanu Reeves in Speed 3? Let us know your thoughts in the comments below.