It’s A Sin Episode 3 breaks my heart and there’s no denying it will make you cry. It’s March 1986 and AIDS is here and there is no denying its existence anymore. Our beloved gang are making their way in the world by working and even falling in love but nothing is ever easy anymore. In this episode our gang have to deal with the worst, something they never saw coming and to honest, I don’t think anyone saw this coming.

Last episode was all about Jill, well this episode is all about Colin. Callum Scott Howells is faultless, we believe his character and we get to witness the real impact AIDS had. We watch how it affected the person but also affected those around them. Near the end, when Colin is at his worst, those scenes are very uncomfortable to watch. We see how quickly the disease takes over Colin’s body and the man we all fell in love with is no more. It shows us how awful this disease really is and I think that is important. Thankfully medication for AIDS is so much better today however 1986 wasn’t too far long ago, only 35 years so our parents and grandparents would have been around during this time. They may remember or know people this affected and how difficult it was. I have to highlight that even though Callum Scott Howells is fantastic in this episode so is Andria Doherty who plays Colin’s mother. She is a force in this episode and shows the other side of parents. In previous episodes the parents of AIDS sufferers appeared almost ashamed or embarrassed of their child for a) being gay and b) catching AIDS, so it is a nice relief to see a parent who accepts and supports her son and just wants him to get better.

It’s A Sin Episode 3 will make you cry 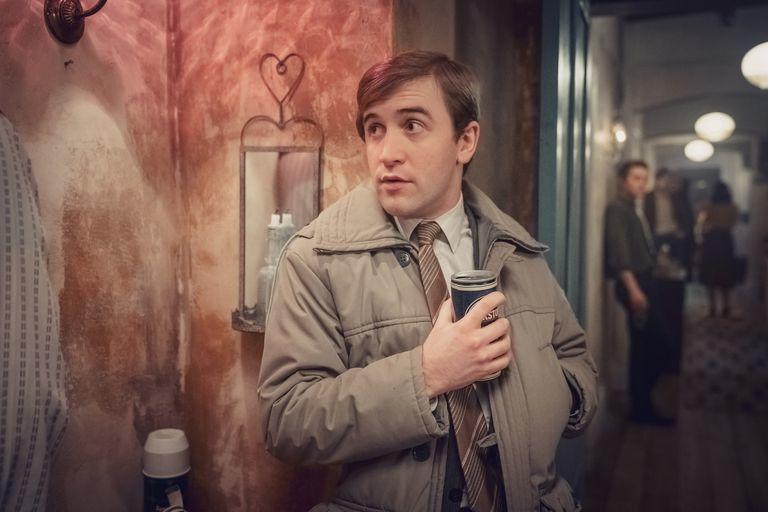 The character Colin was created by Russell T Davies but a moment from this episode is based on a real-life case. In 1985 a man with AIDS was imprisoned in a hospital. A court order was granted to lock the door and refused the man his right to leave. Gay groups campaigned and ten days later the order was withdrawn. This case was one of the first activist uprisings. Similar events happen in this episode, with Colin being locked in his hospital room which looks very similar to the one we see Henry in, in Episode 1. Help from his friends and mother, the order is withdrawn and he is allowed his freedom and goes to a better hospital who treat him like a person. The treatment of Colin feels so real to watch; it is horrible that this actually happened to these ill men back then.

While Colin is ill, Ritchie (Olly Alexander) is auditioning non-stop but what is interesting is Ritchie sort of falls in love in this episode but it isn’t easy sailing. Paranoia is taking hold so all the boys get tested to see whether they have the disease or not. Waiting for the results is nerve-wracking, that feeling of fear and worry is transferred over to us. We are three episodes in now and we have created an attachment to these characters. We can only assume there is more heartbreak to come and it is hinted in this episode. Two of the boys discover their results yet someone decides they can’t handle finding out the results. Therefore, we now have a question mark above that character’s head but I think that moment shows the fear many men did/do still fear. These results could change their lives forever and is it sometimes better not to know because the effect of knowing is huge, like an ostrich putting his head into the sand. 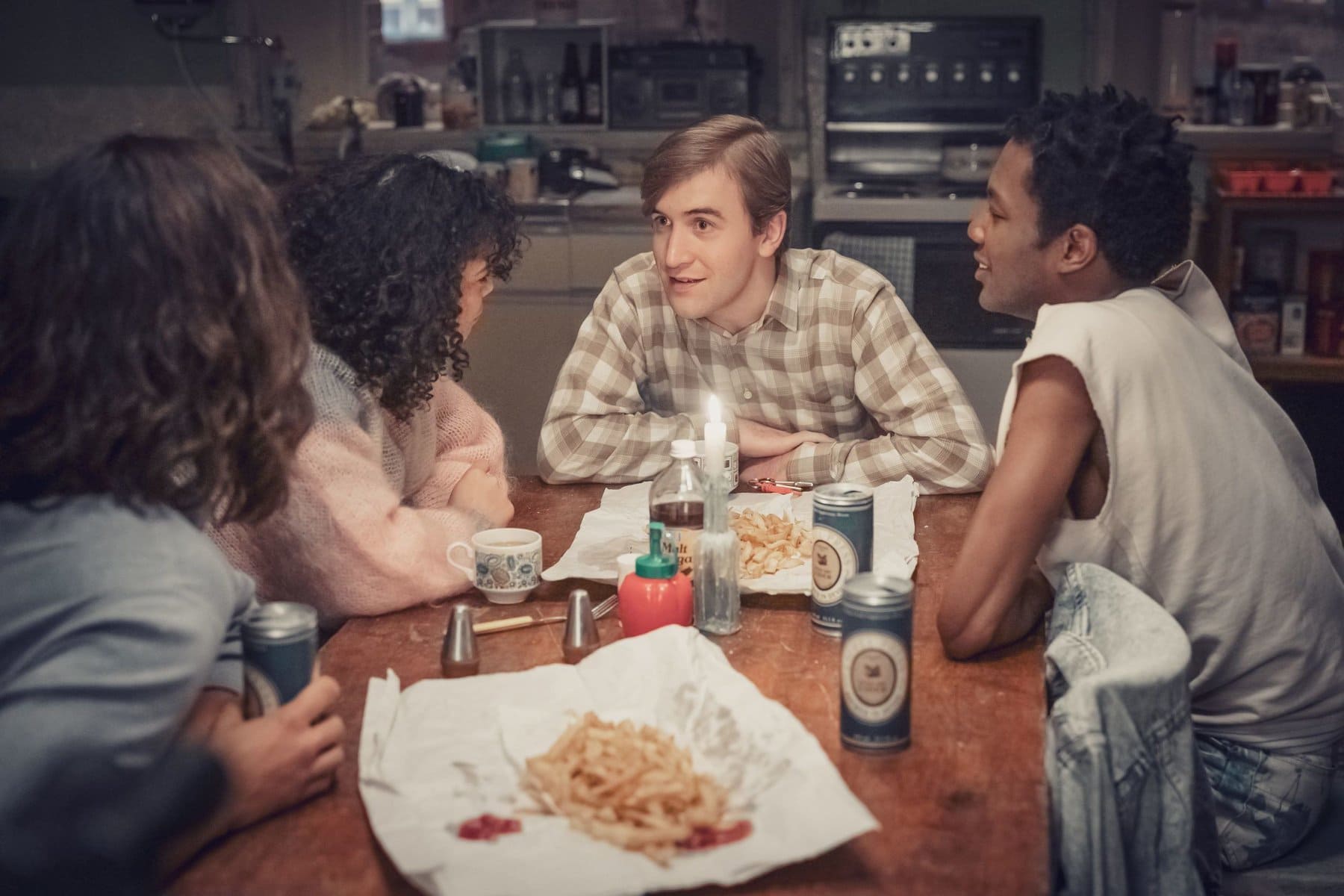 Jill (Lydia West) is a superwoman, when she isn’t acting in a high-profile West End show, she is on the phone answering calls to men who are seeking help with AIDS and are scared, which we know did happen during this time. Alongside this we got some more screen time with Ash but we still don’t really know much about him. Is he just there for show? We know he cares greatly about his friends but I still question what his purpose in this show?

A scene that has stayed with me since watching this episode is when the gang learn of Colin’s diagnoses and Roscoe begins cleaning their shared room. He ends up breaking down and crying his eyes out and we see the real emotional affect Colin’s diagnoses has. Colin was always shown as the innocent one and possibly a bit of an outsider in the group, as he was always more reserved yet his presence had a real impact, especially on Roscoe. It is a shame we didn’t get to see more of this friendship play out, yet Omari Douglas’ breakdown felt very real and very powerful.

As is the norm now, we end each episode with a death, it breaks my heart we have had to say goodbye to Colin but credit to the writing of Russell T Davies, as Colin’s death is so unexpected that it broke me. The performances are perfect, they pull at your heartstrings and we see the real connections these characters have made with each other. This episode really highlighted how men with AIDS were treated, which was so wrong and it is surprising men were treated like that but thankfully that stuff doesn’t happen today. As we end this episode by losing one member of the pink palace is it already being hinted that another member may be infected and could be lost in the final couple of episodes?

What do you make of this review? Did you enjoy It’s A Sin Episode 3? Let us know your thoughts in the comments below.