In It’s A Sin Episode 2, We are a couple of years on from episode 1, it is now December 1983. Our gang consisting of Ritchie (Olly Alexander), Ash (Nathaniel Curtis), Roscoe (Omari Douglas), Colin (Callum Scott Howells) and Jill (Lydia West) are thriving and living their best lives. In summary, this episode focuses on Jill and Gregory (also known as Gloria, played by David Carlyle); Gloria asks Jill for help and Jill must keep it a secret from the other boys.

We spend a lot of our time with Jill in this episode, which is quite refreshing to spend some time with her after spending the previous episode with mainly Ritchie and Colin as we get to see the world through someone else’s eyes. Jill is the only woman in our group hence she isn’t affected by the virus but worries for her friends. Jill Nalder is the inspiration behind Jill Baxter and we will also see Nalder in the series playing Jill’s mum Christine; Jill is based loosely on Nalder’s life which is what we witness in the series. West puts on such a strong performance throughout this episode as Jill goes through a lot and we see her put on a range of emotions from joyful, heartbreak, curiosity and worry. I can’t fault West’s performances are just honest. Her reactions are believable as she responds as most of us would if someone we knew had got the disease. 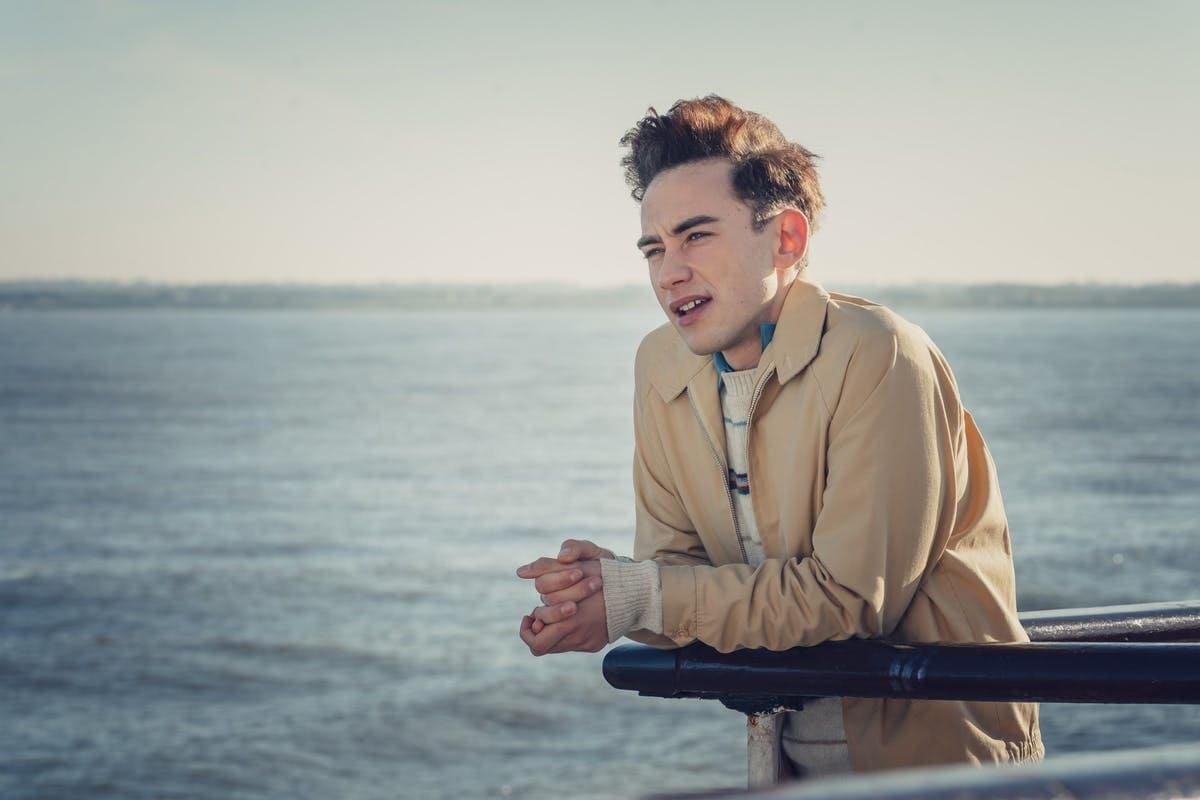 It is now becoming a running theme that we lose someone due to AIDS at the end of each episode and each time it’s upsetting to watch. We don’t know much about Gloria so it is difficult to have an emotional connection with this character. However, when we are given the news, he is ill, we still feel something because it isn’t pleasant to witness a character suffering. His ending still took me by surprise, even though I should have seen it coming. It was cleverly done; we had a happy upbeat song which drastically cut to silence and we were witnessing a family grieving in front of a bonfire. We get caught up in the high tempo and uplifting music and then are plunged into the real effect this virus had on families.

In this episode it is interesting to see how the subject of AIDS was handled during this time, we see a lot of denials especially from Ritchie in this episode. I have to say I didn’t enjoy watching Ritchie in this episode. I found Ritchie quite annoying to watch as he is so oblivious to everything that is happening around him, like his denial in AIDS, obsession with sex and just seems a bit too full of himself, this may be a cause for concern. Ritchie gives us a speech on all the theories and rumours surrounding the creation/cause of this virus and how it may be transmitted but really, they are just ideas and no one has a clue how it is being spread around during this time. A scene that sticks with me is when Jill goes to the doctors asks for some information about AIDS and the doctor refuses. He appears almost offended that she would ask him for that kind of information as if he denies its existence. Jill struggles to find information in the UK and Gloria can’t even talk about. There is a stigma about talking about this disease during this time and even today still. We should praise It’s A Sin for opening this conversation up and taking that stigma away. Today we have more information but in 1983 there wasn’t much hence rumours were spread around instead many people like Ritchie didn’t believe in it until they were affected by it directly. 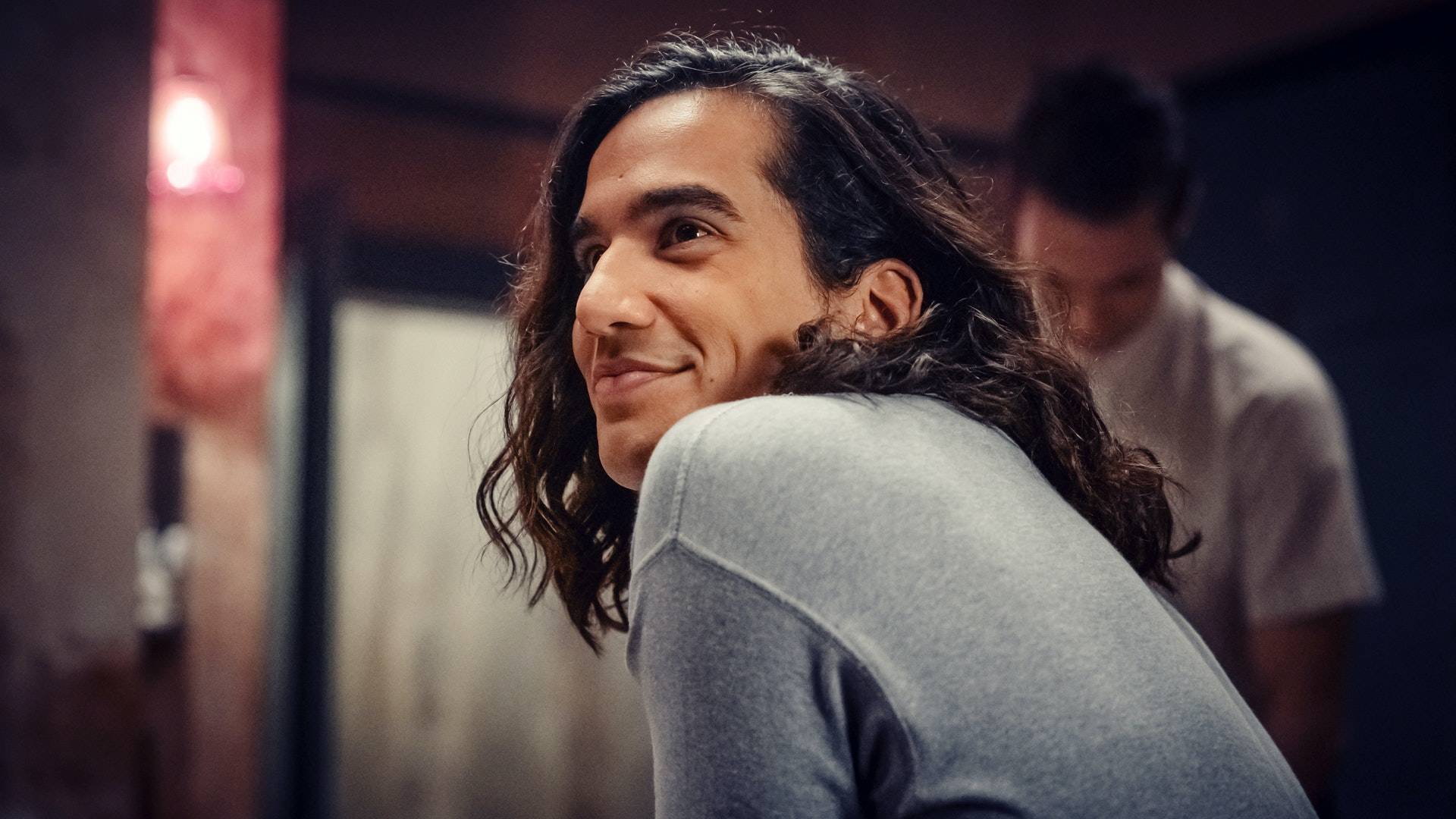 We don’t just deal with AIDS; we still have the subject of these characters living in a world where being gay isn’t acceptable. Roscoe still can’t be with his family so, therefore, he can’t go to his sister’s wedding or visit his family. We discover that his sister got pregnant before marriage and their father has gone to Africa because he needs a purpose in life. He blames his kids for breaking his heart because as a very religious man they are living their lives not in the way he wanted; his son is gay and his daughter got pregnant before she was married. Yet I feel bad for Roscoe’s mother, she has been left by almost everyone except her sisters. It is clear that even though Roscoe wants to live his life differently he still cares about his mother and sister and that isn’t going to change whether he is straight or gay.

We still don’t know much about Ash and his purpose in this episode but we can presume that his presence must have some meaning for the later episodes. Also, I can’t not talk about Colin, he is the innocent one of the group and I don’t think I can handle anything bad happening to him. Colin gets to go to New York but loses his job due to his curiosity into AIDS being discovered, yet he ends the episode happy. Although it is interesting, he lost his apprenticeship due to curiosity into a taboo subject.

The writing is still strong in this episode, all conversations come across as really genuine and honest. They are conversations that we all can imagine having and the responses are given on how any of us would react. Lydia West owns this episode; this is her episode and she does a fantastic job in portraying the conflict to find facts and become informed to keep her friends safe. Jill has become her own character in this episode and isn’t just Ritchie’s sidekick, unlike Ash who we are still waiting for some more development. AIDS is starting to hit home for the group and we should expect AIDS to hit this group a bit harder in the oncoming episodes, which is exciting but also scary.

What do you make of this review? Have you been watching It’s a Sin, and if so, what did you make of Episode 2? Let us know your thoughts in the comments below.