Howard The Duck Animated Show Reportedly In The Works 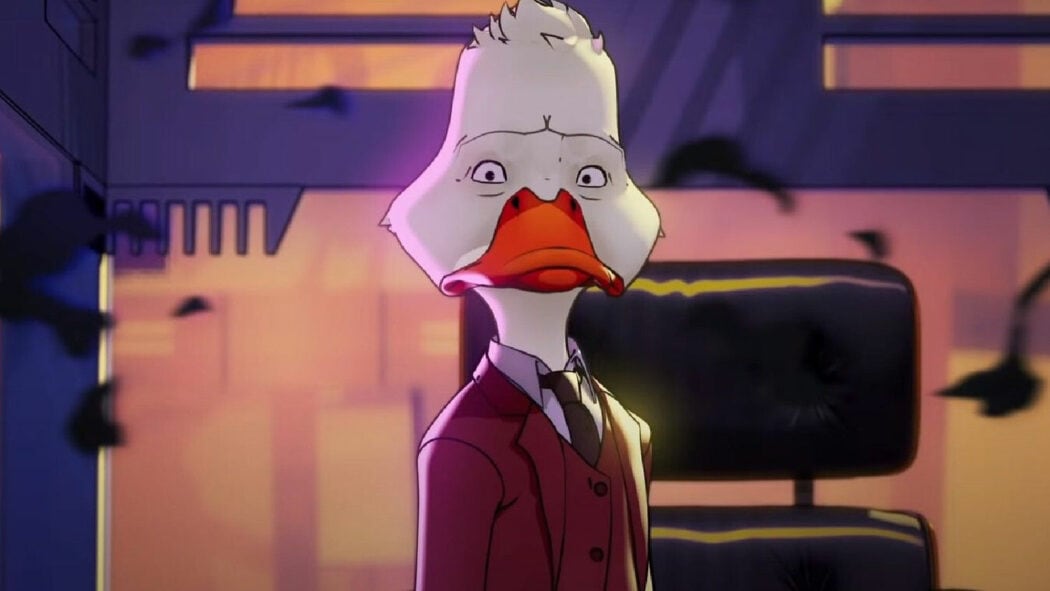 It’s being reported that Disney and Marvel are working on a new Howard The Duck animated show which will be coming to Disney Plus.

Before I get into this article, I need to make it very clear where this story originates from.

It comes from We Got This Covered who themselves got it via 4Chan.

Now, we do not tend to cover stories that have come from supposed leaks on 4Chan.

I don’t even like linking to that site, which is why I haven’t done so in this article.

However, I’ve asked around about this story, and it does seem as though the leak is genuine in this case.

The response I got from sources who’ve been trustworthy in the past has been yes.

This does seem to be a project that’s in development for Disney Plus.

Could a Howard The Duck animated TV show be coming to Disney Plus?

Read more: The Mighty Ducks Return To Disney Plus On March 26th

It’s interesting because it’s almost as if Marvel Studios were testing out the character in the recent What If…? series on Disney Plus.

Howard The Duck showed up in two episodes of that show and was voiced by Seth Green in both episodes.

It seems as though Marvel has really been enjoying putting the character in some of their properties, but haven’t felt brave enough to give the character his own movie or series yet.

Well, given What If…?’s popularity, it seems as though Marvel has finally found a place where the character would work perfectly: animation.

Do you think Disney and Marvel really are working on a new Howard The Duck series for Disney Plus?