It was perhaps the Covid 19 pandemic that could be blamed for impacting His Dark Materials, possibly; with three more episodes left of the series, one spin-off episode was cut from the line up of eight overall. However, episode four left a lot to be desired – but that’s not really anyone’s fault.

“We thought you’d be more hare than tortoise.” It took four episodes, but – finally! – Lee Scoresby has found the man he was looking for. Fleabag’s ‘sexy priest’ finally made an appearance – with show creator Phoebe Waller-Bridge as the accompanying Deamon. But I couldn’t shake that I knew who this was – Moriarty!! – and that sort of ruined the overall impact for me. The story has gone, reduced to the context of reality.

I couldn’t help but feel just a bit underwhelmed; this season of His Dark Materials has spent too long on seemingly insignificant details – while cramming those that are more significant in at the last minute. The Witch queens Ruta and Serafina are the feminist heroes that 2020 has desperately needed – two women in charge, standing against a raging injustice – but so much of the screen time has been spent on this. At the very last moment, we see Magisterium ships blown up, with people dying in quite a horrible, violent way – seconds before the episode abruptly ends. Too much has been crammed into too small a space.

The casting of Mary Malone is brilliant, however. A soft Irish lilt betrays an almost child-like winder; this is the first time Malone has been brought to the screen, let alone executed well enough to be believable. One of the opening scenes is brilliant; a trap has been laid by the Magisterium – by a member who is brilliantly creepy, enough to raise the hackles – which is swiftly detected and blocked. I wonder if this scene was staged for this reason – to show a woman breaking a glass ceiling in a male-dominated world. This is also significant for future plotlines; fans of the books will know who Mary Malone has to play. 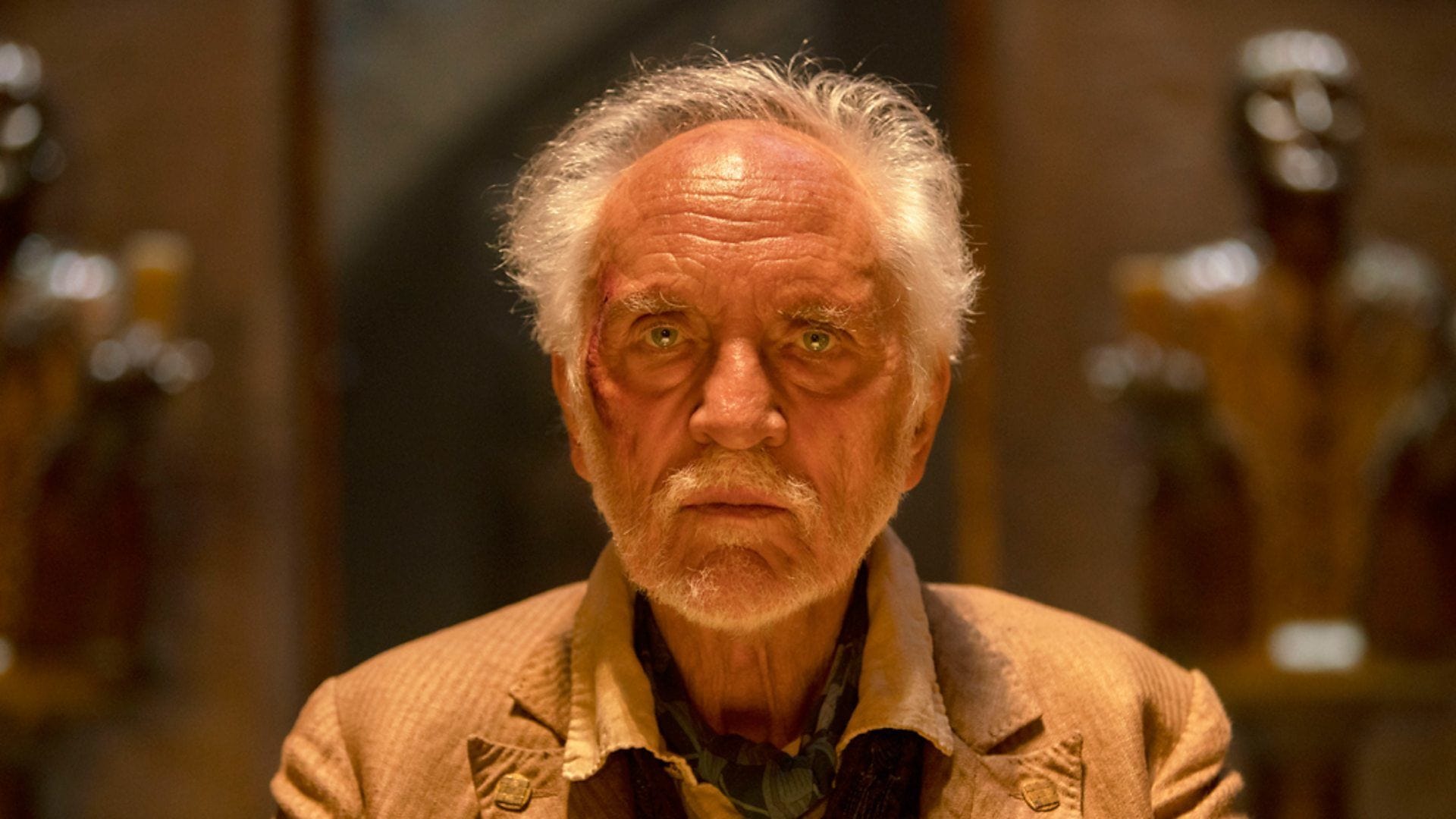 If small children are watching this, His Dark Materials has the potential to be the stuff of nightmares; the Spectres are making their ubiquitous presence known. Although more symbolic in how they wreak havoc – dark, swirling masses seemingly dance across the screen – it seems Philip Pullman’s book has been brought to life with a startling realistic touch. But the very opening of the episode is too clumsy of an indication of what the Subtle Knife has to do with these quite frightening creatures – whereas this is the very end of the story overall, in the books. This suggests to me that there will not be a third series – and that The Amber Spyglass has been combined with The Subtle Knife in this series. Who knows?

Following on from last week’s episode, Lin Manuel Miranda stands out as Lee Scoresby. Rather than being an obnoxiously cocky Texan, there is a vulnerability – and one that brings a more human quality to the character. He bonds somewhat with Jopri – but Lyra is still at the front of his thoughts, somewhat separated from the personalities of her parents. Children tend to be associated with parents — almost as one entity – and this is healthy to see on screen. Scoresby wants to keep her away from James McAvoy’s Asriel – yet a deal is hatched, and one that has potentially huge ramifications. A finale is in need of dramatics, some action instead of a fragmented approach, a crescendo of epic proportions – and this has the potential to be the groundwork. We are told “Don’t confuse the man with the mission” – that good has the potential to triumph, to allow free thought, questions. Some could argue this is a bit too ‘on the nose’ for current times.

Oh, but the Subtle Knife. The prop itself is beautiful – a blade of a litany of colours, matching the very fabric of when we saw Will and Lyra cross into other universes at the end of season one. The scene of acquisition – one involving Will losing two fingers, the significance of which is not quite stated clearly enough – is a bit anti-climatic. This could have been in episode two, at the very least, as well as less time being spent on the logistics – the who, the what. The why has not been made clear – and in my household, there have been questions raised about ‘why this matters.’ It is a beautiful prop; the eye to detail of the set designers is immense, and so well executed.

Can Mrs Coulter be trusted? 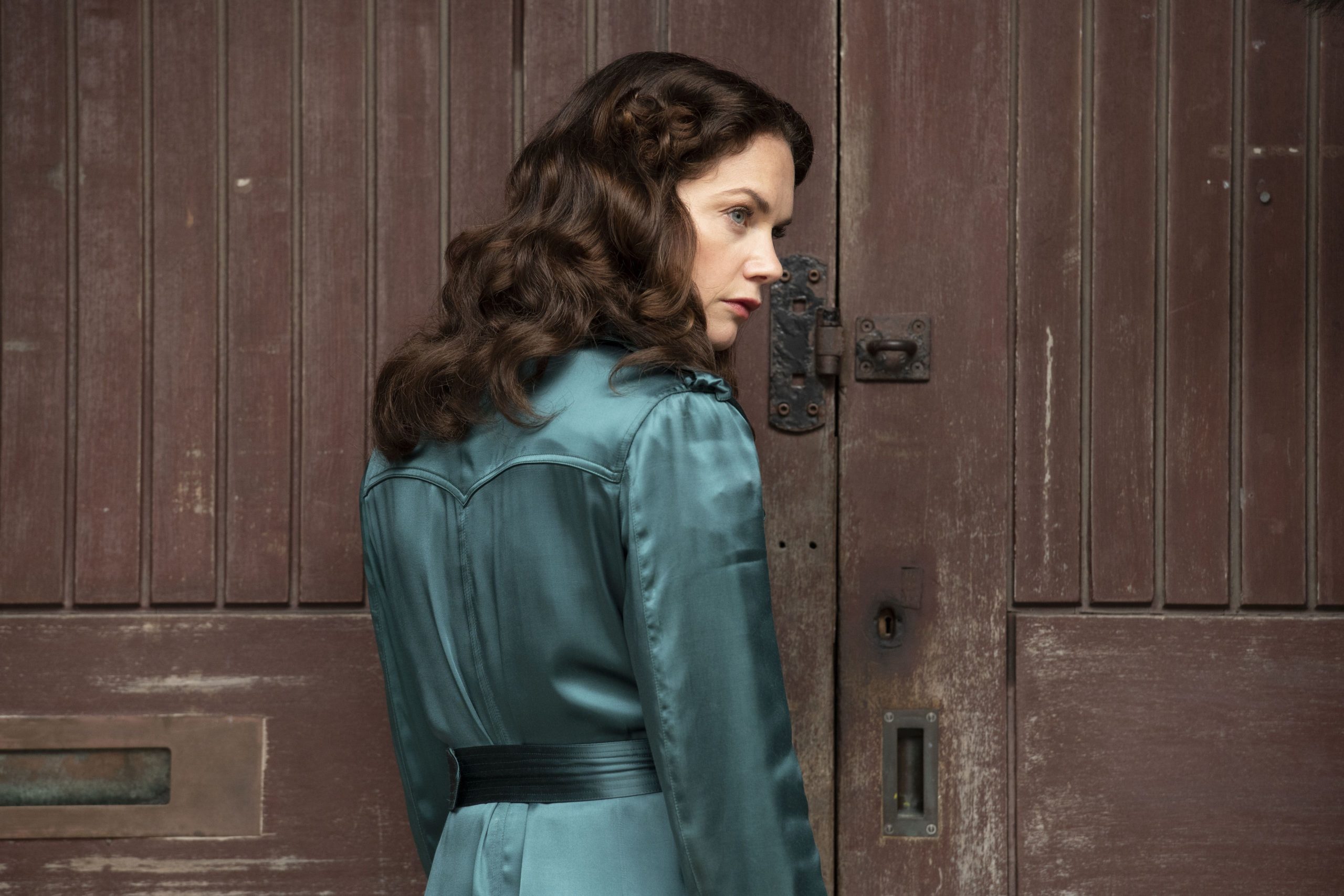 Read more: His Dark Materials Season 2 – All The Questions We Have After That

One scene that was brilliantly done was to do with Deamons. A red panda Pan is the cutest thing ever to be seen on screen. (Fight me – you will not change my mind.) But the rules of Lyra’s world show that touching of Deamons and humans, other than your own, is strictly taboo. So, why on Earth is Pan physically comforting Will? A sharp reprimand from Lyra follows – a reminder of the rules because the human can feel what a Deamon feels. This is an amazing, subtle (pun intended) way for the ending of the drama to be hinted at – one that you will find in The Amber Spyglass. If you need a ‘fix’ in case of an abrupt ending, this will amaze you.

Ruth Wilson as Mrs Coulter is a shapeshifter, someone not to be entirely sure of. Her outfits of jewelled colours have taken on a new meaning – to hide the vulnerability we saw last episode. But is she as good as she intends to be, does she have the best intentions? This episode again had viewers questioning – but perhaps too much time is spent on this.

Mary Malone was the highlight of this episode. The books are difficult to visualise when it comes to the ‘cave’ – simply as details are somewhat vague. But the shadows are in full order, she has cracked Lyra’s way of reading the machine in a powerful scene. And this has so much potential for LGBT representation – if that’s not too much of a spoiler.

What do you make of this review? Have you been watching His Dark Materials Season 2? Let us know your thoughts in the comments below.