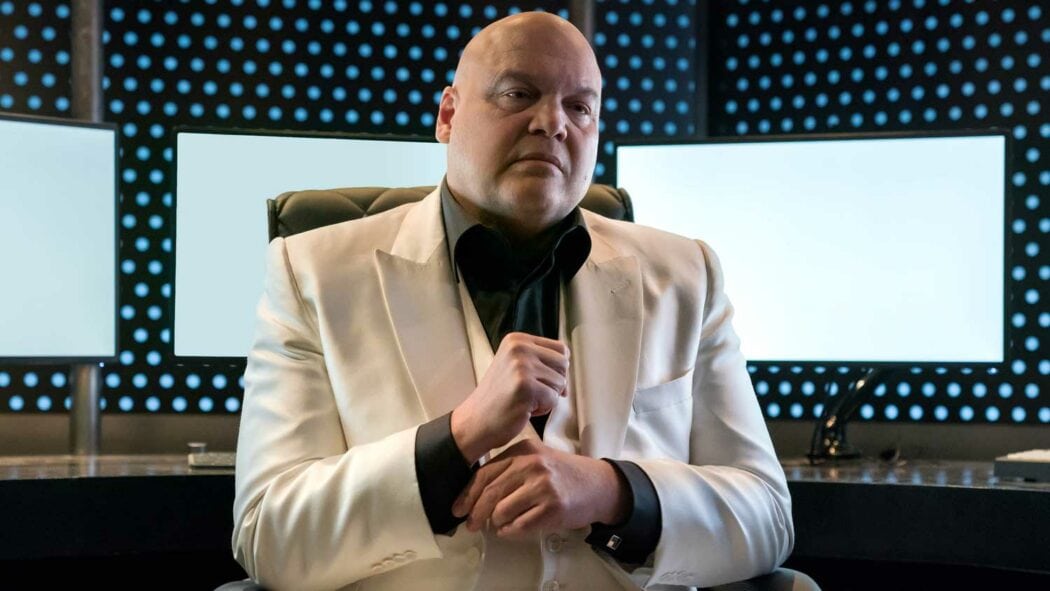 Hawkeye Episode 5 To Introduce The Kingpin To The MCU

It’s being reported that the next episode (Episode 5) of Hawkeye on Disney Plus will introduce Vincent D’Onofrio’s Kingpin, which would be awesome. This news comes from TV Line.

This rumour comes courtesy of scoop journalist, Matt Webb Mitovich. TV Line’s journalist was asked recently about any updates regarding the Disney Plus series Hawkeye.

He then teased a big development. The reporter revealed that he’s heard that episode 5 “should blow up Twitter a bit.” What does this mean exactly?

Well, that was all he had to say on the matter, but it seems as though he’s teasing that this next episode will introduce fan-favourite Marvel villain, the Kingpin, who was teased in Hawkeye Episode 3.

Hawkeye Episode 5 will reportedly introduce the Kingpin into the MCU

The third episode of this new Disney Plus Hawkeye series teased that the Kingpin is coming. There was a scene in which we saw what seemed to be Vincent D’Onofrio’s hand touching a young Echo’s face. The character also chuckled and it really did sound like D’Onofrio’s voice.

Jeremy Renner’s Clint Barton has also teased Kingpin a number of times in the show already. It feels like he’s the person who’s pulling Echo’s strings in the background, which is what happened in the comics also.

Echo thinks that Ronin killed her father, and judging by what she saw first-hand, it does seem as though Barton did kill her father and the rest of the Tracksuit Mafia in the process.

I’m not sure whether that’s what really happened. I mean, any skilled fighter can put on a suit and kill a bunch of people. I wouldn’t be surprised whether Barton wasn’t actually in the suit and that the person behind the killings was actually the Kingpin.

What do you make of this news? Are you looking forward to seeing Vincent D’Onofrio’s Kingpin in Hawkeye Episode 5? Let us know your thoughts in the comments below.