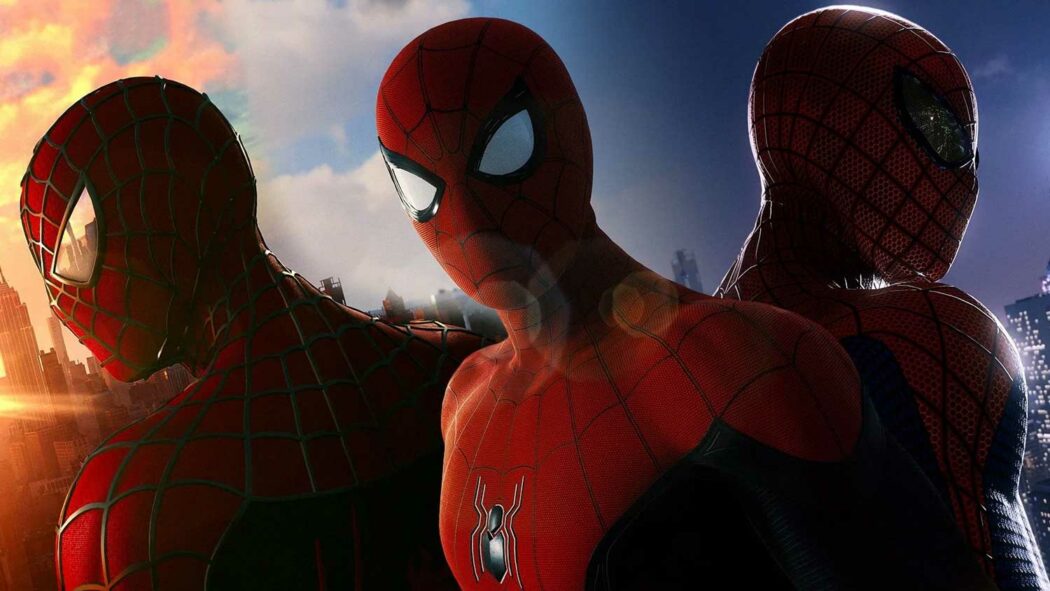 The Graham Norton Show may have accidentally revealed that Tobey Maguire and Andrew Garfield are in Spider-Man: No Way Home. However, this whole thing might have. also been a mistake. Let me explain.

The Graham Norton Show is a very popular British talk show in which they get the biggest movie stars and singers in the world to talk about their upcoming projects. Tom Holland and Zendaya were on the latest episode of the show to promote Spider-Man: No Way Home.

Actually, Henry Cavill was also on the show promoting The Witcher Season 2. It was a pretty darn good show to be honest!

However, if you were to look over at The Graham Norton Show’s Twitter account, then you would have noticed something strange about the tweet promoting the movie. Check out the tweet below and see for yourselves what I am going on about: 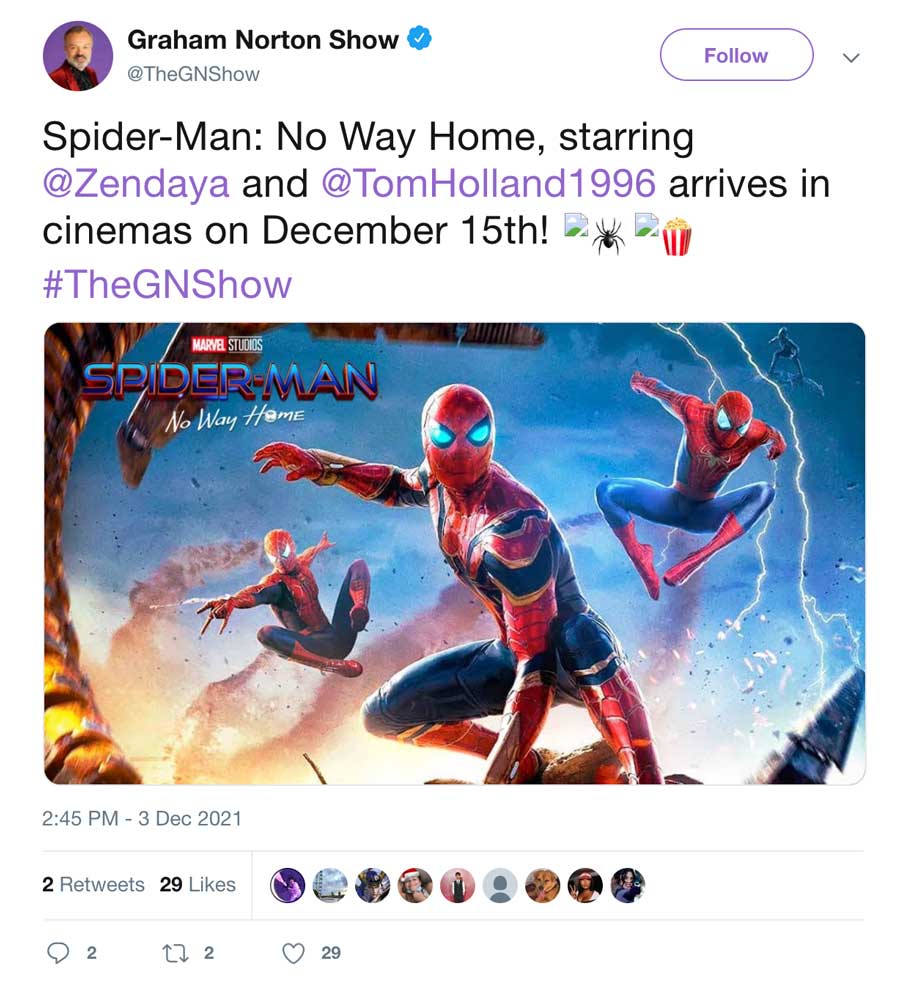 As you can see in this promotional tweet for Spider-Man: No Way Home, The Graham Norton Show’s social media manager used a fan poster in which you can clearly see that there are three Spider-Men.

The thing is, this poster is not an official one, and also I believe the Spider-Man in this poster that’s supposed to be Tobey Maguire’s version is actually from a video game.

The Graham Norton Show seems to have revealed that Andrew Garfield and Tobye Maguire are in Spider-Man: No Way Home

What is strange is that a talk show as well-known and as widely watched as The Graham Norton Show would share this in the first place. I would have thought that Marvel Studios and Sony Pictures’ PR people would have demanded that they take this tweet down by now also.

Sony Pictures wanted to sell Spider-Man: No Way Home on the fact that it will have three Spider-Men in it. Marvel – and more precisely, Kevin Feige were not keen on that idea and they stopped them from doing it.

However, Sony Pictures is in charge of the PR and the distribution of the movie. I’m pretty sure they saw this and saw the engagement on the tweet and just thought: “You know what, we’ll let it slide”.

It definitely got the fans talking and I’m pretty certain that Sony quite likes the fact that their movie is constantly trending on Twitter. People just can’t stop talking about it.