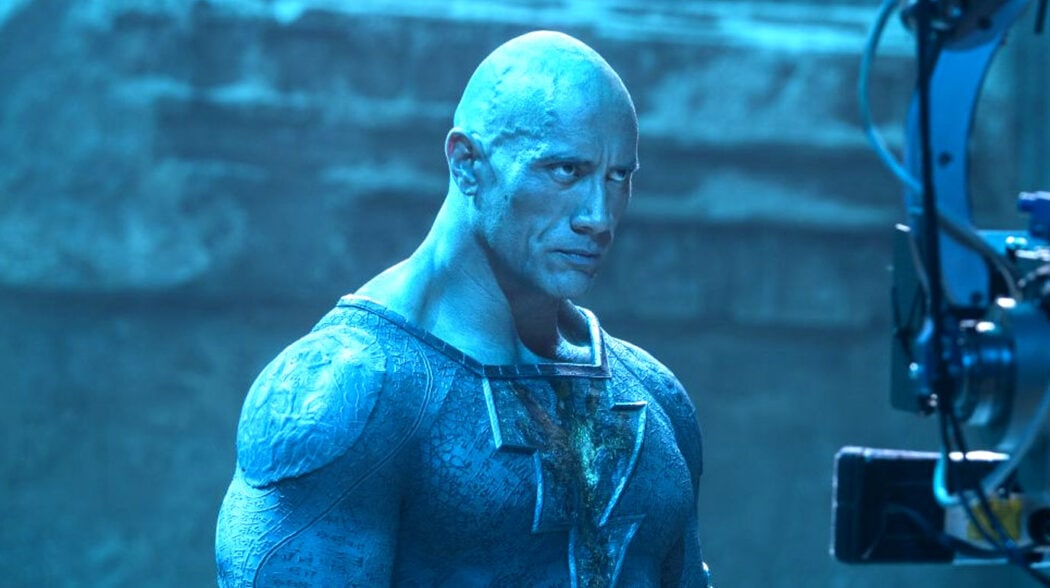 Dwayne “The Rock” Johnson keeps the fire alive on social media as he has posted the first behind the scenes video of DC Films Black Adam.

As the pending merger for Warner Brothers creeps closer to completion, as well as with the release date of the Black Adam movie getting closer, fans are chomping at the bit for information about the highly anticipated movie.

So far, Dwayne Johnson has not let his fans down by posting a bunch of behind the scenes photos. He’s been hyping up the Black Adam movie and getting fans excited. And boy, was it a surprise to come across this bit of gold.

Scrolling through different social media platforms may have you seeing a new video posted with The Rock in his Black Adam costume. This video so far has made it to Twitter, Instagram, and Tik Tok. This video has fans going wild.

It shows “The Rock” walking in his Black Adam costume through a black hallway then through a set of blue curtains onto set and touching a woman on her arm (saying “hey” – always the good guy) as he continues on to the set.

Check out the video below as well as what Dwayne Johnson had to say:

We go to work.

Its exciting, especially after waiting so long for the release of Black Adam. Johnson’s doing so much to promote and gain hype for his new movie and its definitely working.

Of course Twitter is blowing up about the new video – there’s tons of retweets and shares of the video. People are going wild and they can’t wait to see what else will be coming from The Rock with regards to his long awaiting superhero movie, Black Adam.

What do you think of the new behind the scenes video? Are you excited for Black Adam? Do you think it’ll be worth the hype?