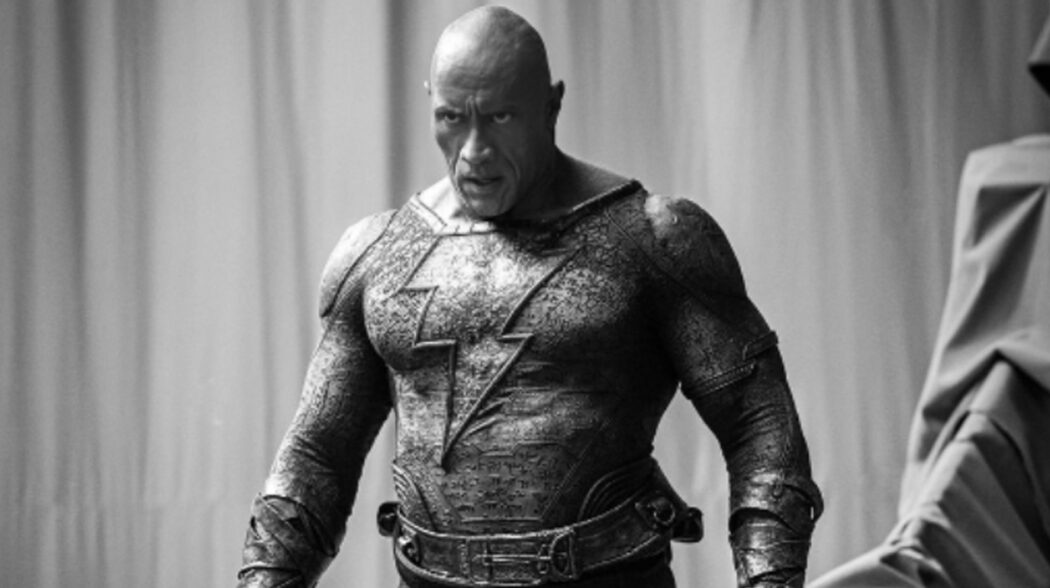 Dwayne Johnson keeps sharing behind the scenes photos from the Black Adam reshoots and although the film was delayed, this is keeping us happy in the meantime.

Dwayne “The Rock” Johnson known for his wrestling career and breaking into the acting scene with movies like the Fast franchise, and Jungle Cruise, among other titles, it was only a matter of time before he got his moment on the screen as a super, such as Black Adam.

With Johnson lobbying to get a role and wanting to go up against Henry Cavill’s Superman and doing FanDome events hyping up the character, it’s no wonder Johnson is excited and posting new pics from behind the scenes.

Check out his latest post on Instagram and the other behind the scenes photos he’s been sharing:

Dwayne Johnson Is Extremely Hyped (And Buffed) For Black Adam

Since the delay of the Black Adam movie pushed the film back to October 21st 2022 – and with Johnson doing the voice of Superman’s dog Krypto in the DC League Of Super Pets taking the spot where Black Adam was supposed to be released on July 29th – it just means that Director Juame Collet-Serra has more time to flesh out some details within the movie that he didn’t have time to fix before.

A star studded cast is set to appear along side Dwayne Johnson in the movie such as: Pierce Brosnan as Dr. Fate, Aldis Hodge as Hawkman, Quintessa Swindell as cyclone, as well as many others, it will be a very important picture for Warner Bros.

Last week he shared this post with his thoughts on playing Black Adam:

Intense week of production continues as we put the finishing touches on BLACK ADAM⚡️ Throughout my career, I’ve had the privilege of playing some great (fun) characters over the years, but none speak to my DNA more than this antihero known as the man in black, Teth Adam. Rage against the dying of the light. The hierarchy of power in the DC Universe is about to change.

Johnson and Collet-Serra have worked with each other on multiple projects in the past and it sure is exciting to see what they come up with for their newest pet project Black Adam. Tons of amazing talents from Pierce Brosnan to Dwayne Johnson seem to be coming out of the woodwork for Warner Bros. and it only goes to show how truly exciting it is for fans to see this movie when it finally hits theaters in October.

What do you think of Dwayne Johnson’s behind the scenes pictures? Do the pictures hype you up for Black Adam?