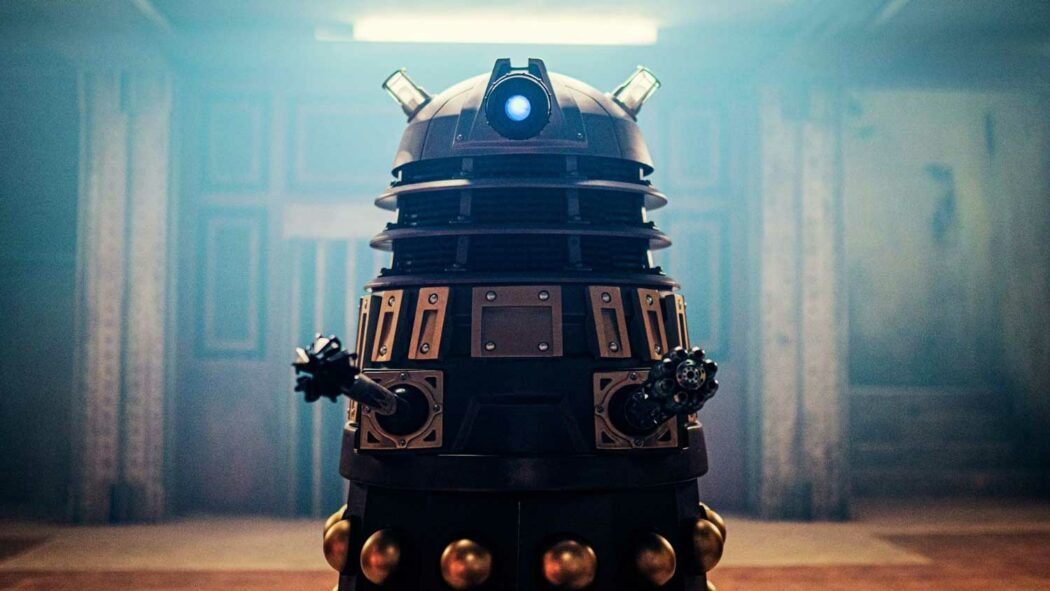 Doctor Who: Eve Of The Daleks Spoiler Review

Eve of the Daleks…? More like Doctor Who Groundhog Day.

The Doctor and her friends and two other humans are stuck in a time loop with Daleks.

Every time they die, they lose a minute to find a way to escape.

A simple plot, yet with an explosion at the end to ring in the new year.

This episode is much more focused on relationships.

However, after the confusing season finale, there are still questions that need to be answered.

DOCTOR WHO SEASON 13 PLOTHOLES ARE MENTIONED

I’ve never seen the Doctor (Jodie Whittaker) die so many times in one episode than in this episode.

However, it was an enjoyable premise to the episode, that made it exciting to watch.

It has to be said that with Chris Chibnall, the Daleks feels like they have been overused a little bit.

However, they are a fan favourite and still bring joy to our screens.

When we finished the latest season, there have been lots of questions.

As the season finale didn’t make complete sense, however, this episode does hint at the plot holes we have all been wondering about.

Yet it doesn’t properly address them, which is a shame.

Therefore, we are still left wondering how life on earth was back to normal so quickly and easily.

Although, the Daleks do speak about the destruction of their fleet, which they blame the Doctor for.

AISLING BEA AND ADJANI SALMON ARE THE PERFECT ADDITIONS!

As mentioned above, this episode is set in a very boring set and the episode focuses on relationships between the characters.

Aisling Bea was hilarious as Sarah; she really brought some comedy to this episode and a lot of honesty.

Sarah felt like a really thought-out character, and the interjections every time her mother rang her, made this character relatable.

We also had the new addition of Nick (Adjani Salmon), who was an interesting character.

What he kept in his storage locker was weird – one possession of every ex-girlfriend he has ever had, in case they want it back one day.

This confession was very odd and almost made Nick quite creepy.

It was a funny moment, but at heart Nick seemed like a decent character, but a bit strange.

It was obvious from the first scene that there was some unrequited love on Nick’s part.

He has a massive crush on Sarah and it isn’t until the end that she starts to be honest with herself about how she feels about him.

As she said, “it’s hard to find a good-hearted weirdo”. 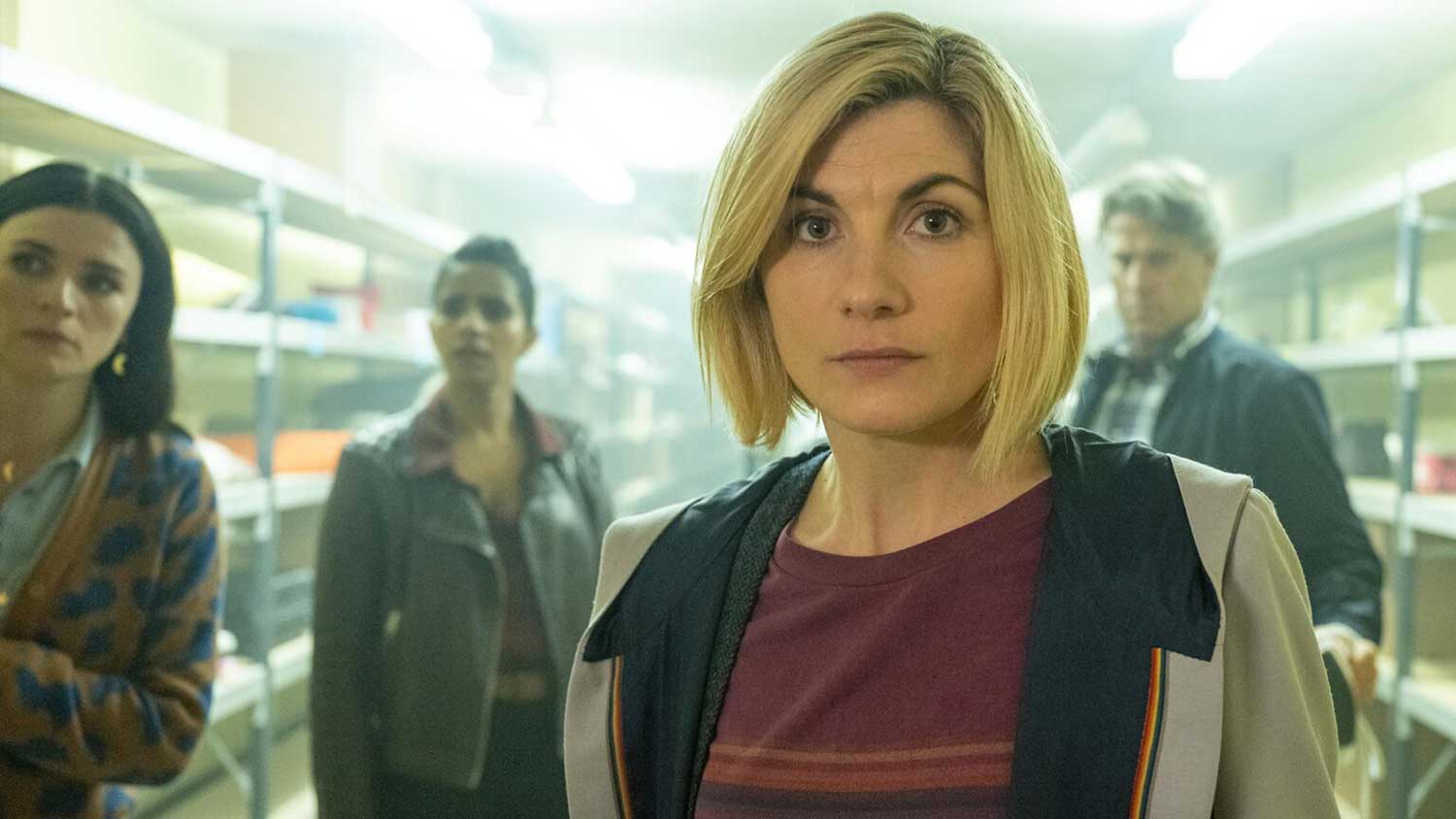 Read more: Jodie Whittaker Confirms She Will Be Back For Doctor Who Season 13

Since they first met, fans of Doctor Who have seen a romantic spark between Yaz (Mandip Gill) and The Doctor.

In this episode, the romance became real and Dan (John Bishop) said what we all have been thinking.

I liked the interactions between both Gill and Whittaker as he tries to tell them both that they like each other.

I wish we had met Dan sooner, as he is a loveable character that I want to continue watching.

The part where we see the realisation on Yaz’s face is heart-breaking, especially accompanied by the line “it’s not that easy”.

Referring to the character’s background and also that she hasn’t even accepted how she feels herself.

Alongside that, it also isn’t easy as the Doctor is an alien.

This was undoubtedly my favourite performance of Mandip Gill.

I felt her sorrow as she tries to tell Dan how she feels. It felt raw and very real.

WILL YAZ AND THE DOCTOR HAVE THE SAME FATE AS THE 10TH DOCTOR AND ROSE TYLER?

The romance between the Doctor and Yaz does give off huge 10th Doctor and Rose vibes.

Especially as we know that Jodie Whittaker will be regenerating soon, therefore how will this affect Yaz?

It’ll be interesting to see whether both characters will profess their feelings towards one another in the next episode or will the writers make us wait until Whittaker’s final episode in the autumn.

The little looks between both the characters say so much.

I’m interested to see if this romance will have the same fate as the Doctor and Rose Tyler.

DODGY MAN JEFF AND HIS FIREWORKS TO THE RESCUE 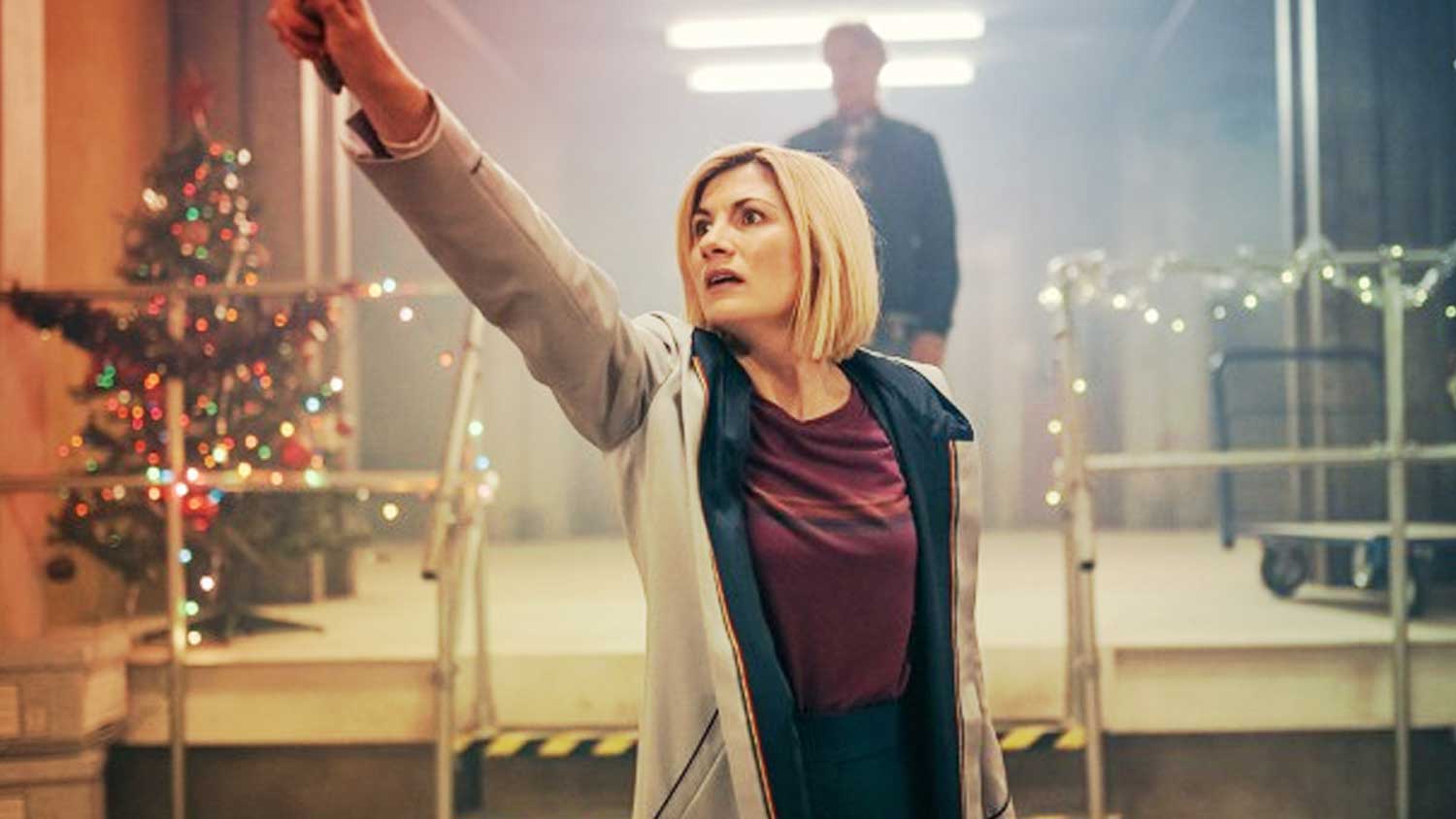 Read more: 8 Things We Want To See In Lucifer Season 5 Part B

Eve of the Daleks was unexpectedly funny and the script was sharp.

There was always something interesting going on, and considering the premise of this episode is quite repetitive, the episode wasn’t boring.

The whole cast was perfection, and the new characters really pulled their weight too.

Aisling Bea shone in this episode, she could make a fantastic permanent companion one day, if she were to return.

I do love the Daleks, but I hope we have seen the last of them for a while.

They were their usual form in this episode, intelligent and frightening.

The running gag about dodgy man Jeff and all of his dodgy stuff in his storage units was great.

Thus, his fireworks helped give this episode and the first of Whittaker’s final episodes go off with a bang.

A very strong episode. If this episode is anything to go by then we have a lot to look forward to with the remaining two Whittaker episodes.

I love forward to the Sea Devils in the Spring!