Around The World In 80 Days Spoiler Review 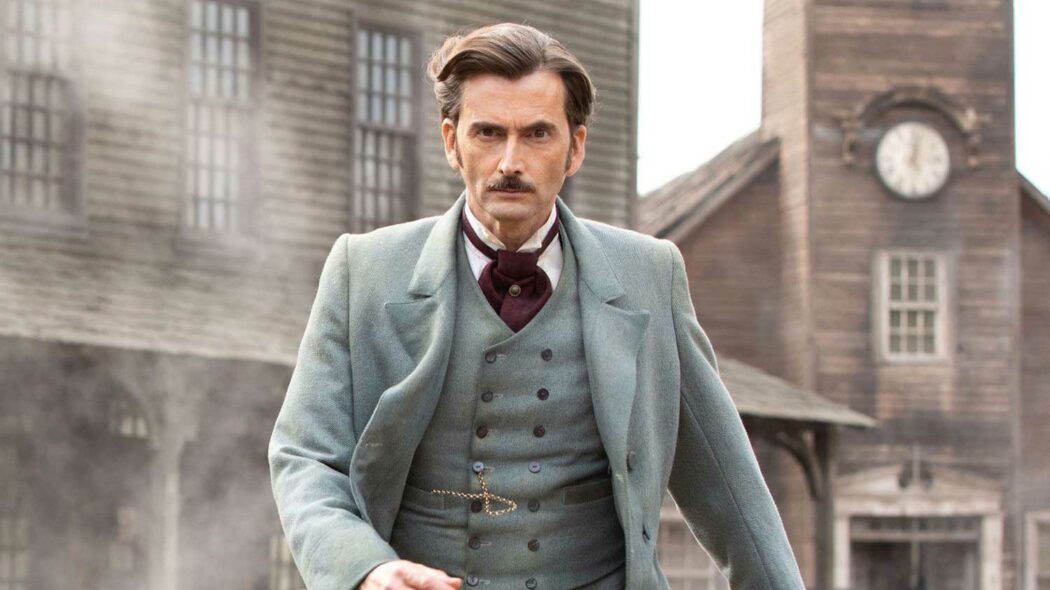 Around The World In 80 Days is a new BBC eight-part adaptation of this classic and famous story by Jules Verne.

This story was published almost 150 years ago, and it is one of the most adapted works across film, theatre, radio, tv and gaming.

This should be an adventurous and gripping series, as it is adapted from the story that inspires it.

This story follows Phileas Fogg (David Tennant) who makes a wager of £20,000 that he can travel around the world in no more than 80 days.

Fogg goes on his journey with his French manservants Jean Passepartout (Ibrahim Koma) and Abigail Fortescue (Leonie Benesch) to try and win his bet.

OUR CHARACTERS FACE MANY CHALLENGES 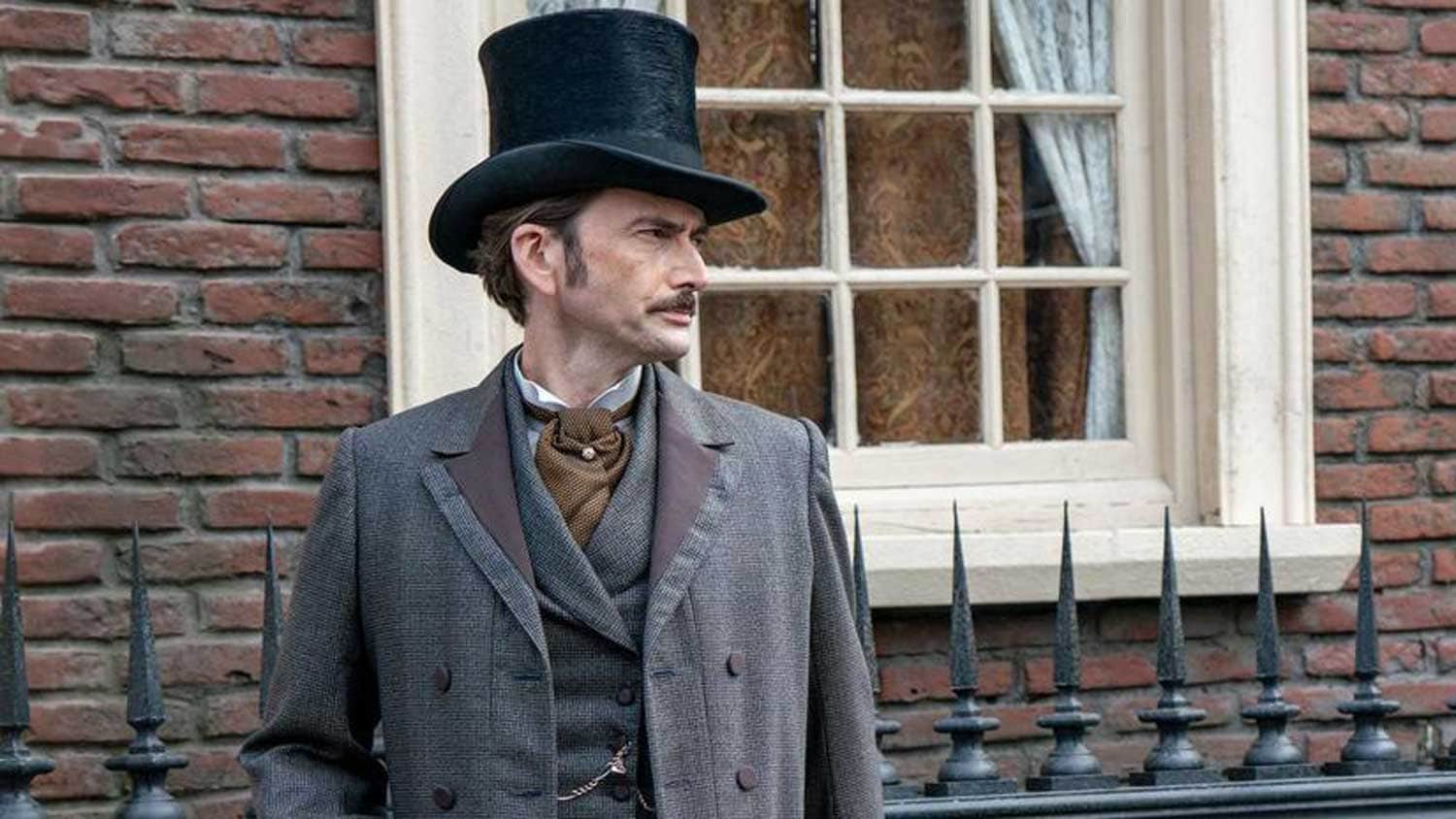 With every episode, this trio faces a range of obstacles, all of them trying to stop them from travelling around the world.

Alongside, the physical obstacles that they face, they all deal with their own inner demons.

Fogg is constantly doubting himself and his manhood.

He is also repeatedly questioned as to whether to can actually complete his journey.

While Abigail is a woman in a man’s world.

She wants to be a journalist and wants her writing to be printed with her own name.

While her father wishes that she would give in and get married and have children.

Abigail is trying to break the norms of this time.

Alongside this, as Passepartout is a black man living in the 18th century he has many common challenges to face.

Yet he is a very intelligent man, that can speak a wide range of languages and has various other talents.

However, killing men is what haunts him the most.

This character has gone through a lot of grief, but all he wants is his freedom.

BELLAMY TRIES TO THWART FOGG AT EVERY TURN

Our main antagonist of this eight-part series is Nyle Bellamy (Peter Sullivan).

He is a very unethical man who is secretly bankrupt.

Bellamy hopes to pay off his debts with the money, he believes he will win from his wager with Fogg.

At first, he doesn’t think Fogg will last a day and then is surprised in how well he is doing.

Which then causes Bellamy to try and sabotage Fogg is any way possible.

Peter Sullivan was very good in this part.

His character was clever and yet you could tell he was a character not to be trusted.

A SLOW-BURNING ROMANCE BETWEEN ABIGAIL AND PASSEPARTOUT 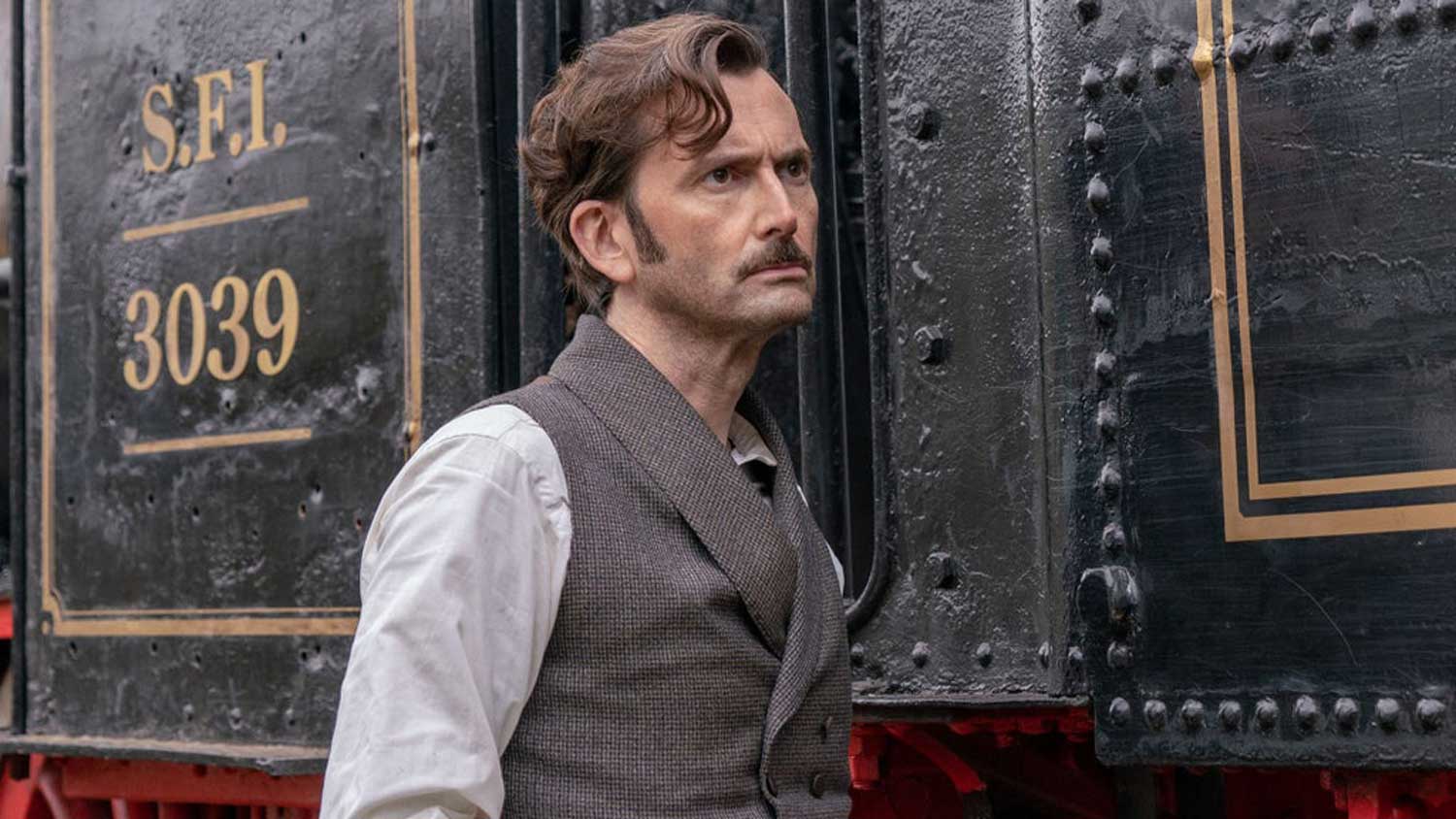 She is feisty and yet she has a good heart.

She cares, but she wants her own life that she decides for herself.

The romance between Abigail and Passepartout was a slow burner, but it worked well.

It started slowly and near the end of the season, something had blossomed.

I’m glad not too much time was focused on their romance, it was a great subplot that was enjoyable to watch.

You always know you will get a great performance from David Tennant.

His Fogg seems like a good man, but a very awkward man who lacks a lot of confidence.

At times, Fogg doesn’t seem to be the lead character in his own story.

Something wasn’t right, it felt as if something was missing from these episodes.

The actors did the best that they could, with what they were given.

At the heart this season centred on an adventure, but it also showcased the society that these characters are from.

In particular, Passepartout suffers the most, due to him being black and having a very varied past.

We meet real-life figures including the aristocratic adventurer Jane Digby (Lindsay Duncan) and Bass Reeves (Gary Beadles) who is escorting a fugitive across America.

In this episode, in particular, Passepartout realises the freedoms he has enjoyed in Europe, are still taboo in America.

FOGGS MYSTERIOUS LOVE LIFE IS REVEALED IN THE FOURTH EPISODE 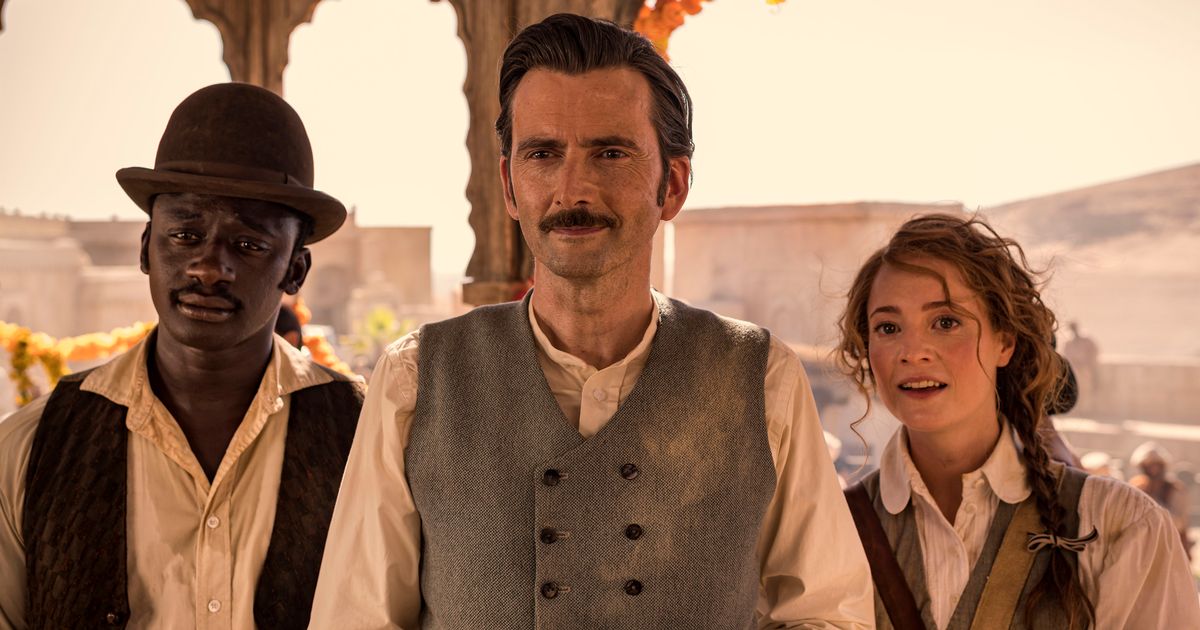 We learn why Fogg is alone and in the fourth episode, it is revealed what happened.

It is such an emotional moment.

It is even better that we get to meet her in the eighth episode.

We had heard so much about her and she became a real mystery.

Was she dead? Was she alive? Was she married? Had she waited for Fogg?

It was a great moment of closure when she did finally turn up.

The scenes between both Fogg and Estelle were a long time coming and didn’t disappoint.

I found episode 6 very slow and repetitive. It was more like a shouting match and yet important secrets are revealed. The ending of this episode was much better than the start. This episode, focused on our main three lead characters, yet there wasn’t much action as the characters were stranded on an island.

It was great to see how far these characters have come and the friendship that they have formed with one another. Especially as they all started off as strangers to begin with. Out of all the episodes, I felt as if this was the weakest. It needed a lot more action, or the conversations to have more variety.

AROUND THE WORLD IN 80 DAYS WAS GOOD, BUT A LITTLE UNDERWHELMING 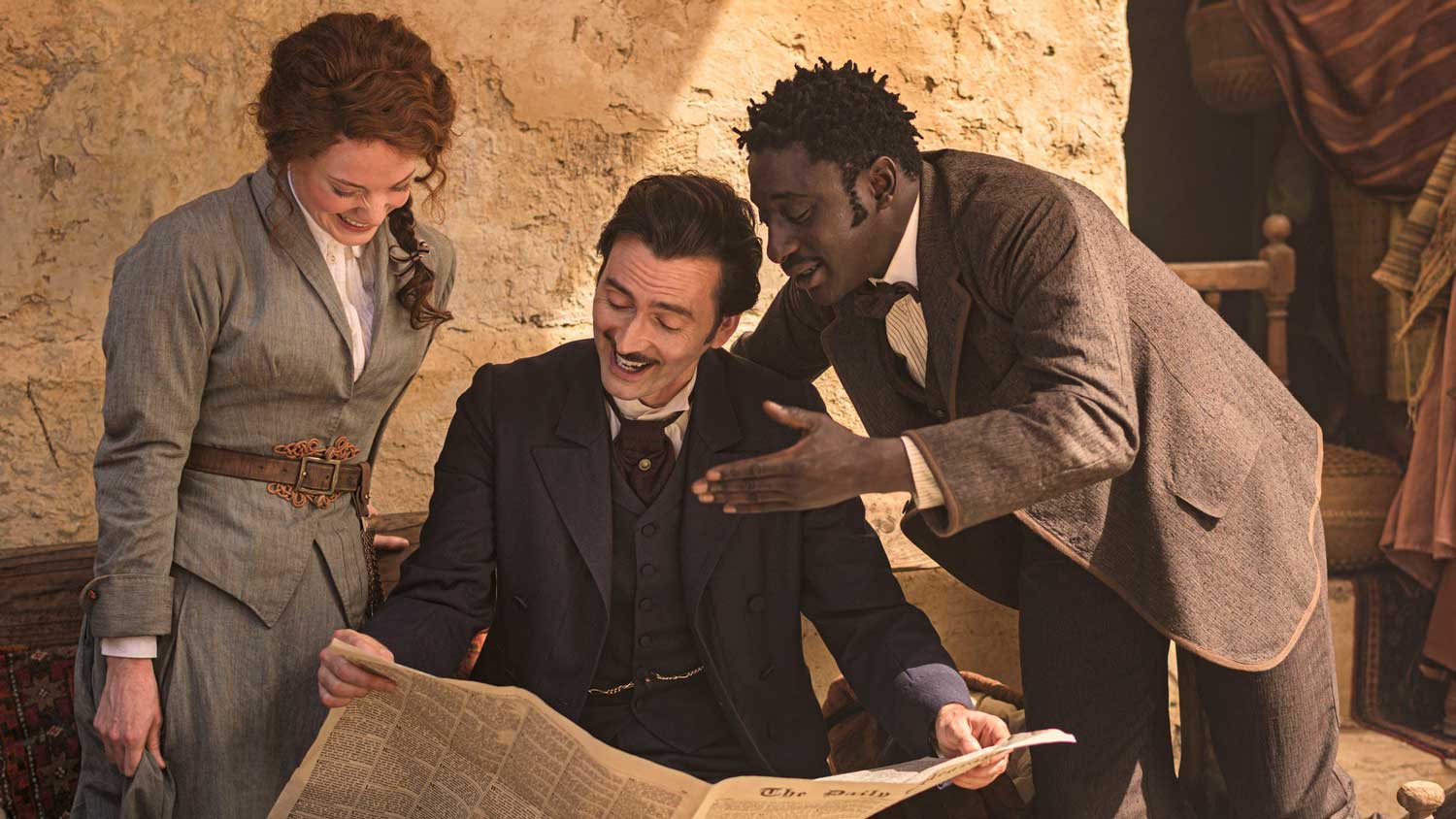 Read more: Lucifer Season 5: Ella Lopez Will Have A Romance But It Won’t Be With Dan Espinoza

The ending is quite sweet and a real friendship has been made between the three characters.

Overall, some of the episodes felt quite slow-paced.

The cast did well in their roles, but I felt Benesch and Koma, put on a better show than Tennant.

I enjoyed the eight episodes, but I was also left hoping for a little bit more.

The sets weren’t very impressive and at times the script could have been better.

I liked where this adaptation was going, but it wasn’t very memorable.

Aspects of these eight episodes were good, but it felt me feeling a little bit underwhelmed.