Lauded and yet somewhat derided, the live-action remake prequel of the story of Cruella Devill has shown the need for a nuanced villain. You can hear the groans of yet another live-action remake – and indeed, even I myself wrote about a hatred of live-action remakes, on the grounds that it was just an excuse for a lazy reworking of stories we already know and have been told time and time yet again. But Cruella is different, with Emma Stone and Emma Thompson in the title roles respectively.

Cruella Is More Than Just ‘How She Got Bad’ 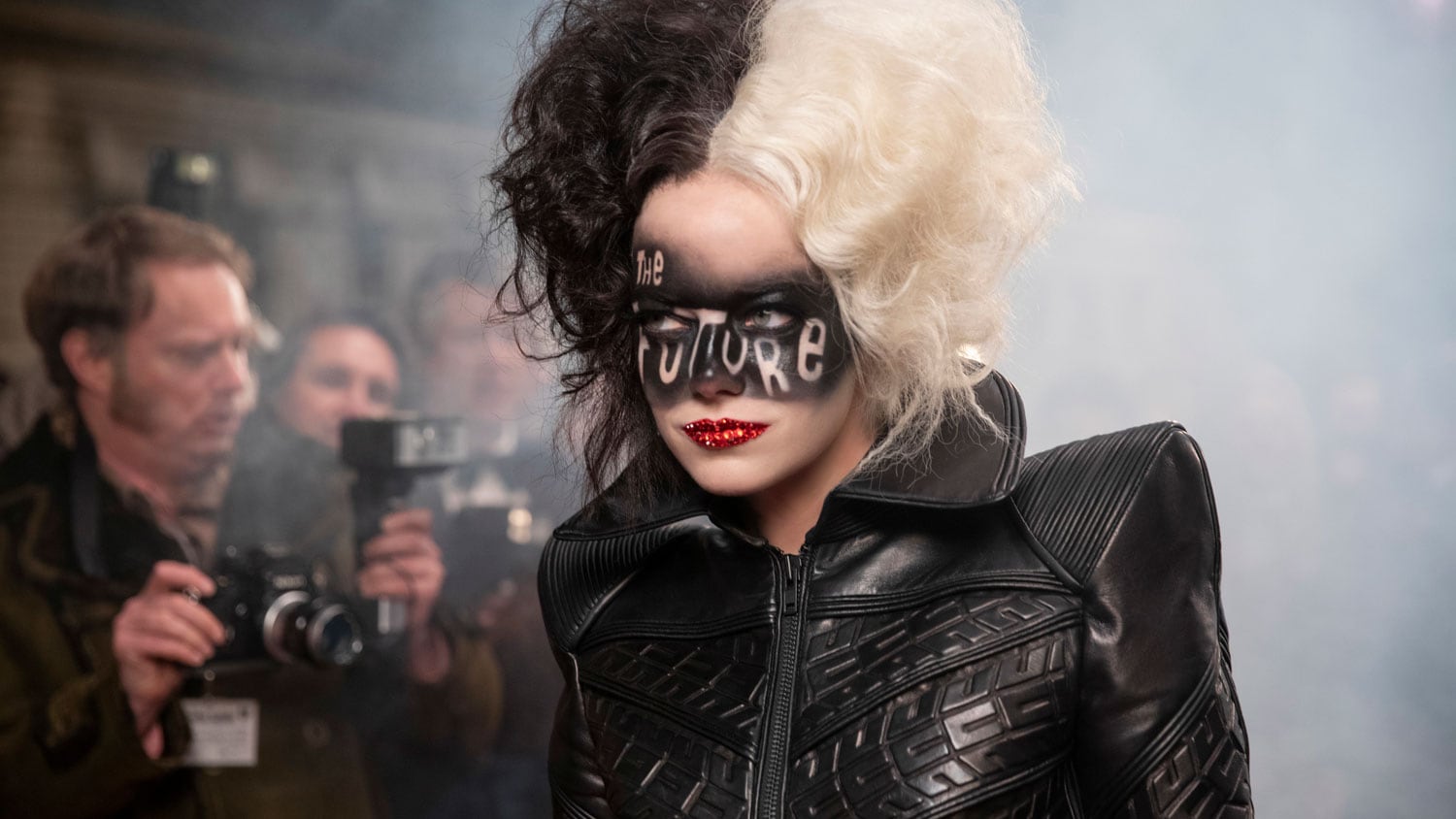 Cruella is more than just a story of just ‘how she got bad’ – bad grammar intended. To define such a film in this way would lack nuance. Rather, it is more the story of how she all but became herself, an incantation to take on the world that had done her extremely wrong. There is the sweet and simpering, naive self that looks at the world as it could be better and how to make it better, vs the bitten and bitter self who lets loose an all-consuming female rage. An element of feminism lurks within this film, such as how to be a better boss, how to take on the world someday. Would you not feel that way inclined, for example, if killer Dalmatians had killed your mother, although even reading this sentence borders on the frankly absurd?

Besides, there needs to be a comparison drawn here. Joker was lauded for the spin it presented on Batman’s arch enemy, in that is showed an individual clearly experiencing several different mental health issues sans adequate support. That film was highly praised. Arguably, Cruella should have been in the same vein – for casting an alternative view on somebody once so very demonised. I’d like to ask if female rage is still viewed under a slightly sexist lens for this reason, however. 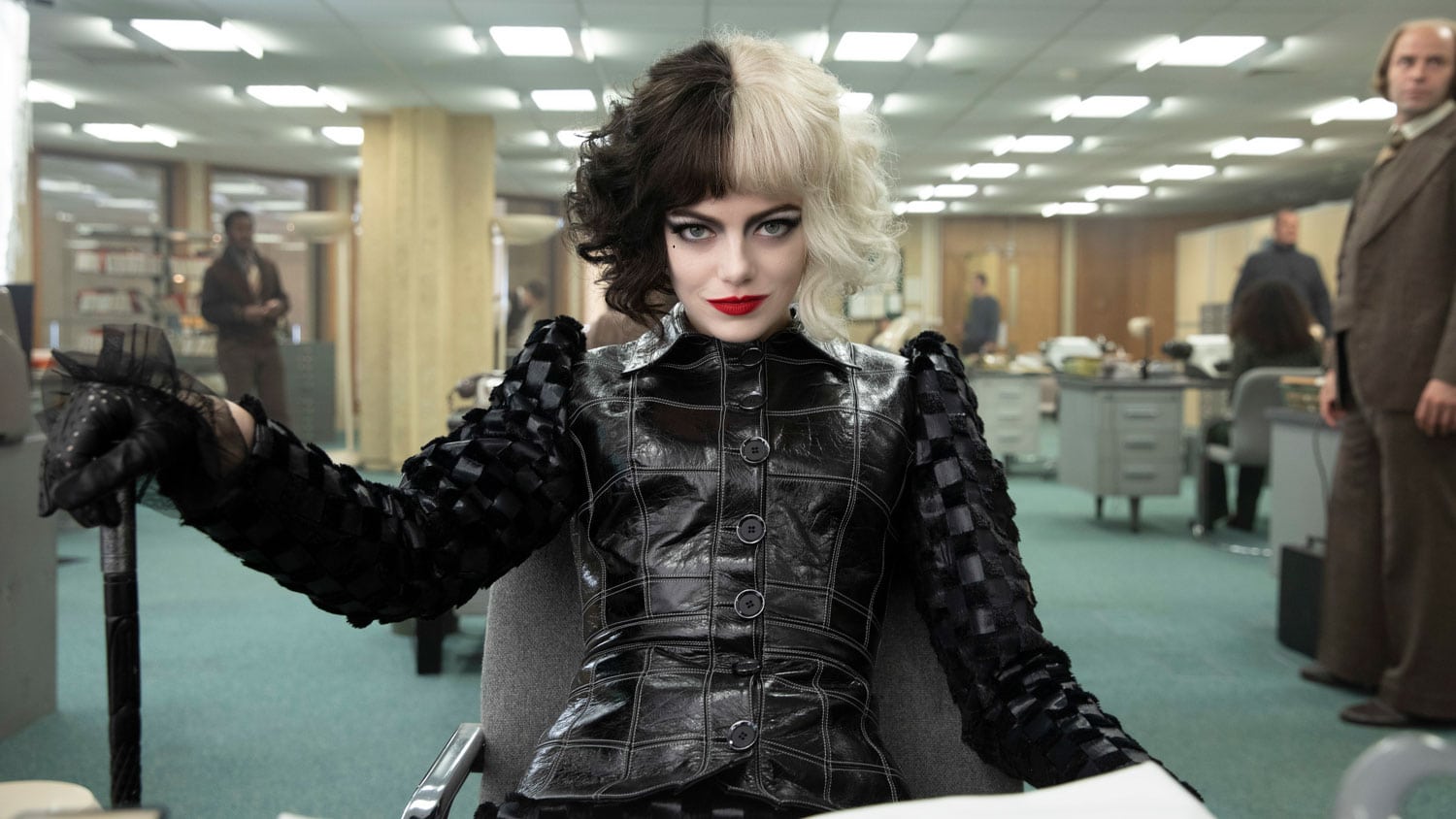 Live remakes can be lazy – but a prequel has the potential to be far more unique than you may very well think. The outfits have a startling pizazz, the witty one-liners are delivered with such distaste they will make you laugh. Honestly, I thought I’d crack a rib at times. Emma Thompson is great – and the withering use ‘imbeciles’ as she fashionably stomps about, in the pursuit of ‘art, darling’, will bring a smile to any face. This is not just for children. Anyone who loved this story will enjoy such a feature film, too.

A world without a pandemic defining our lives is starting to become a very real prospect, especially with the vaccine rollout. But questions are still being asked about how we will all have to adapt, even just a little bit, eventually – just to ensure ongoing safety, to ensure a travesty will not happen again. Will live-action remakes become popular as we emerge from this long nightmare? If Cruella is anything to go by, the response is probably highly likely.

Just a word of warning, though; there is one scene where the CGI is more than a little bit lacking – to the point of being laughable, for how silly it looks overall in a moment of madcap revelry in evil. If you re-watch an old Doctor Who episode from around fifteen years ago, you will likely be struck by how awful and dated the effects looks – such as with cardboard cutouts to show damage by a killer Christmas tree. This was one of those times, and it was a real shame to have the one moment within a film otherwise flawlessly executed.

Read more: Black Widow Coming To Disney Plus And Theatres In July

We all loved and loathed Jasper and Horace, the two henchmen of Cruella Deville, as children. One would end up frozen while puppies made their bid for escape, for example. Here, however, they grew up with Estella, who later turns into Cruella. Both are thieves who have to make do with what they can scrape together, thanks to the state not taking any such responsibility. They will have the back of their Estella right until the very bitter, final end.

This begs the question, though; what makes an imbecile an imbecile, a much used and pontificated word in this film? Arguably, it is the Baroness, played by Emma Thompson in exquisite, over the top fashion, who is this. An insult for people who wish to be a barrier, holding back future prospects of bettering yourself, there is a true rags-to-riches, rage-against-the-establishment-you-want-to-be-part-of feel to this. The two-hour duration may feel a bit much, and the film can drag at points with scenes perhaps overwrought and overdone. But this has an old-world charm to it, something for families everywhere.

A Cruella Sequel? Yes Please – Maybe For Next Year 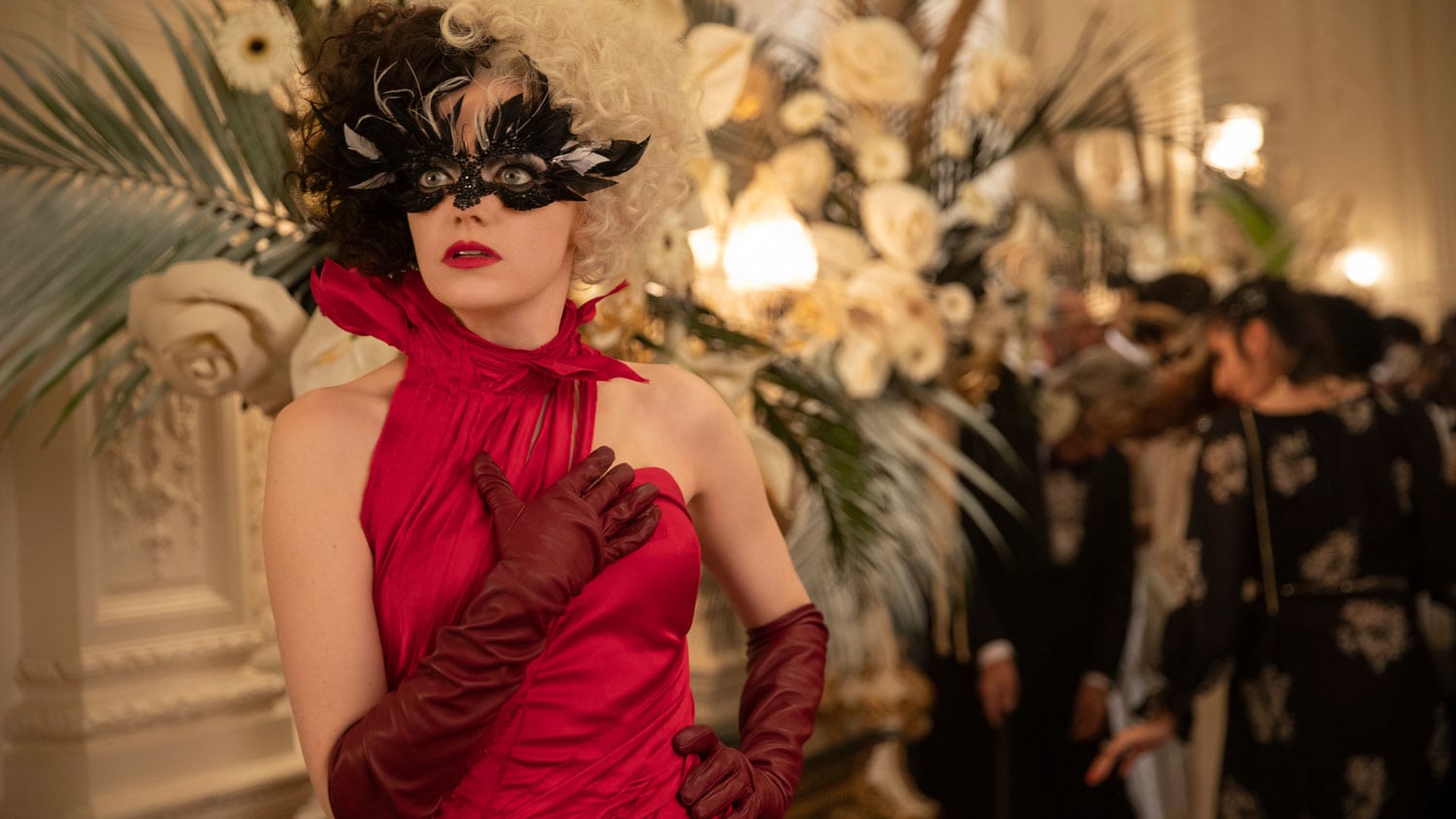 Read more: Here’s What To Watch When Cinemas Re-Open This May (Hopefully)

As a prequel, this leaves open the possibility of 101 Dalmatians. Two Dalmatians are given as gifts to Anita and Roger, which we all know from the Glen Close film of 1996, makes for the events of the legendary 101 Dalmatians. Everything has been tied together, no plot turn left anymore – but there are threads of a plot you can pull at to get another instalment.

Read the Cruella live-action Wikipedia page, and it will seem that this was filmed, executed and put together to get to the moment of ‘wrapped’ rather quickly. Just add divine accents – Emma Stone has executed the upper-class accent of the sixties and seventies, with just enough scorn to add to an iconic character. The withering looks and old put-downs have given Emma Thompson’s Baroness character another dimension others would likely fail to achieve. It may be slow to begin with, but she is more than just a vindictive Miranda Priestly known for coldness and bitterness. This is comical, enough to the point where you cannot laugh. Just add period detail to make your heart melt.

Cruella is out now.

What do you make of this review of Cruella?

Are you looking forward to seeing it?