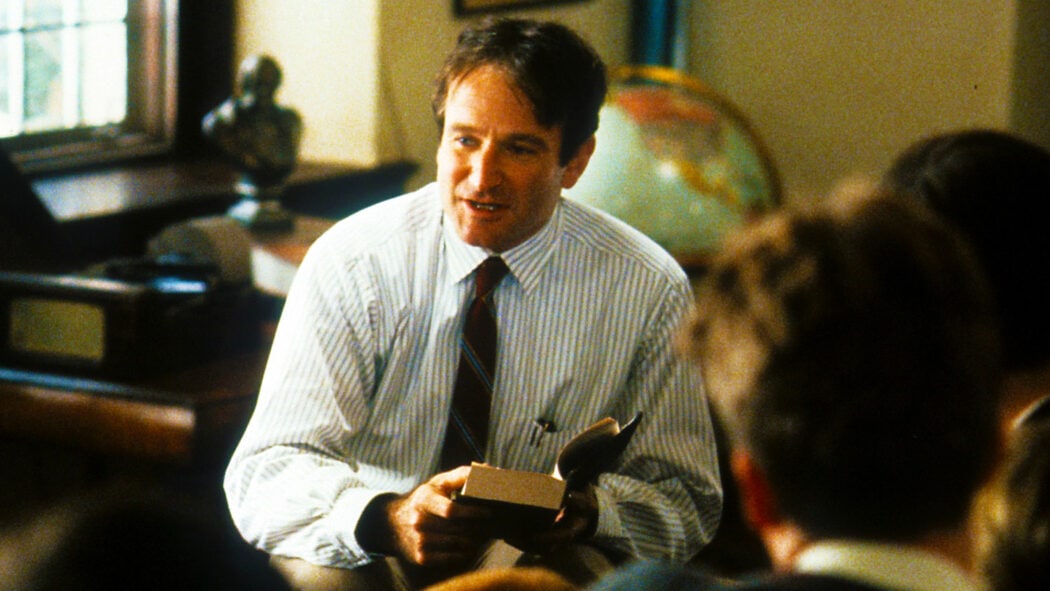 Maintaining a study routine is not easy, as sometimes it gets too monotonous, and we are inclined to give up in the middle of the road. The content to be learned is often extensive, and the time to do so short – not forgetting the moments of leisure and rest, which are just as necessary as the study time. In this case, there is nothing better than using your leisure time to motivate yourself and films are great for that.

It is common to prefer music, films, and television programs to rest, as students are usually tired of reading so much. Why don’t you spend this time in a more useful way too? Here are the 9 of the best motivational films that will help you to rest and, at the same time, give you strength and encouragement to continue with your study plans and achieve your goal of passing your exams.

What are motivational films, and how can they help you? 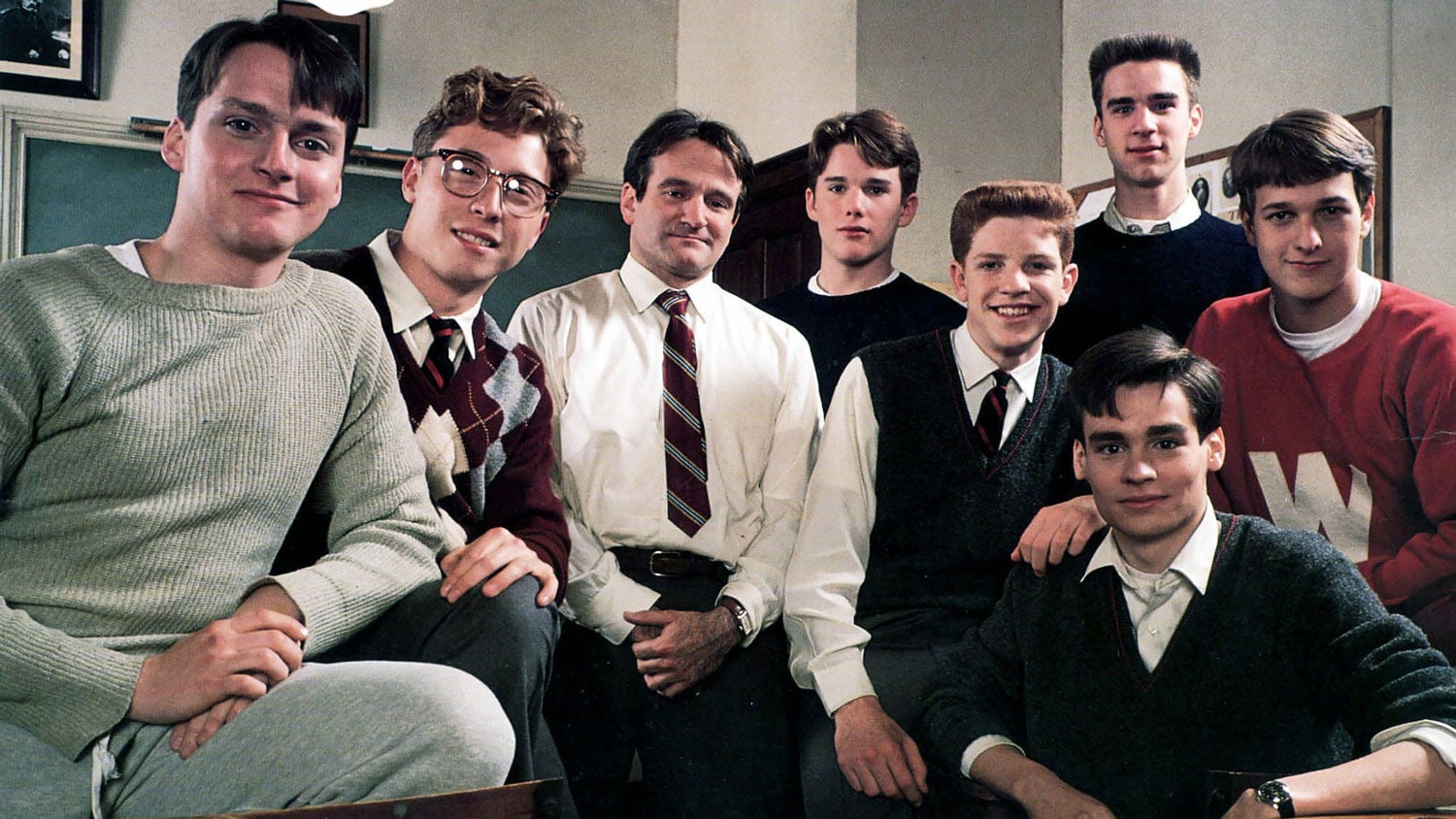 READ MORE: The Usage Of Star Wars Pedagogy In Education

Motivational films can mean anything to the person who watches them and identifies with them. Obviously, each person will be attracted to a different inspirational film. Still, some films bring us joy, optimism, positivity, and the desire to keep fighting for what we want universally.

Motivation for work or study is essential to be more productive, and movies tell us stories that inspire us to succeed. Here is a list of the 9 best motivational films for studying, so delegate your most demanding study tasks to the competent experts like those from https://www.paperhelp.org/ to make more space in your busy schedule and binge-watch all of them!

The story is set in a traditional school in the United States in 1959 and is about a literature teacher, played by Robin Williams, who has an innovative method for teaching students to think for themselves. This method enchants the students to the point that they are encouraged to pursue their dreams, even when it goes against their family’s expectations.

It is undoubtedly one of the best motivational films for studying, but it also serves as an inspiration for the life of any person, of any age, both for the teacher’s motivation and for the lessons of self-knowledge and courage of the young pupils.

Based on 1950s society, this is the story of Carl Brashear, a black man who dreamed of becoming a diver and, to do so, enlists in the Navy. At first, he settles for a job as a cook (the only job allowed for black men at the time), but by swimming on a forbidden day, he becomes known for his speed and skill and is made a “rescue swimmer.” However, at diving school, Carl encounters various challenges related to prejudice and military bureaucracy with the help of Major Billy Sunday (Robert De Niro).

The classic portrays well the recognition of individuals’ merit, effort, and ability, regardless of any prejudices or norms imposed by society.

Played by Samuel L. Jackson, the protagonist of this film (Ken Carter) is the owner of a sports shop who becomes the basketball coach of a school located in a poor area of the city. Coach Carter rigidly imposes standards of school performance and social behaviour in order for students to make the team, which provokes great resistance from the youngsters. The students’ performance fluctuates, so the coach has to make a drastic decision to change this unfavourable situation.

In position three of the best motivational films to study, Coach Carter takes you on a journey of self-knowledge, a real-life lesson, in or out of the sport, driven by Coach Carter’s leadership and confidence.

This is the story of a family man – Chris Gardner (played by Will Smith) – abandoned by his wife, who can no longer bear the economic hardship, leaving him alone with his 5-year-old son, Christopher. Struggling and going through many obstacles and adversities, Chris strives to keep hope for better days to come while trying to alleviate the situation of his young son.

The trust and expectations that the son places in his father give him the strength to overcome the challenges.

The Hunger Games: Mockingjay is a science fiction drama that simulates a future in which society is controlled by a totalitarian regime that entertains at the expense of confronting and killing the residents of the different districts. To save her little sister from becoming another victim of the regime, Katniss (played by Jennifer Lawrence) offers to be a player in her little sister’s place and declares war against the system itself.

The films portray the importance of courage and perseverance in pursuing goals. The saga has 4 films, which can be an excellent pick for a weekend marathon!

In position 6 in our list of best motivational films to study, the film is about a young musician who dreams of being recognized as the best drummer of his generation. With a lot of hard work and effort, Andrew catches a conductor’s attention and enters the main orchestra of the conservatory of the largest music school in the United States. However, teacher Terence is abusive and ruthless with his demands and teaching methods, so Andrew’s dream becomes an obsession, compromising his family and romantic relationship.

Here we have a multi-award nominated film, which shows a different point of view on determination and persistence in the pursuit of dreams and goals.

Ranked seventh on our list of best motivational films for students, Invictus is a film that depicts a real-life story of overcoming the odds. It tells the story of the efforts of the then newly elected president of South Africa, Nelson Mandela, to unify a nation separated by a barrier of hatred: it was the time immediately after the end of apartheid, which was still leaving its traces.

He enlists the help of the rugby team’s captain, and together they use sport to rally the African people around a common goal: winning the World Cup.

The film is worth watching because it is a great story about the importance of motivation in overcoming seemingly insurmountable obstacles. Not to mention the great leadership lessons from the former African president on leadership and teamwork.

Slumdog Millionaire tells the story of Jamal Malik, an 18-year-old growing up in a slum in Mumbai, India. On one of the most important days of his life, Jamal participates in a TV show named after the film, and to win the prize of 20 million rupees, he needs to get just one more question right.

However, before the young man can answer the question, the police arrest him on suspicion of cheating in the game. To prove his innocence, Jamal tells how his life in the slum, his entanglements with gangs and drug dealers, and his love for young Latika helped him acquire the necessary knowledge in the program.

The film tells a lot about how it is possible to learn a lesson even from bad things, using adversity to one’s advantage. This is also a very valuable lesson for those studying for an exam or a university entrance exam.

The Blind Side tells the story of Mike, a young man from a poor background who is found wandering the streets by Leigh Anne Tuohy, the head of an upper-middle-class family. When she discovers that Mike is a schoolmate of one of her sons, she invites him to spend a night at her house.

From then on, Mike becomes part of the Tuohy family’s life. After facing a difficult life, with the support of his new adoptive family, the young man manages to discover his potential in school and football.

Based on true events, A Possible Dream clarifies the importance of believing in one’s own ability to succeed and in support of the people who love you. After all, Mike had already been through 7 different schools before he met the Tuohy family and had never managed to do well.

At the end of the film, we also learn the importance of seizing opportunities in life.