Fancy watching some brilliant dystopian films on Amazon Prime Video? We got you covered!

The world is changing at a rapid rate, and technology is evolving to take over every single aspect of life as we know it.

This has led to a lot of changes that are going to start to impact our lives, and it is important that we know what to expect here.

As a result of things like increased surveillance, contact tracing, and the stringent regulations we have in place to deal with this global pandemic, people are starting to think our society is beginning to mirror a dystopian one.

In recent times Amazon Prime Video has emerged as one of the best and most popular streaming platforms in the world, and it’s not hard to see why.

If dystopian is what you’re after, Prime has a wonderful selection of science fiction and dystopian movies and TV shows to choose from, which can really help you get in the mindset of a dystopian world!

The Firestick is the perfect way of streaming multiple channels on your TV and bringing the Prime Video back catalogue straight to you.

It’s also worth noting that some content can be blocked depending upon your IP address, meaning you have different content in different countries.

However, the Firestick VPN is a great way of bypassing this geo-block and being able to gain access to all the different content you want to watch on Amazon Prime right now.

With that being said, here are 7 of the best choices that we would recommend to kick your viewing experience off in style.

Lena is a biologist whose husband Kane, a soldier, unexpectedly reappears one day after a year trapped in The Shimmer, a mysterious zone in which the laws of nature do not apply, and which seems to be governed by an unseen alien presence.

Lena is tasked with leading an expedition into The Shimmer to gather more information.

A beautifully shot and boldly written story that serves as a commentary on the human propensity for self-destruction.

This is definitely the kind of movie that will appeal to sci-fi geeks, as well as those who like horror and fantasy elements.

Not to mention anyone with an interest in gorgeous cinematography and bold direction.

K, a replicant who is also a blade runner is tasked with “retiring” a replicant child in order to prevent a war between humans and replicants. In the ruins of Las Vegas, he encounters former blade runner Rick Deckard, who is the father of the child.

Together the two men must protect the identity of Deckard’s child, while evading capture or death from other forces seeking the child’s location.

It’s an engaging and immersive story and one that demands multiple viewings.

Read more: A Hunger Games TV Show Is Rumoured To Be In The Works

One of the most popular and successful movies of all time, The Matrix is a modern sci-fi classic, but one that also contains dystopian elements.

The movie follows a computer hacker who comes to realize that the world he lives in is actually a carefully constructed simulated reality in which humans are trapped against their knowledge by AI machines.

He joins a group of underground insurgents, fulfilling a prophecy, and battling for the future of humanity.

The Matrix was a box office hit, one that takes a lot of influence from action movies and Hong Kong cinema.

This is the perfect movie for escapism, and fans of action, sci-fi, and dystopian movies will find a lot to love. 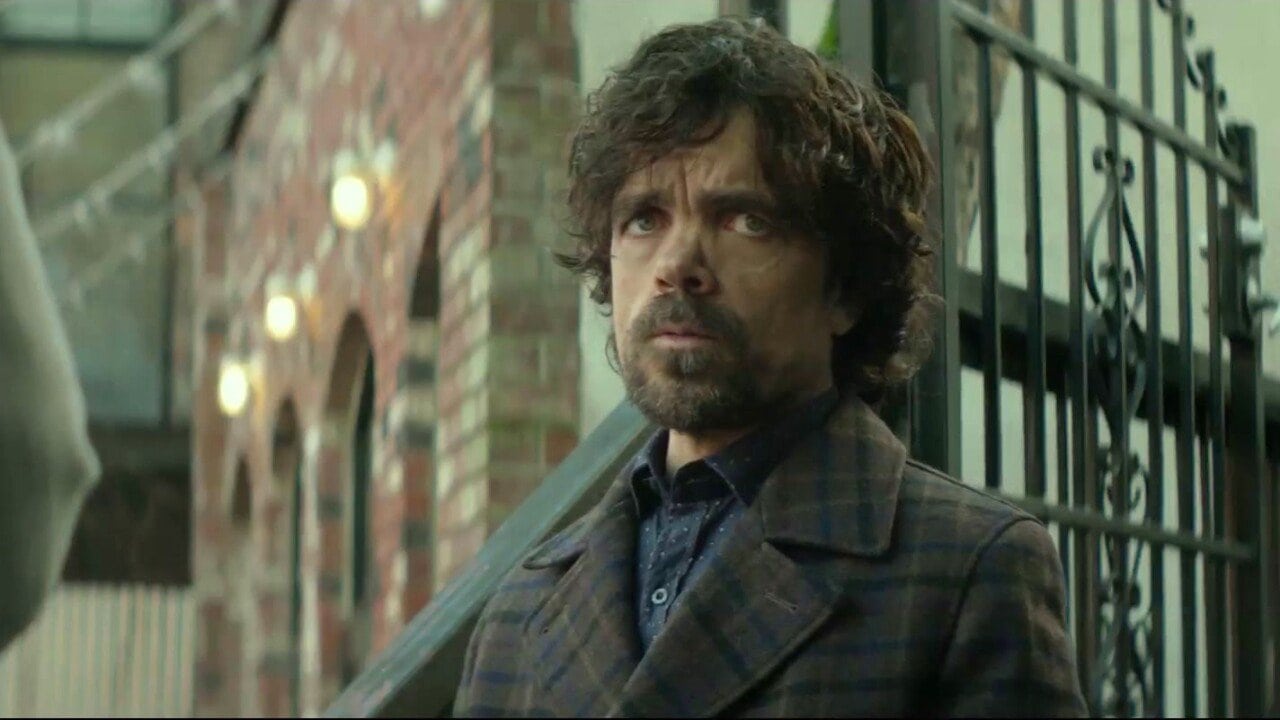 The sci-fi mystery movie sees Peter Dinklage (Game of Thrones), using a machine that records people’s memories and allows others to view them, in order to solve a murder.

The movie views like a feature-length episode of Black Mirror, and explores the nature of technology, and how much it is susceptible to being misused by humans.

A cerebral and intelligently made movie that packs an emotional punch, and has a very satisfying final act.

Hit sci-fi dystopian horror A Quiet Place follows one family’s struggle to keep it together and survive in a post-apocalyptic world plagued by bloodthirsty monsters that are blind but have enhanced hearing.

Any noise can lead to instant death, so survivors must walk barefoot, and be as quiet as possible at all times.

Throw in a newborn baby and a family on the brink of sanity, and it’s a recipe for tension and edge-of-your-seat thrills.

A Quiet Place is the directorial debut of John Krasinski and is one of the most exciting and innovative horror films of the past decade.

And it paints a grim and immersive picture of a dystopian future.

This one flew a little under the radar on release, but it remains a fascinating and innovative dystopian sci-fi flick.

With mostly improvised dialogue, it follows a dinner party gone wrong, where a comet passes overhead resulting in strange occurrences, and alternate realities.

Filmed in almost a single location, this is one of the best examples of what you can do on a limited budget.

Coherence is a fun and interesting flick that will appeal to the sci-fi crowd, and to those who like to enjoy a fresh and unique approach to the genre.

Based on the hit novel by Suzanne Collins, The Hunger Games takes place in a dystopian future in which the nation of Panem is split into 12 districts.

Each year in every district, a boy and girl are chosen as “tribute” to compete in an annual contest known as ‘the hunger games.’

Katniss Everdeen elects to take the place of her sister Prudence and becomes the face of a movement that threatens to overthrow the government and cause a civil war.

The Hunger Games is the first instalment of the big-screen adaptations of Collins’ hit novels.

A thrilling and immersive experience that entertains, while also acting as a social commentary on political turbulence and class systems.

These 7 movies are some of the best and most exciting dystopian films on Amazon Prime Video.

They are a great choice for people looking to unwind, escape, and have an immersive experience.

Get the feel for dystopia with these excellent movies that you can revisit time and again.