Is there anything better than a good action film? Whether it’s a terrifying escape from an invisible alien predator, a midair hijacking of Air Force One, or a tense battle between a Vietnam veteran and a legion of cops, action films always serve to thrill and delight. Such is the affection and nostalgia for action films, many have been reimagined as video slot games for online casinos. Here we look at four of the best based on your favourite action films. Enjoy!

Where are the best casino sites for action-themed slot games?

Before we highlight the best slot games based on action films, you’ll first want to know where to find them! There are plenty of great online casinos out there which offer a stellar gaming experience for you to choose from. But more importantly, you should look for a legitimate online casino that provides safety and security. Safe and regulated, these online casinos offer security and protection, looking after your valuable data and providing an optimal gaming experience from start to finish.

The table below (taken from a review of the best casino sites) rates PlayOJO, Mr Green and Dream Vegas as the best slots sites around, and you can find all four slots featured in this list at one of these sites.

A good online casino review site highlights payout, number of slot titles, casino legitimacy and security, and more. Once you’ve found the right casino for you, take a browse and find a video slot game based on your favourite action film. Here are a few to get you started… 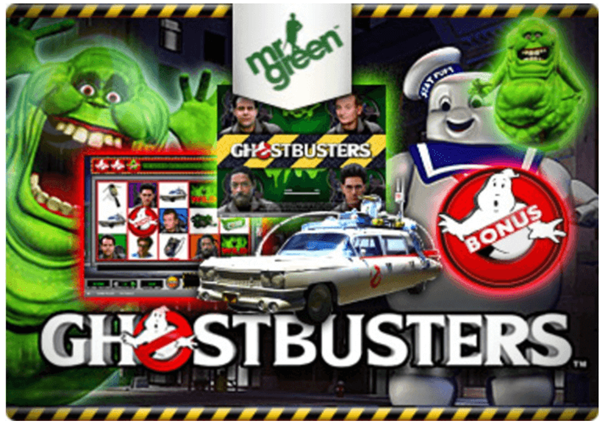 Read more: Online Slot Games Based On Legendary Past And Present Popstars

Is there any other film that has contributed more to pop culture than Ghostbusters? Between superb (for the time) special effects, an earworm theme tune, and the near-Pavlovian conditioning of anyone over the age of 30 to respond to “who you gonna call?” with “Ghostbusters!”, it’s truly a cinematic gem.

So naturally, it was only a matter of time before Ghostbusters was spun into a popular slots game. Created by digital game producer IGT’s Ghostbusters slots game is packed with references to the 1984 classic, with digitised appearances from Venkman, Zeddemore, Barrett, and of course, Slimer.

There are plenty of different bonus rounds and special symbols to enjoy too. The Ghost Battle lets you fight against a spooky spectre, winning wilds to help you win rewards and prizes down the line. Or you can try your hand at Zuul Free Spins, going up against the Gatekeeper of Gozer to win even more Ghost Wilds.

Replete with classic quotes, favourite characters, and of course the iconic theme song, this is a faithful translation of the brilliant blockbuster original. Eager to get playing? Mr Green is your place to go for your Ghostbusters slots fix. Grab your proton pack and get spinning! 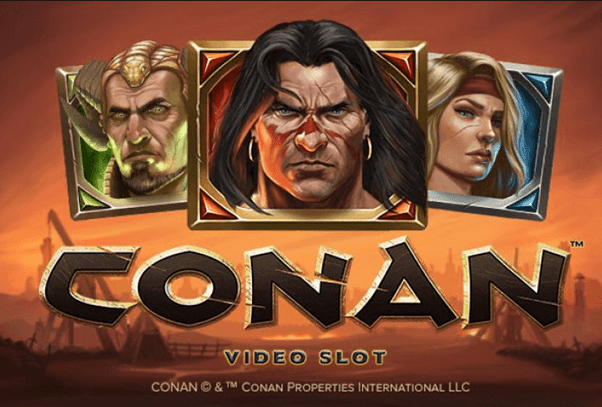 Packed to the gills with swords, sex, snakes, and sorcery, Conan the Barbarian remains one of the most iconic action films of the Eighties. Inspiring a generation of fantasy nerds and spawning an array of low-budget imitations, Conan became the benchmark against which all other sword and sorcery movies were measured.

With such praise and plaudits behind it, it makes sense that Conan eventually got translated to the world of slots. Developed by NetEnt and available on 32Red casino, the slot version of the 1982 classic contains all the action of the film, and even manages to capture Conan’s ripped physique in digital form. The stunning visuals really add to this game’s magic, making it something any true Conan fan will enjoy.

There are three Free Spin features: City of Thieves, Temple of the Serpent, and the Walls of Tarantia. Each option has various different wilds and symbols, so there’s plenty of variety to keep you entertained.

The recent release of Jurassic World and its sequels is testament to the enduring love, fascination, and affection for the original Jurassic Park. Spawning memes, video games, t-shirts, TV series, and rollercoaster rides (no theme park yet but perhaps that’s for the best), the Jurassic franchise remains firmly in the hearts of audiences everywhere. But, more than all that, the Jurassic series made liking dinosaurs cool.

The slots version of Jurassic World has all the thrills of the film with (thankfully) far less peril. Head into the Gyrosphere Valley for increasing multipliers, or dare to brave the Raptor Den for some wild Scatters — there’s plenty of variety in this slot game. Plus, Jurassic World is available to play at one of the top 10 rated online casinos, 32Red, so you know you’re in safe hands with them.

But you’ll need to be more than a clever girl to win on these slots! It’s as much about luck as knowing the game, so cross your fingers, get spinning, and hold onto your butts.

In the 21st century, a slot game will be invented like no other. This slot game will be fun, playable, and based on one of the best action films ever: Terminator 2. When the first Terminator film landed on the silver screen in 1984, audiences were blown away. With special effects unlike anything we’d ever seen, a terrifying plot that seems to feel even more believable today, and an iconic villain in the form of Arnie’s titular cyborg assassin, Terminator remains one of the best sci-fi action series ever.

The slot version of Terminator 2 is a faithful translation of the second title in the series, featuring the chilling shape-shifting T-1000 Terminator. Featuring original clips from the film and a thrilling soundtrack, this game is well worth your time. Slick animations and cool graphics make it a pleasure to play, even if you’re only an amateur Terminator fan.

What really sets this game apart is the T-800 Vision. Some lucky players receive this feature at random, helping them win cash prizes. Plus, if you get a single scatter while using this Vision, you’ll get even more Free Spins — win! With the Terminator 2 slot game, you’ll definitely be back… to play again!

What do you make of this feature? Can you think of any other great video games based on action films? Let us know your thoughts in the comments below.