Zack Snyder’s Justice League is only a few days from being released on HBO Max.

It’s going to be released on March 18th, and fans the world over cannot wait until they get to sit and watch the four-hour-long extravaganza!

However, it seems as though the movie’s plot and the poor for the two Justice League films that were going to follow this one originally have been leaked.

WARNING: There are SPOILERS for Justice League coming up

It’s no secret that Zack Snyder had plans to make two more Justice League movies after the first one, and it seems as though the stories from those movies have been revealed.

They’ve been revealed via some leaked storyboards which were going to be displayed in a museum.

It seems as though Warner Bros. Pictures is desperately trying to get people to take the pictures of the storyboards down.

However, the busy folks at Geekosity took to the time to transcribe what was written on those storyboards. Read the first few here and head on over to Geekosity for the rest. 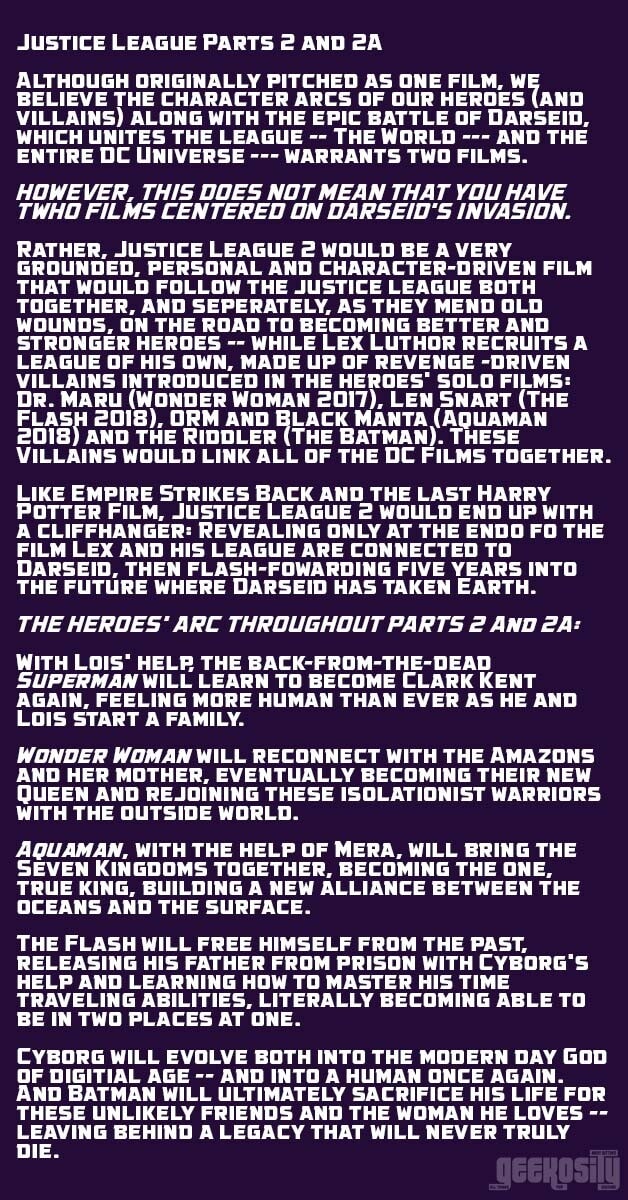 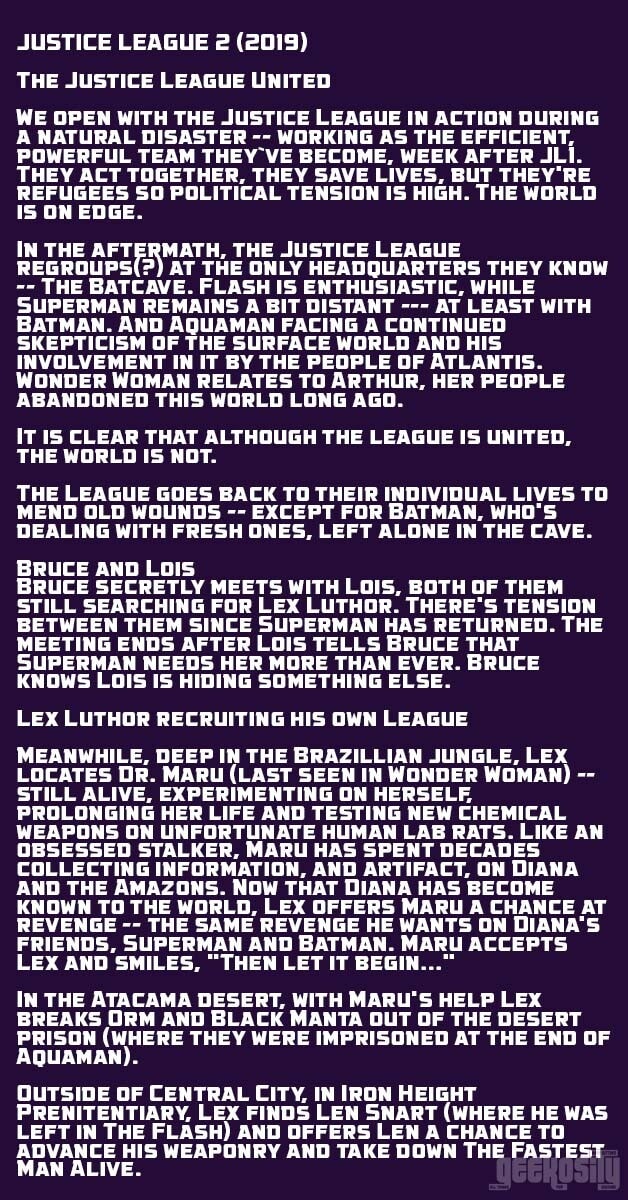 There’s a lot (and when I say ‘a lot’ I mean A LOT) of story in those storyboards.

Some might say a bit too much, and it would have needed many long movies to get it all in there.

So, it did seem as though Snyder was planning on making three Justice League movies to begin with.

It’s a shame we never got to see this on the big screen because it really does sound incredible.

It’ll be interesting to see how much of his original ideas for Justice League end up in the film we’re getting to see on HBO Max on March 18th.