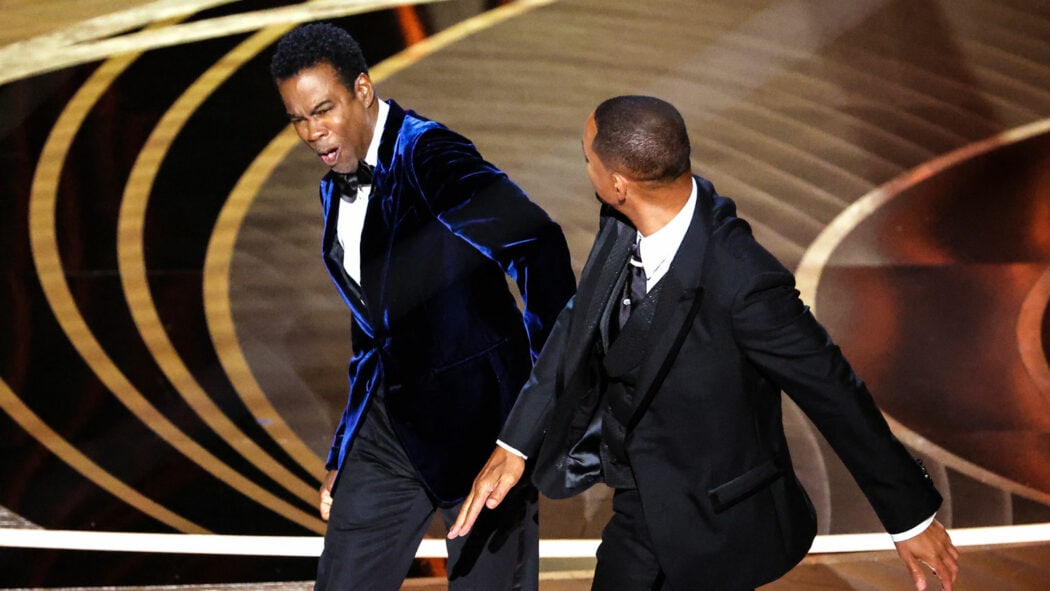 Will Smith Slaps Chris Rock At The Oscars

Wow. I don’t think I can think of an Oscars moment that has been as shocking as Will Smith slapping Chris Rock on stage after he tells a joke at Jada Pinkett Smith’s expense.

Well, Chris Rock took to the stage to introduce the nominees for the best documentary award.

He then started to tell a few jokes.

Rock started off by joking that should Penelope Cruz not win her Oscar, the her husband – who was also nominated – Javier Bardem will be hoping that Will Smith would take the Oscar home.

This got the crowd laughing and Rock then set his sights on the Smiths.

Will Smith Vs. Chris Rock at the Oscars!

Read more: A Joker Origins Movie is in the Works Without Jared Leto

There were some laughs in the audience, and it seemed at first that Will Smith was laughing along with the others.

However, the King Richard actor then walked on the stage and slapped Chris Rock right in the face.

It was a shocking moment, but Smith wasn’t done there.

He then proceeded to shout at Rock:

That was the greatest night in the history of television.

Incredibly enough, the comedian managed to keep it together and still present the nominees for best documentary.

Honestly, I didn’t realise before tonight that Jada Pinkett Smith suffered from alopecia.

That said, I do no believe that Chris Rock’s joke warranted such a reaction from Will Smith.

This was then made even stranger by the fact that Smith then took home the award for best actor for his performance in King Richard.

It was a very strange night and it will go down in Oscars history.

What did you make of Will Smith slapping Chris Rock on stage at the Oscars?