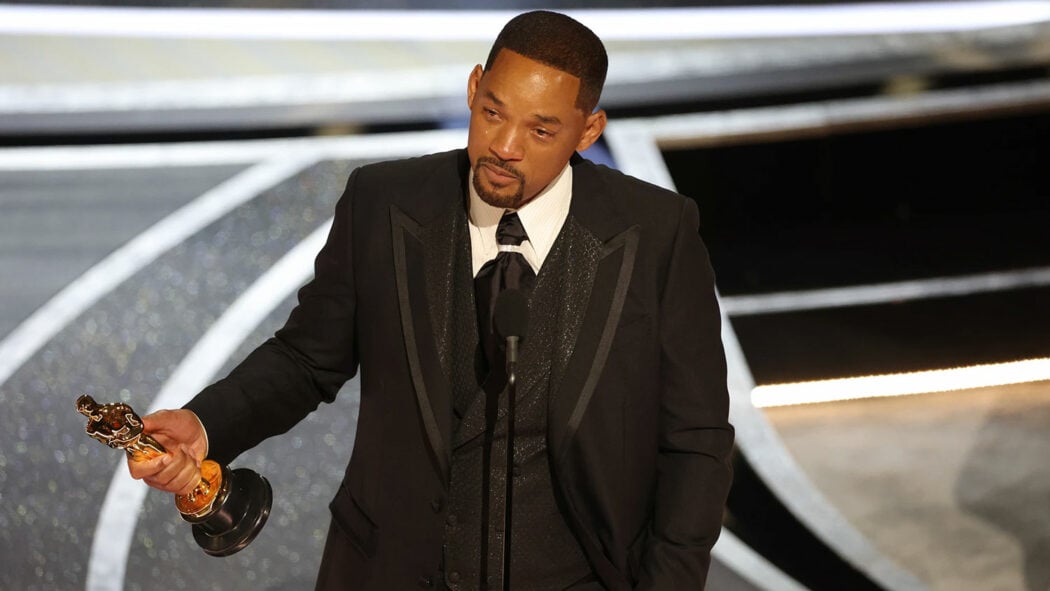 Will Smith Might Be Forced To Return His Oscar

It’s been revealed that Will Smith might be forced to return the Oscar he won last night for his performance in King Richard.

Why might he be asked to return the Oscar he took away last night?

Well, it all has to do with the fact that the actor clearly broke the Academy Awards’ code of conduct.

This comes to us via The New York Post who’s insider sources explained that the actor could be forced to hand over the Oscar he won.

This comes after Will Smith slapped Chris Rock on stage at last night’s Oscar ceremony.

He did this after the actor/comedian made a joke at Smith’s wife’s (Jada Pinkett Smith) expense.

Rock joked that he was looking forward to seeing Jada in G.I. Jane 2.

This was in reference to the fact that Jada is currently bald.

However, it also seems as though Rock was poking fun as Jada suffering from alopecia.

Now, did Rock know that Jada has alopecia? That’s still up for debate as he hasn’t made a statement since the incident took place.

However, what we can’t condone is Will Smith’s actions after Chris Rock made the joke.

It’s never OK to resort to violence, but it’s especially not OK during a live televised event unless you’re watching a UFC match.

Should Will Smith have to return his Oscar after slapping Chris Rock at the Oscars?

Read more: Will Smith Slaps Chris Rock At The Oscars

A Hollywood source told The Post after the incident: “It’s basically assault. Everyone was just so shocked in the room, it was so uncomfortable.”

The insider continued: “I think Will would not want to give his Oscar back, but who knows what will happen now.”

The Academy does not condone violence of any form. Tonight we are delighted to celebrate our 94th Academy Awards winners, who deserve this moment of recognition from their peers and movie lovers around the world.

The Academy does not condone violence of any form.

Tonight we are delighted to celebrate our 94th Academy Awards winners, who deserve this moment of recognition from their peers and movie lovers around the world.

So, it sounds as though Will Smith might get to keep his Oscar after all, even though he slapped one of The Academy’s presents live on stage.

Do you think Will Smith went too far at last night’s Oscars?