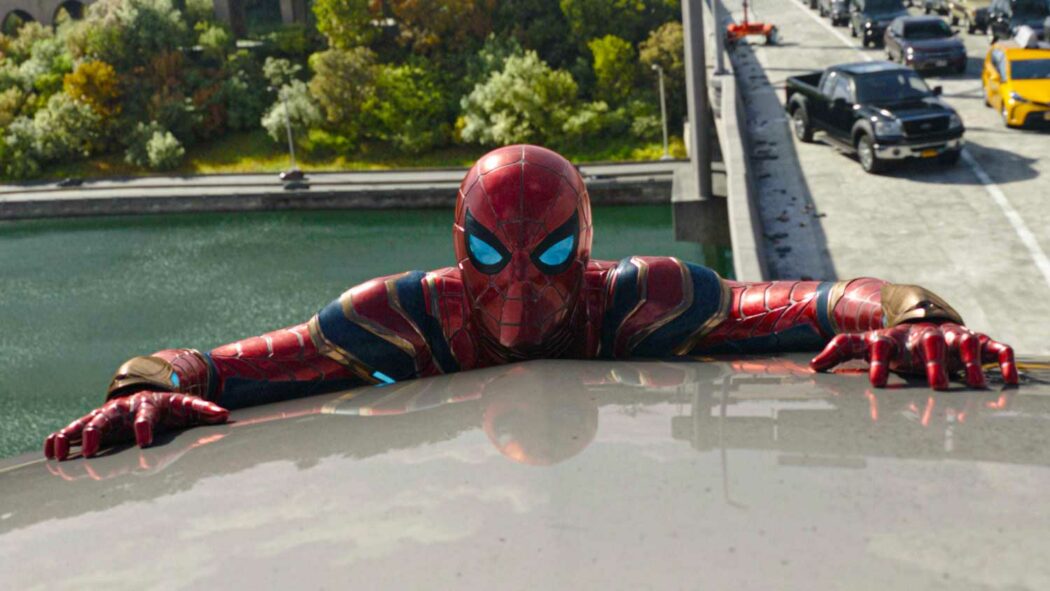 What’s The Song From Spider-Man: No Way Home’s End Credits?

However, if you’re reading this article, then there’s a high probability that you’ve already watched the movie and want to know what that song was during the film’s credits? You know the one, the one that goes “three is the magic number”.

Well, I was really loving that song at the end of Spider-Man: No Way Home and really wanted to know what it was. So, I did some research and discovered that Jon Watts had used the song The Magic Number by the American hip hop trio, De La Soul.

Every single Spider-Man movie that Jon Watts has directed has featured some incredible music during their end credits. However, I would say that he saved the best for last.

De La Soul’s song, The Magic Number, is not only a great song, but it also really perfectly fits with Spider-Man: No Way Home. There are a lot of threes in this movie.

Not only are there (spoilers) three Spider-Men in the movie (Tom Holland’s, Andrew Garfield’s and Tobey Maguire’s), but there are also three really close friends at the core of this film in Peter Parker, MJ (Zendaya) and Ned Leeds (Jacob Batalon).

As far as this movie’s concerned, three really is the magic number (oh, and there’s also magic in this movie, so it really is the perfect song to put in Spider-Man: No Way Home’s end credits).

The Magic Number by De La Soul samples Bob Dorough’s song, called Three Is The Magic Number. Watts could have used the original version, but I don’t think it would have fit the movie’s vibe.

De La Soul’s version is far more upbeat and also just feels like a better fit than Dorough’s original. That’s not to say that the original isn’t a good song, it is. However, it does feel a bit dated for a Spider-Man movie, and there’s something timeless about De La Soul’s version.

What do you make of this feature? Were you also nodding along to The Magic Number by De La Soul at the end of Spider-Man: No Way Home? Let us know in the comments below.