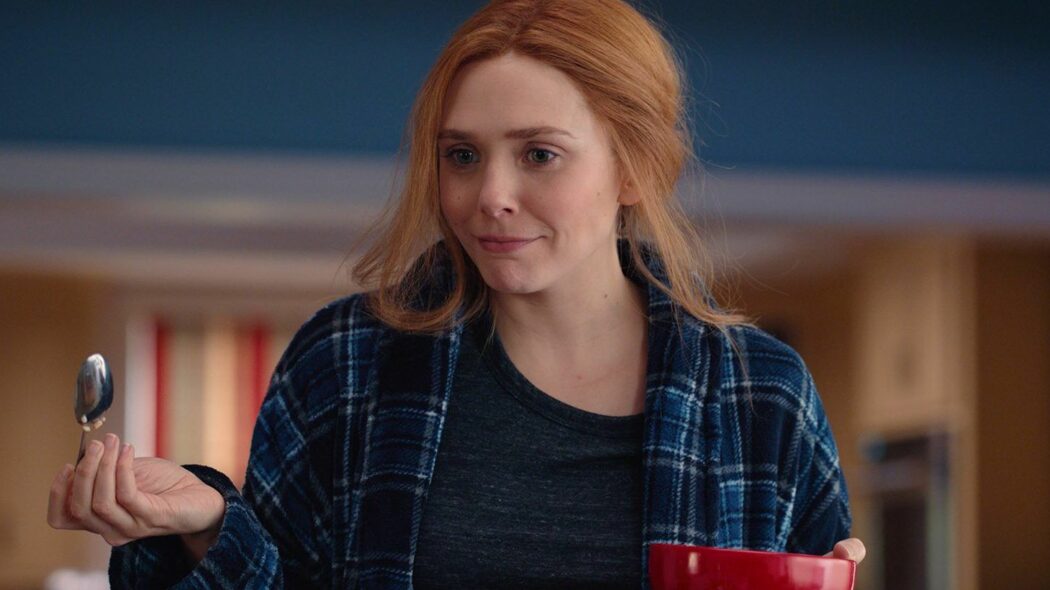 The WandaVision series is now far over the halfway mark with only two more episodes remaining. My overall thoughts are: The show is kind of boring. Sorry, don’t hate me.

The cast of the series keeps promising that “action is coming” however very little has been shown — but of course, that can always change. WandaVision tends to “toe the line” when it comes to drama and action, leaving its viewers with much to be desired. Each episode has been ending with a different twist and it isn’t until now that the plot is finally coming together. The problem is, we’re seven episodes into the series and the flow of the episodes is becoming more and more uninteresting.

There were two happenings in this episode that I would call “cheap,” as in low-quality and overused. Throughout the past few episodes, the beloved Monica Rambeau (Teyonah Parris) has been teasing the arrival of an aerospace engineer character. Fans have been guessing the character to be Reed Richards or James Rhodes (Don Cheadle), trending their anticipation and speculation all across social media. The actor who plays Monica, Parris, even teased, “Well, I can’t wait to see what y’all’s reaction is when you learn who the aerospace engineer is.”

This week, the engineer was seemingly revealed and it turned out to be a character that nobody knew of. A total bummer! But some fans aren’t giving up yet, many believe that the reveal hasn’t happened yet, although it was made rather clear in the episode that Monica was well-acquainted with the engineer she met up with.

But there’s another “but,” this engineer was previously teased to be a “guy” as they were referred to as that by Monica on multiple occasions and this week’s reveal was a female-presenting character. It is possible that Monica could’ve been saying “guy” to throw fans off or as an ill-thought-out gender-neutral title (much like “dude”). Only time will tell.

Another “cheap shot” was the episode saving all of the good reveals until the very end of the episode— or sprinkling it amongst tons of filler. That’s a typical ploy done by screenwriters and producers to entice the viewers to watch the next episode of a subpar show— something that Marvel doesn’t need to do. It has such a faithful fanbase that people will return for the next episode whether they are enjoying the show or not.

It’s troubling to see Marvel use that technique in its storytelling which makes me concerned that the writers didn’t have enough substance to justify making WandaVision a series rather than a movie. If it were a movie, we’d all know the ending like thirty minutes ago, but instead, we are left sifting through the fluff.

That being said, many fans are still enjoying the show and it has been dominating social media since its premiere. Perhaps my frustration with the series is solely with it being the only new Marvel Studios content since Endgame, almost two years ago. Ideally, if things went as planned, WandaVision would’ve premiered alongside new Marvel movies and after The Falcon and The Winter Soldier.

Episode 3-5 were incredible, but 1-2 and the last two have been rough.

Visit our episode 6 recap, for a reminder of where we left off.

Let’s dive into “Breaking the Fourth Wall,” ignoring the filler and going straight into the substance. This episode took the style popularized by The Office and Modern Family — where characters have mockumentary moments throughout the episode, speaking directly into the camera. The episode’s theme song was reminiscent of the comedy Happy Endings, copying the show’s slideshow-like video of random pictures including the words of the title.

Episode 7 opens with Wanda (Elizabeth Olsen) lounging about in her bed before she lunches into a mockumentary moment and tells the camera, “we’ve all been there” in reference to the ending of episode six where she extended the Westview borders to encompass the SWORD base and the surrounding area.

The Maximoff-Vision sons, Tommy and Billy, alert her that the timeline is fizzy and the camera shows their video game controllers jumping through different eras, changing its design each time. Other items are seen doing the same, like Wanda’s carton of milk which briefly turns into a glass jar, a commodity usually seen in the early-1900s to the 1960s.

Transitioning to the SWORD base which is now eight miles out of Westview, the increasingly dubious Director Hayward (Josh Stamberg) and an agent reveal that the Westview signal “is lost” and their team “launches today.”

With those tidbits of information, the audience is brought to Vision (Paul Bettany) waking up in the new Westview district— the once-SWORD base is now a circus. He meets with Darcy Lewis (Kat Dennings) and it is revealed that she doesn’t remember him “from last night,” as Vision put it.

Lots and lots of dialogue happen once we are returned to the Maximoff-Vision household. The two young twins ask their mom many questions to which Wanda avoids, telling them that their “Uncle Pietro” is not their uncle (the two clashed in episode 6 when Pietro made a comment about Vision dying and Wanda used her powers to push him away) and “things are meaningless.” Agnes (Kathryn Hahn) barges in and takes the boys for the day so that Wanda can get some TLC — the noisy neighbor tells the boys “I promise I won’t bite” before telling the camera, “I actually did bite a kid once.”

And, Jimmy Woo (Randall Park) and Monica Rambeau are right where we left them, driving to meet up with Rambeau’s aerospace engineer. They reveal that Hayward is after Vision and was trying to “bring him back online” — his plans were thwarted by Wanda taking Vision’s body back. It turns out our supposed-villain might have had good intentions after all.

Here it is insinuated that Major Goodner is Monica’s aerospace engineering friend and they have devised a way to get her back into Westview.

The classic WandaVision way— there is a lot of silly antics and filler through the episode. Fast-forwarding through that, let’s address the “good” bits.

Vision escapes the circus with Darcy and the two head back towards Wanda, driving a stolen food truck. His mission to return to her is interrupted by numerous roadblocks — literally. The duo runs into every red light and is stopped by construction zones. Vision thinks this is because of Wanda.

Darcy also reveals to Vision what happened during the Avengers’ battle with Thanos and the trauma that Wanda suffered through. He appears to be sympathetic to this and is more motivated to return to his Westview home. Darcy says that she doesn’t know what Vision’s current state is or why he can’t leave “the Hex.”

In a mockumentary scene, Wanda tells the camera that everything is falling apart and she “can’t fix it,” and more importantly, she doesn’t know why. The cameraman interjects and says, “Do you think this is what you deserve?” — much to Wanda’s confusion.

Billy, who previously discovered his telepathy powers, reveals to Agnes that “he likes it here,” at her place and that she’s “quiet” which likely means he can’t read her thoughts. That could be a major uh-oh! Right?

Monica is unable to get back into Westview using the engineer’s “heavily-armored space rover” but she is able to do so using her own abilities. While she is going through the boundary, there is a touching voiceover from the Captain Marvel movie and Monica’s eyes flash blue. Once she lands into the community, she gets into a major confrontation with Wanda where Wanda doesn’t trust the other woman’s allyship.

Monica tells Wanda, “Don’t let him [Hayward] make you the villain,” and Wanda replies, “Maybe I am.” Agnes interrupts this conversation and brings Wanda into her home.

Agnes’ residency is where everything starts to go down, Wanda spots an insect in her home — a bee? — and questions where the twins are. She ventures into Agnes’ basement which is a clear-cut scene from a horror movie, it is dark and covered in vines.

There is a close-up to a magical book on a stand and Agnes reveals that her real name is “Agatha Harkess” and she’s been the villain “all along.” This transitions into a catchy theme song moment, “Agatha All Along”, showing that Agnes was behind all of the mis-happenings throughout the episodes, she even reveals that she killed Billy and Tommy’s dog, Sparky.

In a mid-credits scene, Pietro (Evan Peters) appears behind Monica, who is looking into Anges’ outside basement (a cellar?). Pietro interjects and says, “Snoopers gonna snoop.”

Another Commercial Break in WandaVision Episode 7 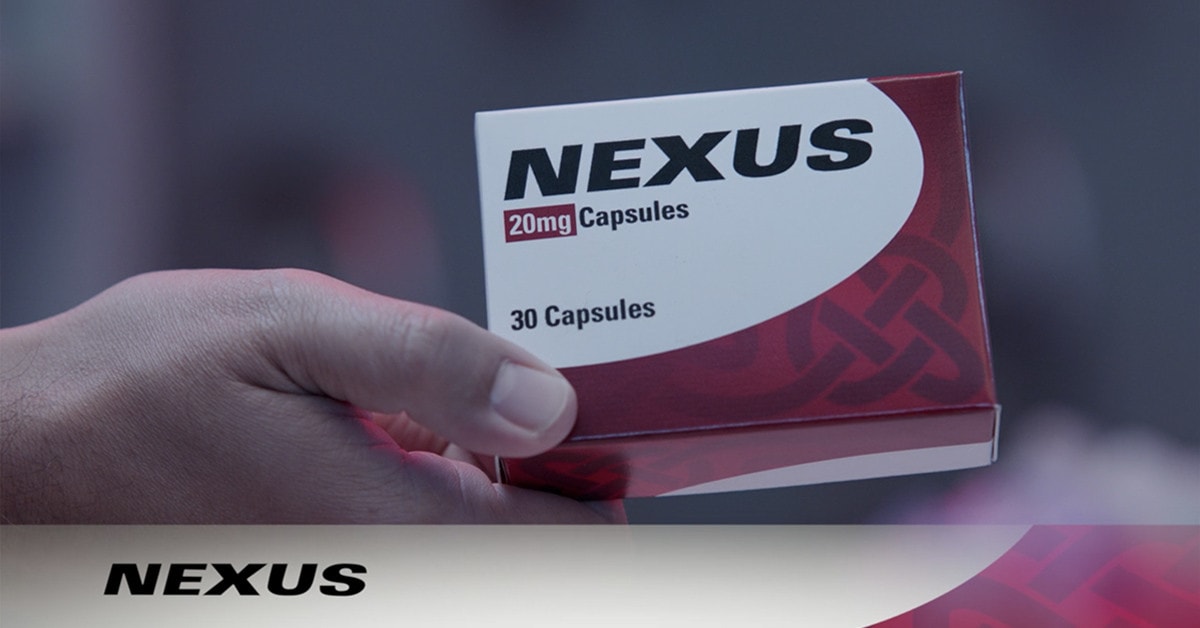 The fictional commercial in this episode of WandaVision was for “Nexus,” an antidepressant. It shows a sad-appearing woman in a dreary park and then in bed. The narrator says the drug will “anchor you back to your reality or a reality of your choice.”

The listed side effects were: “Feeling your feelings, confronting your truth, seizing your destiny, and possibly more depression.”

Tagline: “Nexus because the world doesn’t revolve around you. Or does it?”

What comes next in WandaVision?

Honestly, no clue. Paul Bettany keeps amping up the arrival of a show-stopping new character and a killer ending, but after that aerospace engineer letdown, I don’t know what to think. It is also rumored that the next episodes will each be an hour-long.

Many fans online are hoping that the series will continue with a focus on Agatha, curating Westview and the show’s theme song to her, rather than Wanda. “Agatha All Along” is a total bop, no complaints there.

Other than that, speculation seems to be pretty quiet. Did you like WandaVision Episode 7? Let’s watch WandaVision together! Be sure to tune in at the end of each week for our recaps on the new episodes.