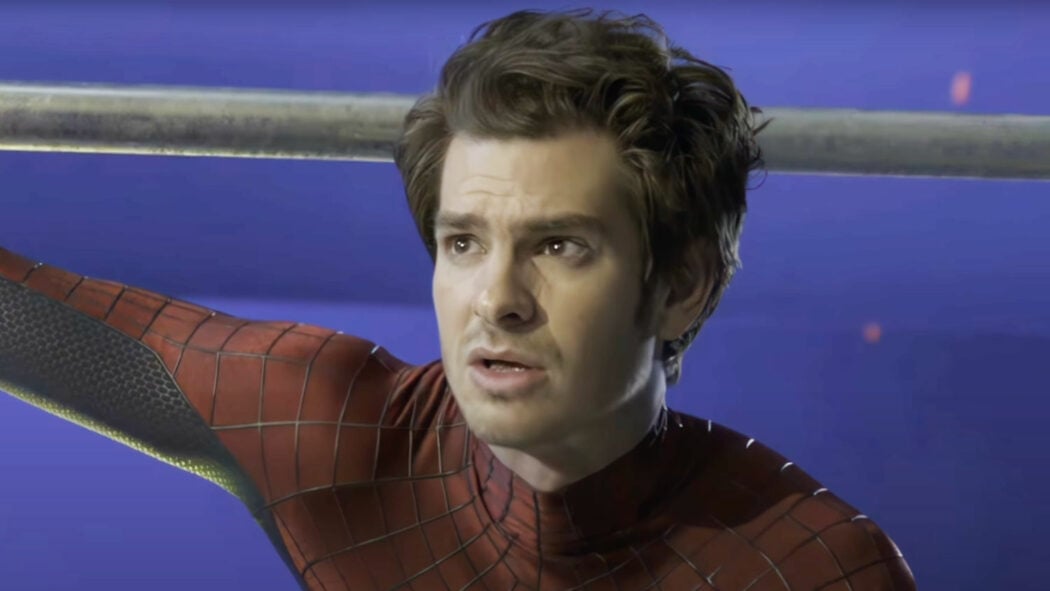 So, we do feel a bit silly about this, but we have to say that a lot of other websites were fooled by the whole Andrew Garfield Spider-Man: No Way Home deep fake video.

It turns out that the video that shows Andrew Garfield supposedly on the set of Spider-Man: No Way Home is in fact real, which is pretty exciting news.

How do we know this for sure?

It’s all thanks to the guys over at Corridor Crew who analysed the video in question and they determined that the video wasn’t a deep fake.

As far as deep fakes are concerned, the folks over at Corridor Crew are pretty much experts.

So, they took a look at this Andrew Garfield No Way Home video, and they actually featured our article in which we wrote that it’s supposedly a fake.

They blurred out our logo, but it’s clearly our article, and that was pretty cool.

They did say that the article was clearly written by an AI – so, I suppose the truth is out – Edward Lauder is an AI.

Yep. It’s a big secret, but it’s out now. Small Screen is run by an AI.

That IS Andrew Garfield in the Spider-Man: No Way Home set video

Anyway, back to their analysis of the Garfield Spider-Man: No Way Home set video.

They basically explained that the detail on the face – even though it seemed a lot smoother and blurrier than the rest of the video – couldn’t have been done by an AI.

So, it’s not possible that this video is a deep fake.

All this means that Andrew Garfield is going to be in Spider-Man: No Way Home.

You’ve got to be excited about that, right?

Let us know your thoughts on all of this in the comments below.