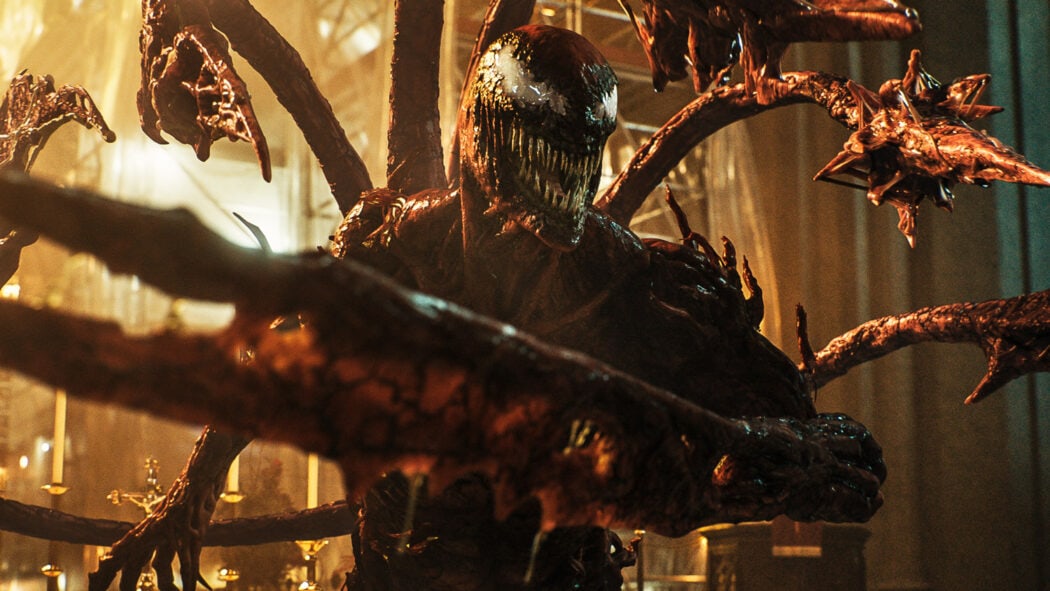 Tom Hardy has responded to a recent Venom 2 (Venom: Let There Be Carnage) fan theory that has been making the rounds.

Hardy was asked about the recent Toxin fan theory that’s come up online during his interview with Esquire.

So, we already know that Woody Harrelson is going to be playing Carnage in this upcoming Venom film.

We also know that Naomi Harris is going to be playing Shriek.

However, there have since been rumours online suggesting that Stephen Graham is going to end up being Toxin.

Now, he’s already credited as playing a cop named Mulligan in the movie.

However, fans think he could actually be playing a troubled police officer called Patrick Mulligan – aka Toxin.

Here’s what Tom Hardy had to say when he was asked about this fan theory during his recent interview:

I’ve got to be careful how I speak, because I’m a studio man. I’m an exec! Believe it or not.

So, Hardy basically said he can neither confirm nor deny whether the fan theory is correct.

This generally means that they are correct.

I’m pretty sure that Graham’s Mulligan either is already Toxin or ends up becoming the symbiote known as Toxin towards the end of the film.

Do you think that Toxin is going to show up in Venom 2 (Venom: Let There Be Carnage)?