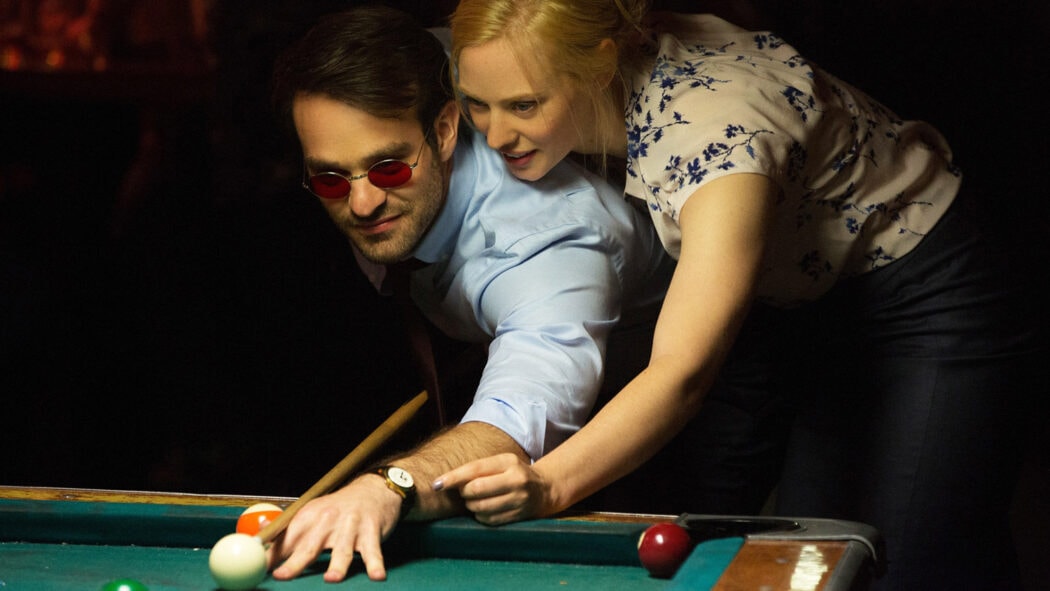 If you were hoping for a Daredevil cameo in Spider-Man: No Way Home (Spider-Man 3), then I’m sorry to say, you might not want to get your hopes up.

As per Digital Spy, Deborah Ann Woll, who starred as Karen Page in the Netflix show, has shot down rumours that she’s set to cameo in the upcoming MCU film.

The rumours began when a photo of Kirsten Dunst surfaced online with a woman fans claimed to be Woll.

Dunst has been confirmed to reprise her role as Mary Jane Watson.

Responding to one tweet that claimed Woll and Dunst were on set for No Way Home reshoots, in a tweet, the actress categorically said that it was not her pictured in these photos.

Actors denying cameo rumours, only to then appear in projects is nothing new, so is Woll being coy or is she telling the truth?

Thanks to the shenanigans of Loki, we know that the Multiverse is in full swing.

Additionally, we also know that No Way Home is set to feature a lot of characters from previous Spider-Man films.

We’ll know for sure when No Way Home swings its way into cinemas on December 17.

Do you think Woll will appear in Spider-Man: No Way Home?

Do you think Deborah Ann Woll will reprise her Daredevil role in the MCU?