The Suicide Squad Will See Almost Every Character Die

It’s been revealed by none other than James Gunn himself that almost everyone will die in The Suicide Squad, which is both exciting and a little bit worrying.

This news basically means that we can’t get too attached to any characters in this upcoming DC Comics movie.

It was to be expected and Gunn had already been saying things similar to this about his movie in the past.

However, hearing him say that “almost everyone will die” in The Suicide Squad does still come, to me at least, as a bit of a shock.

I suppose it is called ‘The Suicide Squad‘ after all, so this was to be expected.

He was responding to fans’ questions on Instagram using Stories, and one of the questions was:

How many characters are gonna die in Suicide Squad?

To which Gunn answered:

Almost all of them.

Looks like everyone’s going to die in The Suicide Squad… well, almost 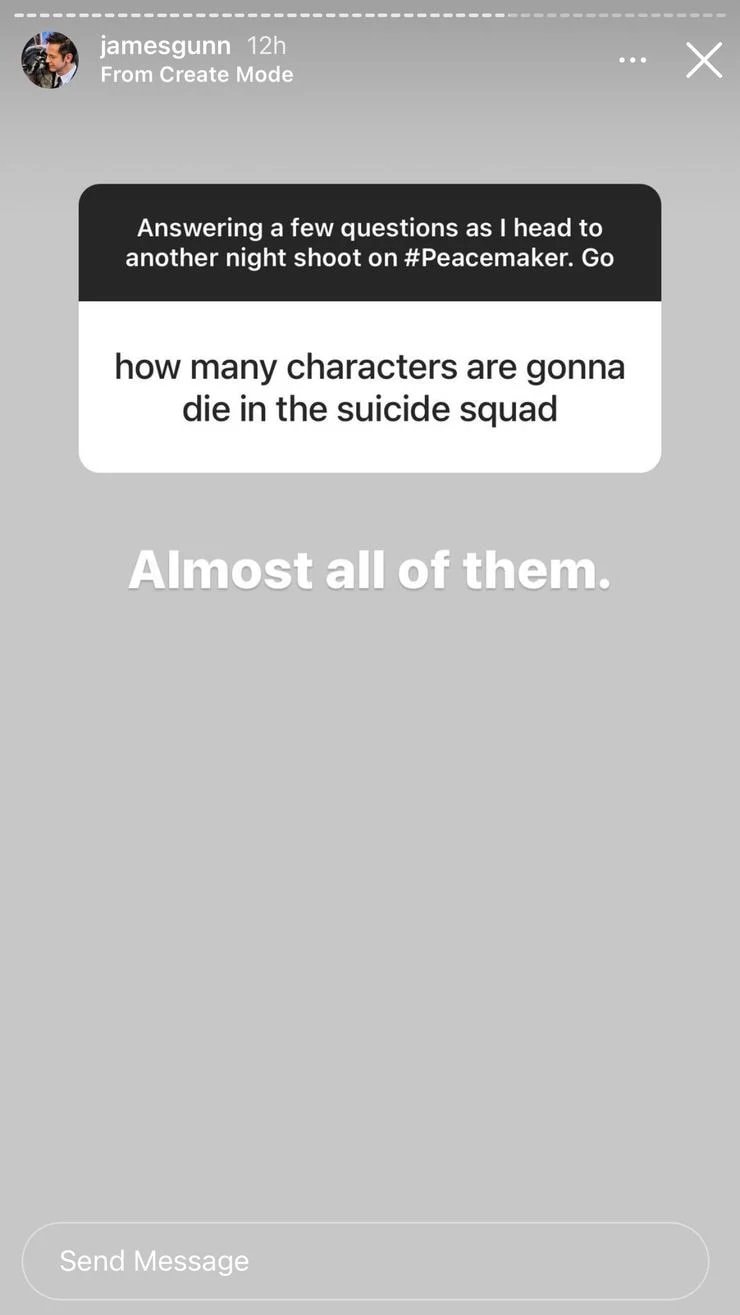 Read more: When Is The Suicide Squad Coming Out In The UK?

However, I do believe there’s one character who’s going to be safe in this movie.

Everyone else is fair game and may very well die in the movie.

This is pretty refreshing actually because there are going to be proper stakes in this movie.

Are you looking forward to watching The Suicide Squad when it’s released on August 6th later this year?