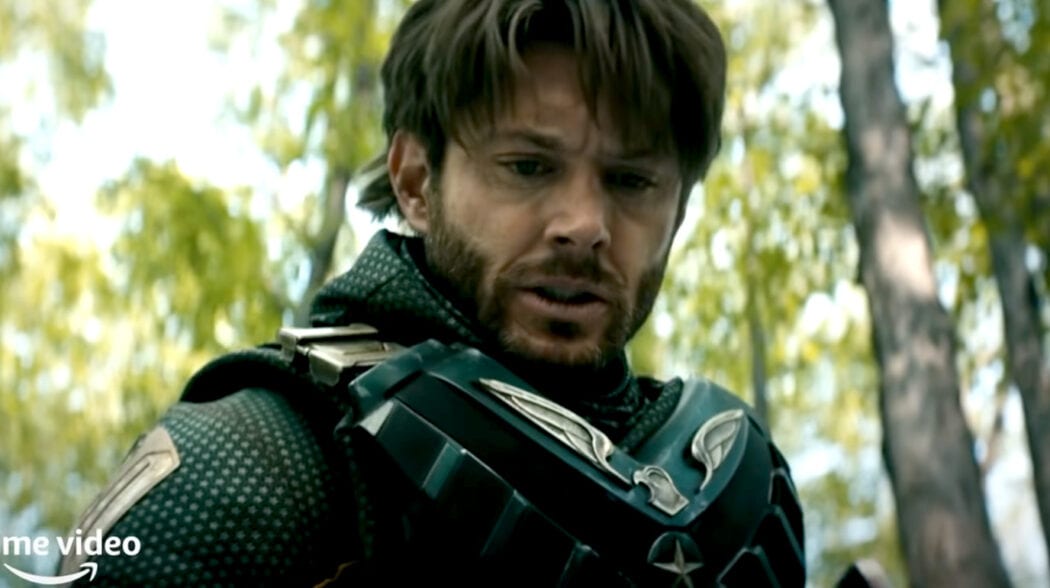 The Boys Season 3 Gets A Crazy New Trailer And Posters

Amazon is building the hype for The Boys Season 3 with a new poster, a bonnkers trailer and a ton of promo art as we near the release date.

A few days ago The Boys official twitter account dropped a new poster teasing today’s reveal of the official trailer.

Payback is the name of the super group that came before The Seven with Soldier Boy being the leader. The way this poster has been put together is reminiscent of a classic movie poster and we’re all for it. Check out the official poster below.

The Boys Season 3 Gets The Classic Poster Treatment

This may or may not make more sense when we drop the trailer Monday. pic.twitter.com/g3O2gHI3OE

What’s interesting is the caption they posted with the poster:

Yes, it makes sense. What are you waiting for? Watch the trailer now!

The Boys took a lot of people by surprise since it premiered and season 2 really upped the adrenaline of the superhero series. If you’ve read all the comics you know how crazy The Boys’ world gets and it looks like Season 3 is going to keep doing it’s best to portray the world created by Garth Ennis, Derick Roberts and Russ Braun (Yes, Russ Braun came in later for the art but man did he really represent The Boys extremely well on the page – not to mention his rendition of Butcher – as well as finishing the series so beautifully).

Another thing that’s great about the direction that The Boys is continuing in is the spoofs and parallels of the real world. This was hinted at throughout the series but really nailed down with the release of the web series Seven On Seven With Cameron Coleman. And this new trailer really brings that web series to the forefront with Homelanders “talking points” being repeated in a bunch of interviews.

Then it gets really bonkers. We won’t spoil anything for you if you haven’t watched the trailer yet (why not? It’s right up there!) but we will say: SOLDIER BOY!

If you’re still chomping at the bit for more The Boys stuff, we recently released a video on our YouTube channel about The Boys Season 3. You can check it out below, as well as more The Boys promo art posted by the official twitter (which you should really check out – their social media game is really on point and a lot of fun).

We won’t have to wait long as the premier for The Boys Season 3 is only a few weeks away: June 3rd on Amazon Prime.

-With help from Dannielle Waller.

Are you excited for season 3 of the boys? Who are you most excited to see in the series? Do you think they will make a movie?