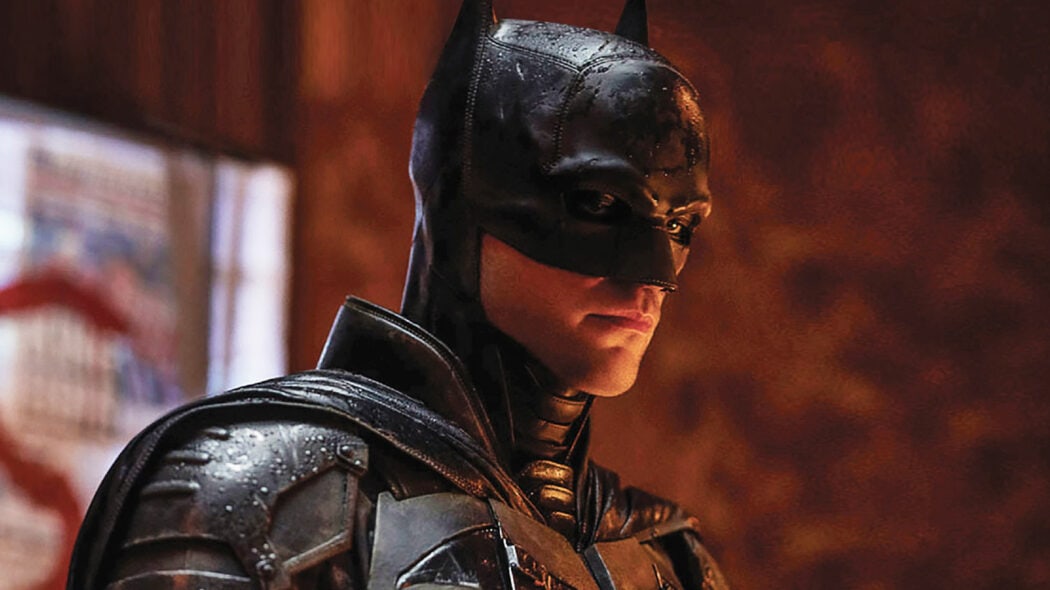 The Batman Review – No Spoilers

What is The Batman? Is he a lunatic who goes out at night to beat up people he thinks are ‘bad guys’? Is he a guy who has a leather fetish? Or, is he all of those things, and more.

This is a question that I’ve asked myself about the iconic DC Comics superhero for years now.

I’ve even asked myself whether he can really be categorised as a ‘superhero’ at times.

However, what Matt Reeves’ The Batman demonstrates is that none of that really matters, because what Batman really is is completely up to the viewer.

This movie is set in Bruce Wayne’s second year of being ‘The Batman’.

He’s already been terrorising the criminals of Gotham for a few months now.

However, Wayne’s asking himself whether he’s really making a difference to the city.

This is a question that Batman asks himself throughout the entire movie.

“Am I really making a difference,” he’ll say in that low, gravelly tone that Robert Pattinson has perfected in this movie.

Well, it’s not an easy question to answer, and it takes a lengthy run-time of almost three hours for him to come up with an answer.

The Batman is vengeance 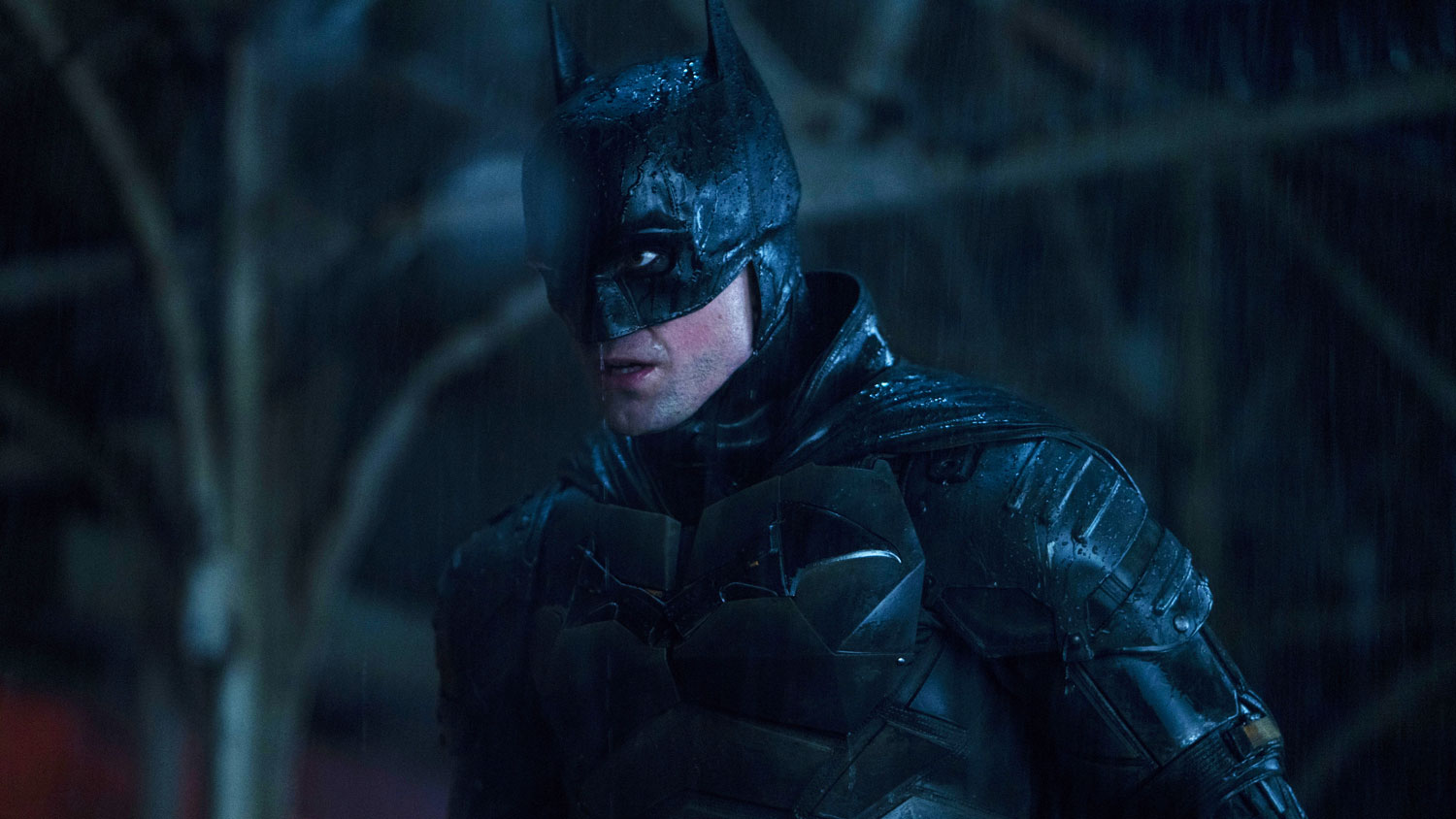 This movie pits Robert Pattinson Batman up against Paul Dano’s The Riddler.

However, he’s having to deal with a whole host of Batman villains in this movie.

The Batman is brought in by Jeffrey Wright’s James Gordon to help solve the gruesome murder of Gotham’s Mayor.

However, Gordon’s not inviting the Batman to the crime scene solely for his investigative skills.

No, the Riddler has left a card at the crime scene which is addressed to the Batman.

I mean, it would be rude of Gordon not to let Bats have his mail, wouldn’t it now.

This first murder leads Batman on a trail to try and find and stop the Riddler from murdering most of Gotham’s most influential players.

However, in order to do this, Batman has to solve all of the Riddler’s riddles, and boy, does he love a riddle.

Thankfully, the Batman is not alone. He has the help of Gordon, Zoe Kravitz’ Catwoman and Andy Serkis’ Alfred.

Robert Pattinson is the perfect Batman 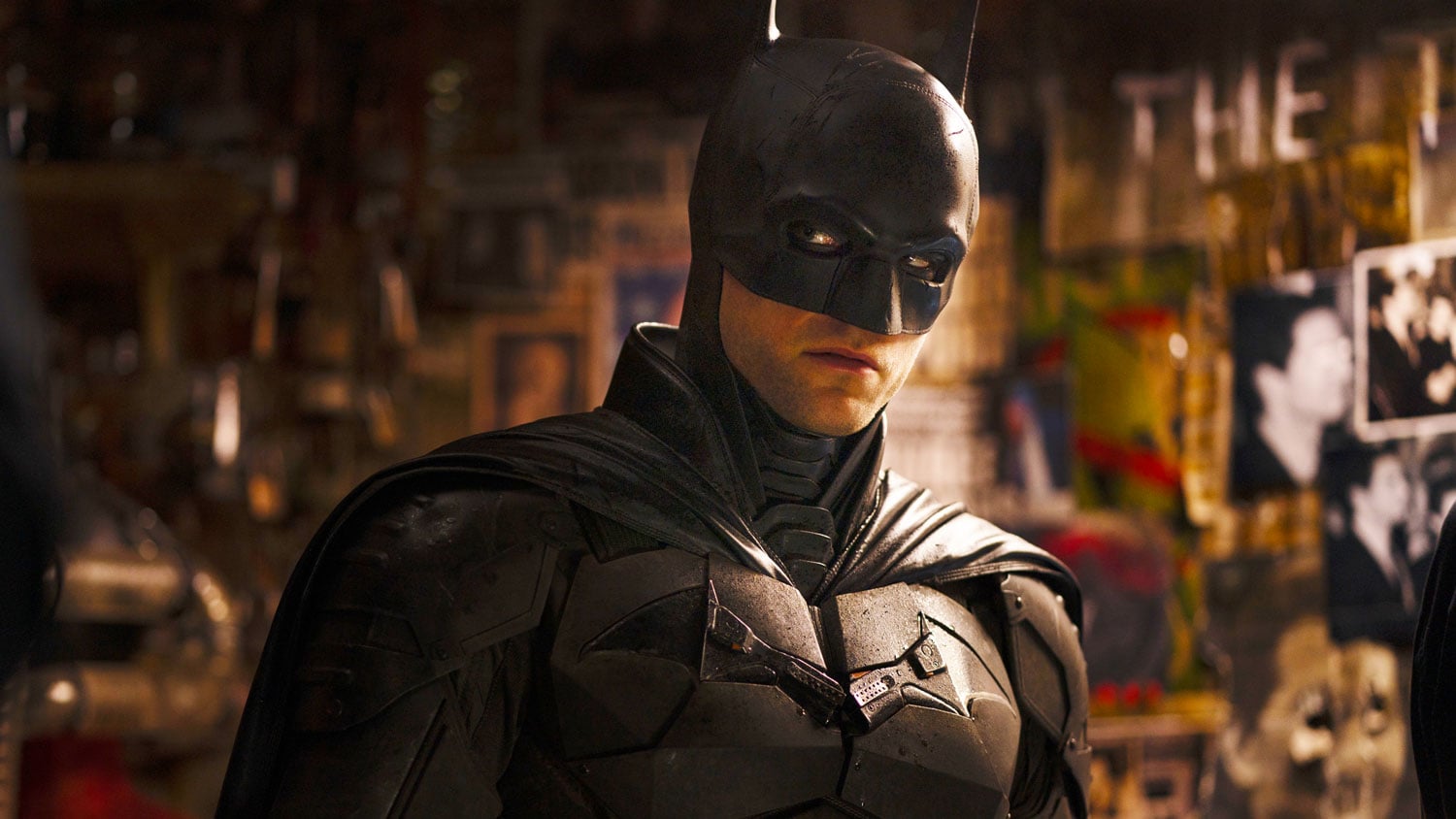 That’s as much of the plot as I’m willing to give you, and I already think some people might say I gave away too much of the film’s plot.

However, all that stuff was revealed in the movie’s trailers, so I’m thinking it’s pretty much fine.

The first thing that struck me about this movie was the way it looked.

Matt Reeves and his cinematographer have succeeded in making the best and wettest-looking Gotham of all time.

Seriously, it rains in Gotham pretty much the whole of the movie’s runtime, and that’s how it’s supposed to be.

The film is set during October and November, and they are pretty wet months.

I would say that The Batman is the best-looking batman movie ever put on the big screen, and there have been some incredible looking ones.

Tim Burton and Christopher Nolan’s Batman films looked great and they had their own unique aesthetic.

Yet, I think that Reeves’ The Batman nails the look and the whole movie captures what it feels like to read a really good Batman graphic novel.

But more on that later. What I really want to talk about is Robert Pattinson’s Batman.

OK, so there was a lot of noise made when it was revealed that Pattinson had been cast as the Dark Knight.

Well, after having seen him in and out of the suit in this movie, I can safely say, he’s the best Batman of all time.

Hands down. He’s perfect for this movie, and I think moving forward he’s really going to prove to be the best version of the character ever to be put onto the big screen.

Yes, I know that sounds like hyperbole, but I’ve been thinking long and hard about it, and I think he just nails every aspect of the character.

He is the world’s greatest detective after all, so we should see him trying to solve some murders once in while.

David Fincher’s Seven with a little sprinkling of Saw 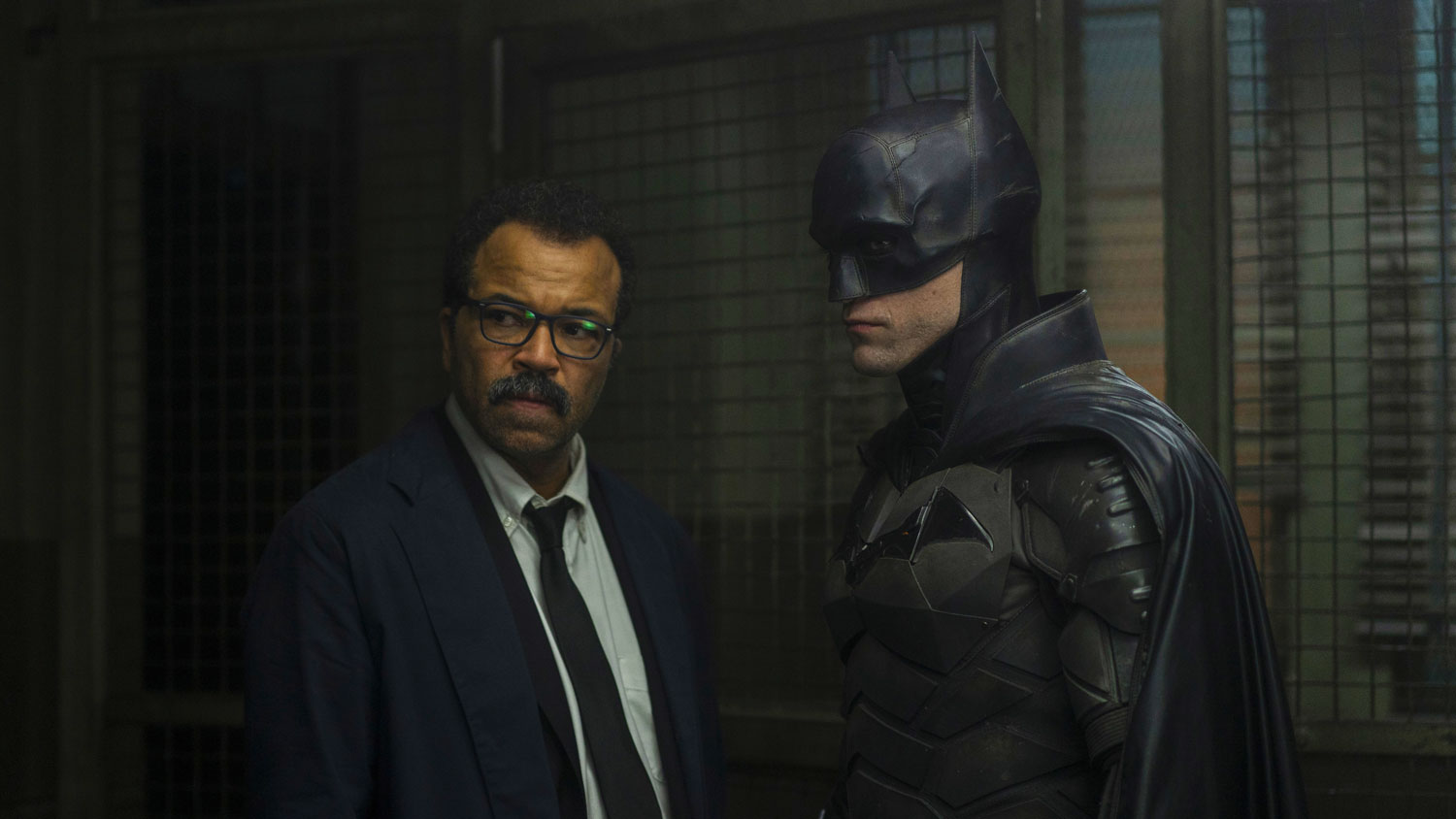 Read more: Robert Pattinson Wants His Batman To Be Scary

As I mentioned above, watching The Batman is a lot like reading some of the best Batman graphic novels ever written.

The movie brings to mind Batman graphic novels such as The Long Halloween, Hush and The Black Mirror, which are all work reading.

It’s one of the first Batman movies to have Bruce Wayne narrate his own story, which is what happens in a lot of the best Batman graphic novels.

This also gives the movie a glorious noire crime thriller vibe which just fits the film and Batman perfectly.

It was clearly Reeves’ intention to draw from that genre, and he really does succeed.

Then there’s some of the more graphic violence in this movie, which some people might think is a bit too much for a Batman film, but I thought its place in the movie was actually necessary for the story the film was trying to tell.

This version of Gotham is dark, bleak and full of crime and corruption.

Of course the film is going to be violent.

These are themes that have been in the comics for years, but the films never really tackled them head on – until now that is.

Watching the film felt like watch the Batman movie that David Fincher would have made.

There were echoes of Seven and Zodiac in this movie – which I’m pretty sure were touchstones for Reeves when writing the script.

I also thought there was an element of Saw in this film, especially with regards to Paul Dano’s Riddler.

Bring on more of this Batman, please! 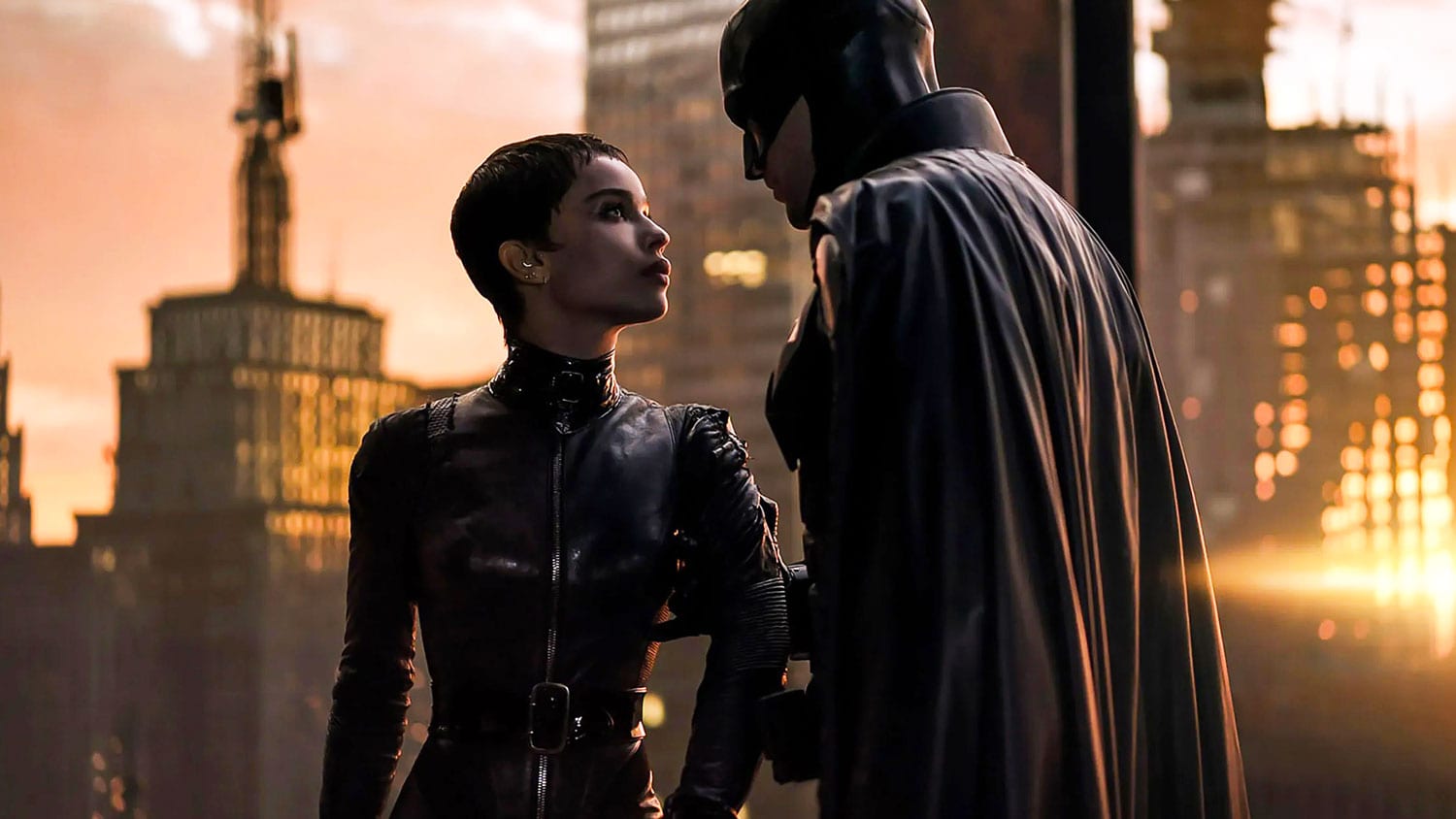 Read more: A Matt Reeves Batman Trilogy About To Be Greenlit By WB

There is so much good in this Batman movie.

The look, the tone, the music (the film’s score is spine-tinglingly good), the cast, the action…

I was thinking about things I could really critique, and I struggled to come up with anything.

OK, maybe the film is a bit long, but I felt like I could have sat there all day watching the mystery unfold in front of me.

There were some moments of slightly wonky CGI, but they didn’t get in the way of my enjoyment of the movie.

So, I just have to say that The Batman is as near a perfect Batman film as we’re ever going to get.

I want more of Matt Reeves and Pattinson’s Batman, which is why I’m glad to hear that Warner Bros is already planning a trilogy.

Let’s hope that it ends up getting made, because I don’t think we’ve ever had it so good as far as Batman is concerned.

The Batman will be in cinemas worldwide on March 4th.

What do you make of this no spoilers review?

Are you looking forward to watching the movie in the cinema?

And, would you like to see Matt Reeves get a Batman trilogy?

Let us know all your thoughts in the comments below.