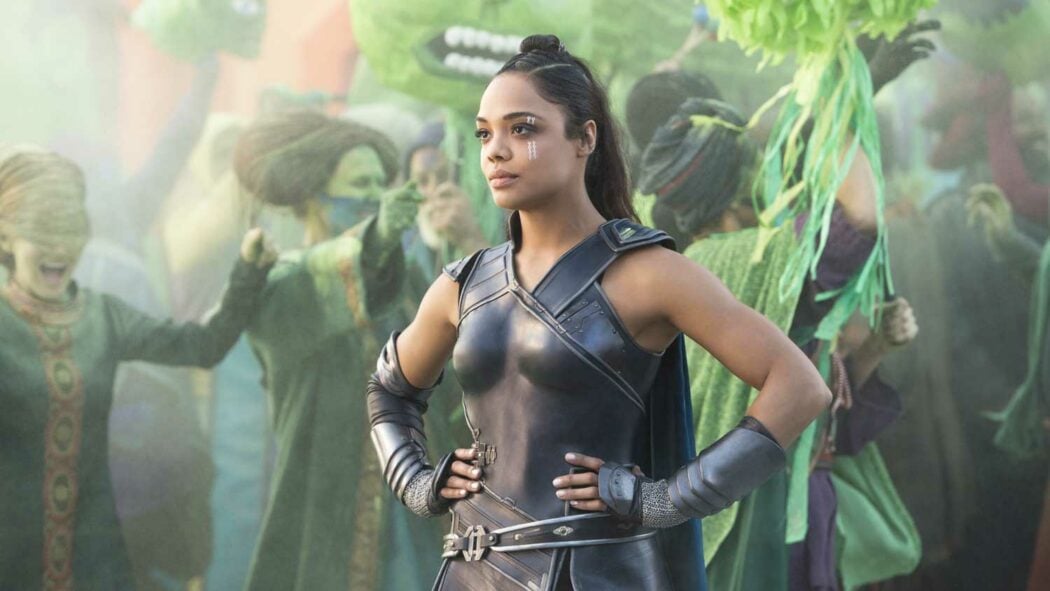 Tessa Thompson To Return As Valkyrie In Captain Marvel 2

It’s being reported that Tessa Thompson’s Valkyrie is going to be returning in the upcoming Captain Marvel 2 (The Marvels) which would be brilliant!

This report comes to us from a post on Twitter (via PunkBeast). So, let’s go into what’s going on and why we believe that Thompson’s Valkyrie will be in the movie.

We already know that Captain Marvel 2, which is officially called The Marvels, is going to star Brie Larson as Captain Marvel, Iman Vellani as Kamala Khan/Ms. Marvel, and the movie’s also going to bring back Teyonah Parris‘ Monica Rambeau.

We were first introduced to Parris’s Rambeau in WandaVision.

An eagle-eyed person on Twitter posted an image of headshots of the movie’s cast from a behind-the-scenes video and they managed to identify each actor that’s going to be in the movie.

There are some very interesting names on that list. Here they are:

That’s a pretty incredible cast and I can’t wait to see them all turn up in this movie.

The film is going to be directed by Candyman director, Nia DaCosta, who’s one of the most interesting and promising directors working in Hollywood today.

It’s going to be a very female-heavy cast, which is pure perfection if you ask me.

It’s something that the Marvel Cinematic Universe has needed for a long time, and I think DaCosta is the perfect director to bring this superhero movie to the big screen.

Thompson’s Valkyrie was first introduced in Thor: Ragnorak as a sort of bounty hunter working for Jeff Goldbloom’s Grandmaster.

Since then she appeared in Avengers: Endgame and is set to show up in Thor: Love and Thunder.

Are you looking forward to seeing Tessa Thompson’s Valkyrie turn up in The Marvels (Captain Marvel 2)?