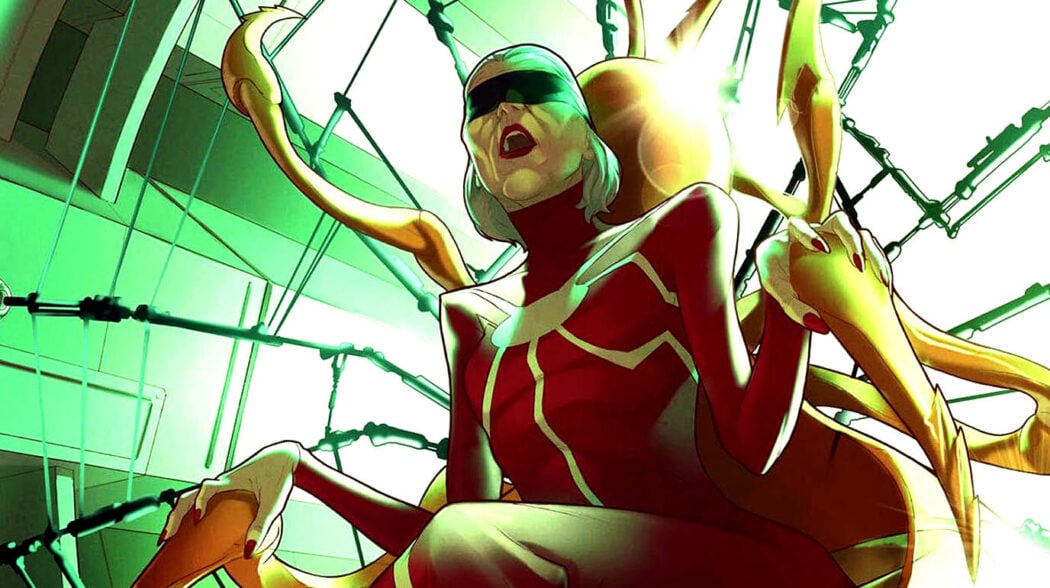 There has been a significant development about the Madame Web movie. The Sony Studios SpiderVerse film has been largely kept quiet even though the Madame Web film is set to be released next year.

Of course a major thing about the character herself has been changed that we were already aware of, such as her being young now. Madame Web is to be played by Dakota Johnson and other names attached to the movie are Sydney Sweeney and Celeste O’Connor.

S.J. Clarkson will be in the director’s seat (Anatomy Of A Scandal, The Defenders) hopefully bringing Madame Web to life in a fantastical way and has a set theatrical release for June 7, 2023.

Madame Web is a clairvoyant who can see into multiple timelines and because of this there is likely another massive pull at the studio to have all of the different Spider-Man variants become relevant again, much like they were in Spider-Man: No Way Home.

This also opens up the SpiderVerse to even more characters coming in the future. And thanks to Kevin Slane from The Boston Globe and his Twitter account, we can now get a good look at one of the sets for Madame Web.

Palm Pilots with new “3G speed”? Pay phones and newspaper boxes on every corner? A billboard for Beyoncé’s debut album?

READ MORE: Aaron Taylor-Johnson’s Kraven The Hunter To Be A Toned-Down Villain

The billboard for Beyoncé’s solo album, Dangerously In Love, was released June 2003. So, it looks like the film will, at least partially, take place in the early 2000’s. Which in turn would bring all of Sony’s Marvel properties as cannon.

From the looks of it, we may be seeing the same thing for Kraven the Hunter. Madame Web may be the tie in between the Sony pictures, however, it brings up the question if they will work with Marvel Studios to do an even stronger tie between Marvel and Sony properties.

Its hard to say.

Are you excited for Madame Web to come out? What do you think will happen with the character? Do you think Sony will try to stick to the original character as much as possible?