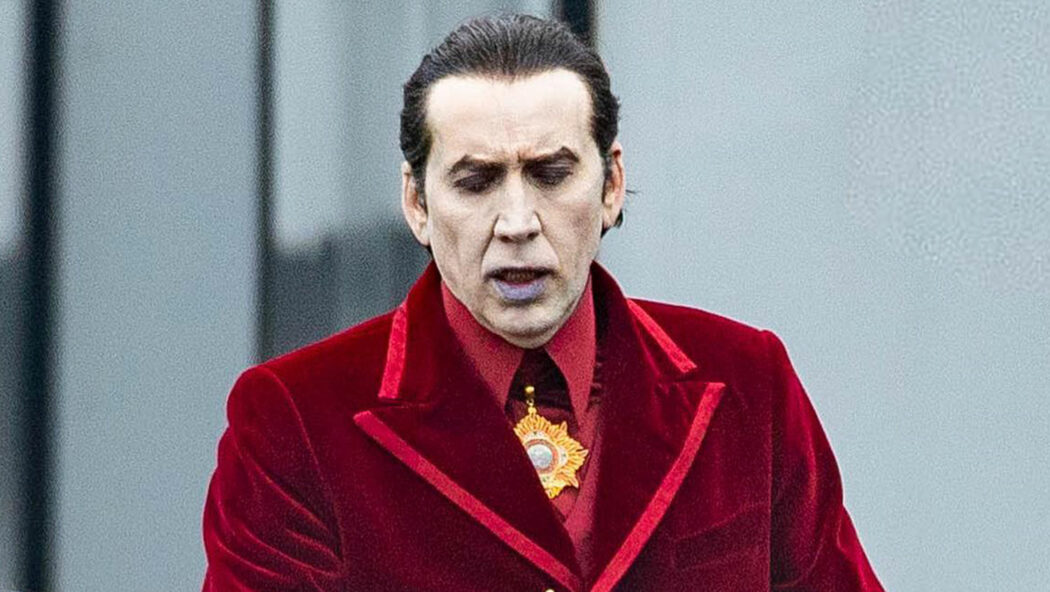 See Nicolas Cage As Dracula On The Set Of Renfield

It was revealed not too long ago that Small Screen favourite actor Nicolas Cage was going to play a version of Bram Stoker’s Dracula in a movie called Renfield.

These images of Nicolas Cage on the set of Renfield in his whole Dracula getup were released by People.

You can check out one of the images of Cage in his Dracula costume below.

I honestly think this upcoming movie is going to be something special.

It’s going to be a new Universal Monsters movie, which seems to be on the up after the terrific The Invisible Man film.

Cage will be joined by Nicolas Hoult in the movie.

Hoult will be playing the titular Renfield, a henchman of the villainous monster in Bram Stoker’s original 1897 novel, Dracula.

The movie is being directed by The Tomorrow War’s Chris McKay.

They’re filming the movie in New Orleans as we speak.

Check out Nicolas Cage as Dracula on the set of Renfield

During an interview on Variety’s Awards Circuit podcast last December that he wants to bring “something new” to the iconic character.

I want it to pop in a unique way from how we’ve seen it played. So I’m thinking to really focus on the movement of the character. You know, I saw Malignant and I thought what she did with those moves — and even Ringu with Sadako [Yamamura]. I want to look at what we can explore with this movement and voice.

What makes it super fun is that it’s a comedy. And when you get that tone right — comedy and horror — like American Werewolf in London, it’s a blast. It’s got to be a bullseye. But that’s what I’m looking for, something new to bring to the character and also that perfect tone of comedy and horror.

Are you looking forward to seeing Nicolas Cage as Dracula in Renfield?