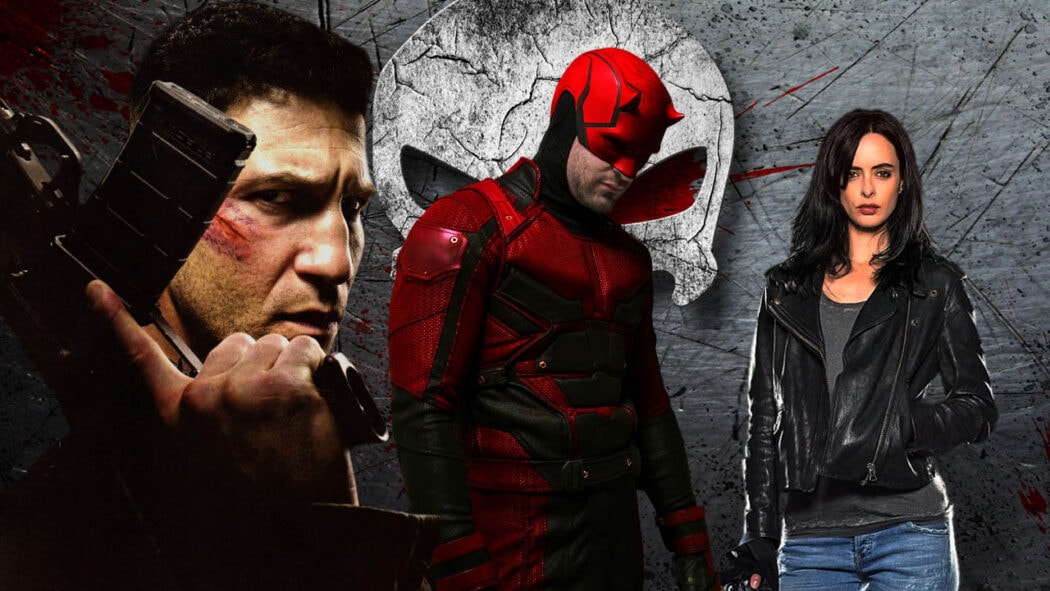 We’ve got some major news on Jon Bernthal coming back as The Punisher, Charlie Cox returning as Daredevil and Krysten Ritter returning as Jessica Jones for Marvel Studios.

As well as when and how some of them will first appear. We’ve got quite a bit of information here.

When Daredevil premiered on Netflix in 2015, fans were ecstatic to finally get a great interpretation of The Man Without Fear.

Say what you will about the 2003 Daredevil film starring Ben Affleck; fans were excited to see a more realistic, down to earth Matt Murdock.

Especially after the mega-success of the MCU films.

The now-legendary lore of Marvel Television versus the MCU film division wasn’t well known at this point but one of the things they got right was the casting.

Charlie Cox as Daredevil, Vincent D’Onofrio as King Pin, Krysten Ritter as Jessica Jones, Mike Colter as Luke cage – We could go on but we’ll stop before we get to Iron Fist.

When all the Marvel series ended on Netflix, Kevin Feige and company had to wait the contractual time allotted to revisit these characters.

And perhaps reintroduce them into the MCU.

Well, last year the rights for all the Marvel characters from the Netflix shows reverted back to Marvel.

And even before then, fans have been clamouring to see Charlie Cox and the Netflix gang fight alongside our MCU heroes.

It seems every week we read a new rumour of one of these actors coming back in the latest MCU film.

We should know, we’ve reported on a lot of them.

Well, fear not, our inside source has shed some light on this situation and we like what we’re hearing.

This all sounds very promising and is the closest concrete evidence we’ve heard of the Netflix actors coming into the fold of the Marvel Cinematic Universe.

As you can tell we’re not one to put out exclusive scoops left, right and centre.

We value our sources completely and even though we get tips and information every day, we only run with sources we trust.

Let’s bare-bones this now and not give you guys any fluff.

Charlie Cox, Jon Bernthal and Krysten Ritter have all been in negotiations to appear in multiple MCU projects.

The word around the Marvel camp is that Jon Bernthal really wants to play The Punisher again but has been negotiating hard on the contract.

These things take time, especially when actors have things set in their minds. Like more money. And who’s to blame them, these properties make bazillions of dollars.

The farthest along of these projects is a Punisher series. Yes, they’re developing a series for The Punisher and desperately negotiating to have Jon Bernthal come back to play Frank Castle.

We’ve been told that whether the series will be on HULU or on Disney Plus’ STAR is yet to be determined. They’re still figuring all that out at the moment.

That’s quite a bit of information for all of us to process but we’re not stopping there.

Hold on to your butts as we have a lot more details on The Punisher and Daredevil.

If you haven’t, make sure to check out our interview with Jeremy Webb, director of Netflix’s The Punisher, Umbrella Academy and more.

There’s A Script For The New Punisher Series And It Sounds Fantastic!

There’s a script for The Punisher already.

Yes, it’s that far along.

Oh yeah, and we have some details about the script.

To quote the source:

It sounds F***ing bad ass! It’s looking like it’ll be pretty violent – like the Netflix show. I think it’ll be the MCU’s most violent show yet. It won’t be a continuation from the previous show though. It sounds as though it’ll be a new start – probably in an alternate timeline.

They had some more details but let’s break down what we just heard.

First, it won’t be a continuation of the Netflix series, which was one of the theories fans have had for a while now. Mainly because Kevin Feige likes to put his own spin on characters and keep them in line with what he has planned for the MCU.

This indicates highly that the Netflix properties will be starting fresh in the MCU – albeit with the original actors (once negotiations are complete, that is).

Secondly, they stated it will probably be in an alternate timeline. If there ever was a time to do that it would be now.

With the MCU diving heavily into MULTIVERSE territory this year, this is their chance to grab all the fan favourite properties and bring them into the MCU fold.

Big multiverse events in the comics have reset continuity and timelines for decades now – so why not in the films? It’s been a great technique for Marvel Publishing to get their characters and storylines in order to attract and let new readers jump in – with a few caveats (looking at you X-Men) so why not do the same for films and television?

Kevin Feige has used the blueprints of what works and what doesn’t work from the decades of Marvel Comics. Him using the multiverse to get all his cards in order definitely makes sense. It also seems like DC Films is trying to do the same thing. However sloppily.

Back to The Punisher series with Jon Bernthal. The source went on to say it sounds like it’s going to be a HARD R. Really violent and gory. They also said – and this has us really excited – that Frank Castle will be kind of a villain at the start. And he’ll be on the run.

That’s a great concept and makes a lot of sense for the mob killing vigilante. What’s also cool is that the source said it will have western vibes. They said to think of “Unforgiven” by Clint Eastwood.

To tie up Jon Bernthal, Charlie Cox and Krysten Ritter coming back into the MCU our source had this to say:

Just know that Bernthal, Cox and Ritter are pretty much dead certs for the MCU and might be involved in multiple shows and turn up – maybe – in some of the movies.

And this brings us to another piece of info they revealed. It looks like Marvel is looking to introduce The Punisher in the Moon Knight mini-series.

To quote the source:

That seems like a great way to introduce Frank Castle into the MCU. Moon Knight seems like it will be a somewhat grounded, dark and violent mini-series – the perfect place for The Punisher’s skull to show up in.

So there you have it.

Jon Bernthal, Charlie Cox and Krysten Ritter are in deep negotiations to premiere in multiple MCU projects – and it’s pretty much a done deal.

There’s a script for The Punisher series and it will be a HARD R – being violent and gory with western vibes. The Punisher will be on the run, most likely a villain at the start. And he may be introduced in Moon Knight as a cameo.

And Charlie Cox appearing in Spider-Man: No Way Home is a good bet, as it was before. But our source has stated that that has everything to do with Sony at the moment.

This is all exciting news and it’s great to finally get some details on these upcoming projects instead of just conjecture.

We’d love to hear what your thoughts are on all this so leave us a comment below.

Do you think Moon Knight is a good way to re-introduce The Punisher? Do you want to see these actors come back for these roles?