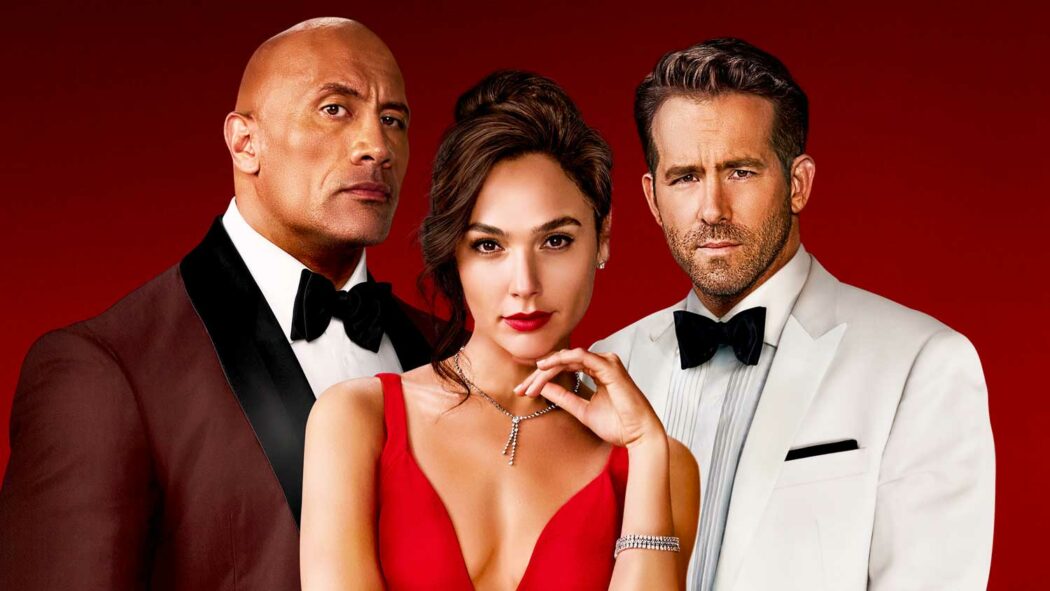 It’s been revealed that Netflix is planning on shooting two Red Notice sequels back-to-back which is pretty interesting.

This news comes from Deadline and it’s rather fascinating to see Netflix go so hard on this movie franchise.

The first film performed very well on the streaming platform, however, it failed to perform with the critics.

The movie was reviewed very poorly, and yet Netflix subscribers watched Red Notice in their droves.

It’s ended up being a huge hit for the streamer, and it’s no wonder given the fact that it stars three of the biggest movie stars in the world right now.

That’s one of the most impressive casts I’ve seen in a movie for a long time.

These Red Notice sequels are set to begin production in early 2023, dependent on deals and the schedules of its busy stars.

However, the movie in itself was pretty dire. At least, that’s my personal opinion.

The plot was very thin, and the movie’s use of green screens was laughable at best.

There was no main antagonist, which is an issue when the movie is about a heist.

Hopefully, they’ll sort all of this out with these sequels.

The other thing I could see happening for these Red Notice sequels is the addition of Kevin Hart to the cast.

So, it seems as though Netflix is going to be spending a lot of money on these future Red Notice movies.

The first one was made on a $200 million budget, which was the most Netflix had ever spent on a movie.

The second and third ones will undoubtedly cost more than that.

Are you looking forward to seeing two Red Notice sequels?