I don’t really know why, but I was so looking forward to seeing this new Mortal Kombat film.

Unfortunately, it really didn’t live up to my rather unexpected hype.

WARNING: There are SPOILERS for the film, Mortal Kombat in this review

Why was I so hyped for this movie, you ask?

Honestly, I’m really not sure.

I think that maybe after having seen the trailer, I just felt in the mood for a stupid action movie.

Yet, the trailer gave me hope. It lulled me into a false sense of security.

Perhaps this Mortal Kombat movie would be good?

We’ve been given some pretty terrible Mortal Kombat movies in the past.

Mortal Kombat didn’t live up to my hype

Read more: Should The Mandalorian Bring In More Star Wars Characters From The Novels?

There was 1995’s Mortal Kombat, directed by Paul W.S. Anderson, and even though it’s got a cult following for some reason, the film is utter pants.

Most of Anderson’s films are utter trash. Even the film I consider to be his best, Event Horizon, really did not stand the test of time.

Then we got Mortal Kombat: Annihilation which was even worse than the film before it.

2021 was meant to be the year when we finally got a Mortal Kombat film that wasn’t totally terrible.

There are some good things about this new version.

There’s plenty of guts and gore, which is what you want from a Mortal Kombat film.

One of the things I’ve always wanted to see in a Mortal Kombat film was to see the actual tournament.

There’s no tournament in this Mortal Kombat film! 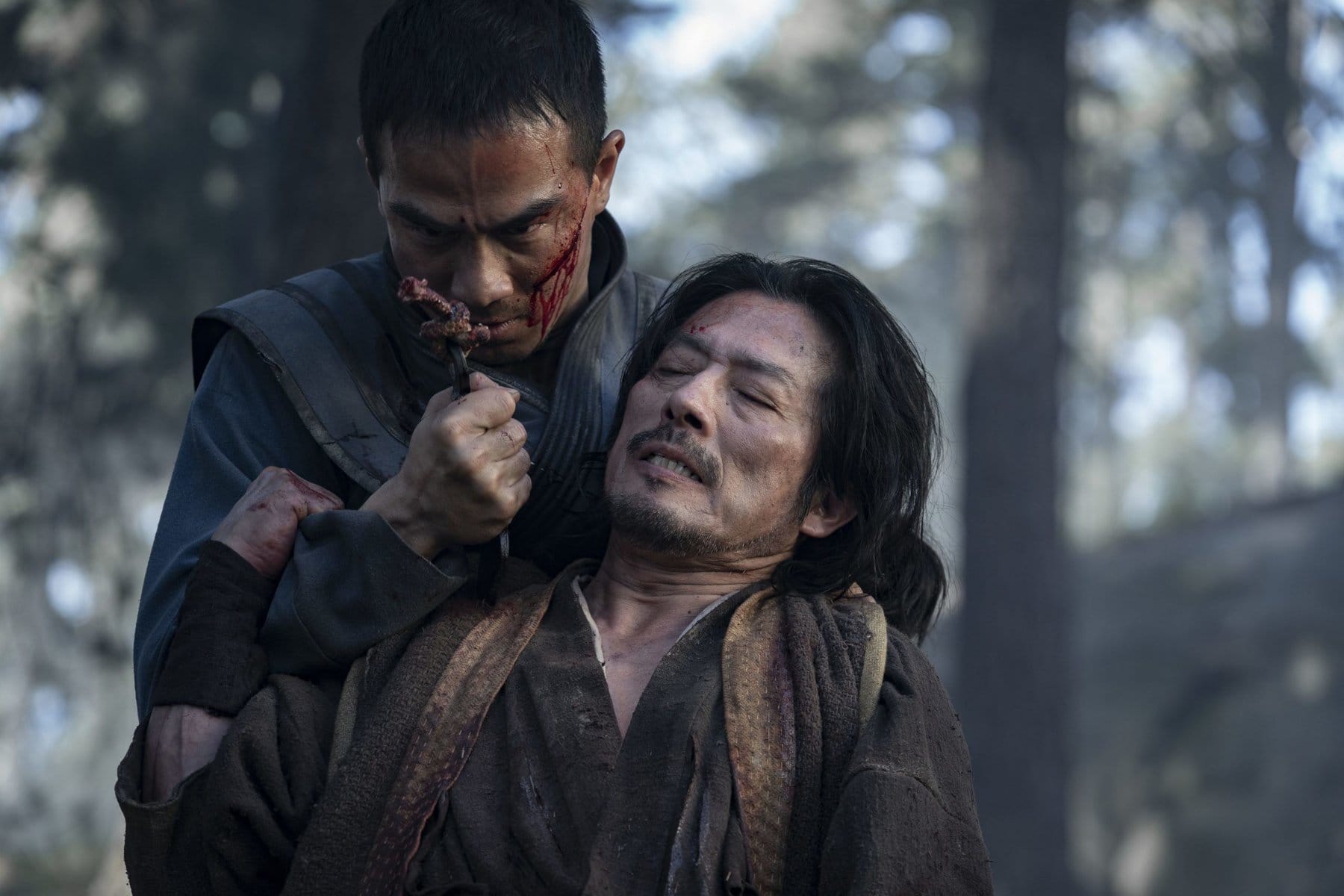 But, for some unknown reason, they decided to skip the tournament entirely in favour of a kind of ‘we’re the bad guys, so we cheat’ plot.

I really didn’t care for that spin.

I mean, what are the main things about the Mortal Kombat video games? The fighting, the guts, the gore, the finishing and the tournament.

This film gets some of that right.

There’s plenty of fighting here. There’s also a lot of guts, gore and some finishing moves.

I will say though, there aren’t as many finishing moves as there should be, which was disappointing.

I think if you’re doing a film based on the Mortal Kombat video games, you really have to go all-in or not bother at all.

It feels like New Line Cinema and Warner Bros. Pictures opted for a kind of half-half approach to this movie.

There’s some of the stuff we want in this movie, but just not much of it. 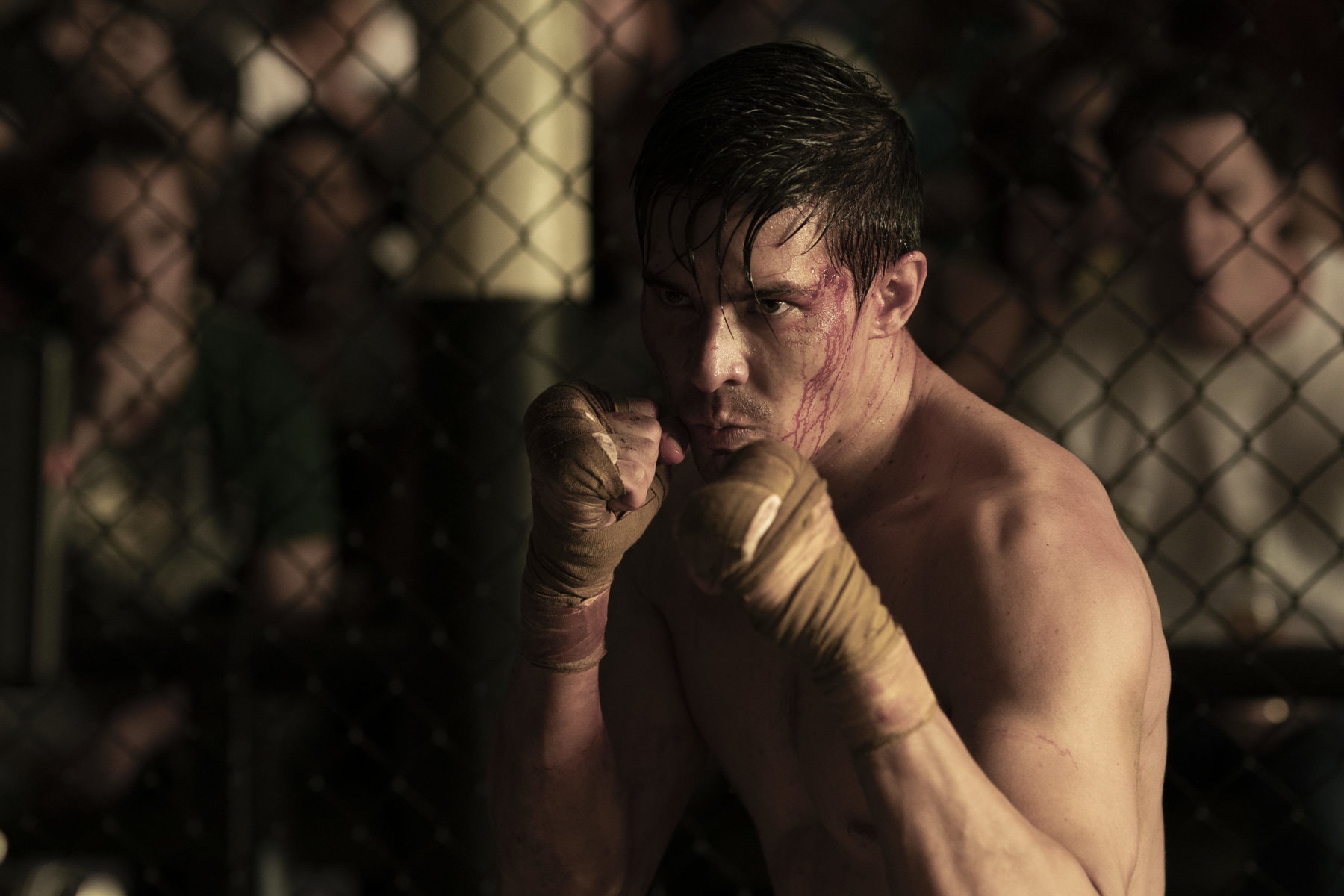 Then there’s the acting. I love Lewis Tan, but he really can’t act all that well.

I also think there’s a big problem with his character.

He’s an MMA fighter, and at first it really seems like he’s not all that good at it.

He gets beaten up in the ring in a fight almost at the very beginning of the film.

It seems to be a running joke that he’s just the guy who turns up to be beaten.

And then it’s revealed that he was once a great champion and just lost his way.

But, he has a nice girlfriend who has a very nice daughter, and he seems to be pretty happy.

The character just doesn’t make much sense, and you never feel that he’s ever really this great and skilled fighter.

He just lucks out the whole time, and then eventually gets his powers when he really needs them.

It’s just not very inspired and slightly frustrating to watch.

Not much actual Mortal Kombat on show here

Then there’s the film’s supporting cast, who aren’t much better. They’re actually worse in many cases.

I do feel bad singling out individuals, because I’m sure it’s more of a direction and writing thing than anything else, but Jessica McNamee is really not good in this film.

It’s also quite an ugly movie, and it really didn’t need to be.

I felt that it was all slightly unimaginative, especially with the set designs.

Perhaps that was down to a lack of budget, which is possible, but I would have liked to have seen more fighting areas, like in the video games.

Just more than either fire, ice or a kind of strange cave.

I did like some of the choreography in this film.

You can tell that they were going for a more Hong Kong-fighting film style here, which was exactly what they should have done.

I also really enjoyed the beginning of the film, which is the film’s best set piece.

It’s kind of all downhill from that moment on.

Will there be a sequel? I think not…

Read more: Mortal Kombat Is Coming Netflix From April So Everything’s Going To Be OK

Then there’s the film’s ending, which is the worst attempt at teeing up a sequel I’ve seen in a long time.

They end up testing Johnny Cage, and all they do is show a poster of one of his movies.

It just felt very flat and honestly, I highly doubt this film will get a sequel.

It’s a shame because I think there is something to be done with the Mortal Kombat franchise.

However, they just opted to make the easiest and cheaper movie they could based on this video game property.

All this to say that the film is a bit of a dud and that really upset me.

I shouldn’t have been surprised, but I did have high hopes for this film.