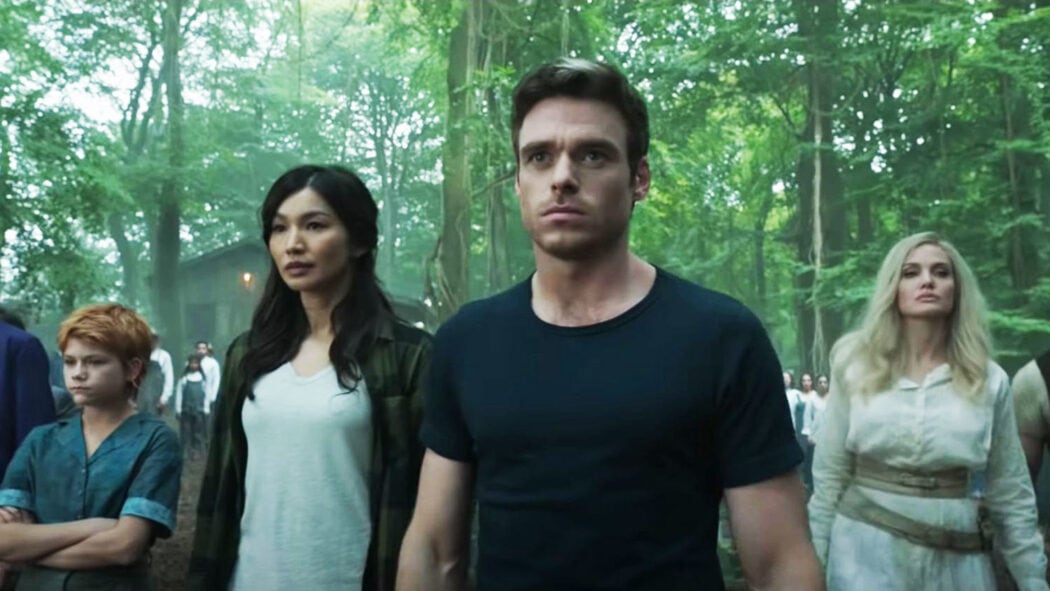 The trailer for Marvel Studios’ Eternals has been released online (which was a bit of surprise) and you know what, it’s pretty darn good!

So, Marvel Studios released the trailer across all their social media platforms and it’s created quite a stir.

People in the United States were a bit surprised that Marvel decided to release a new trailer for one of their big upcoming blockbusters so late on a Thursday.

However, people in the US tend to forget that there’s a big world beyond their country and it accounts for the majority of Marvel and Disney’s box office revenue…

But, we won’t go into all that here.

What I will go into is how much better this trailer is than the first trailer.

The trailer offered much more about what this film is about and also gave us an explanation as to why the Eternals didn’t interfere with the whole Thanos thing.

It also gave us a better sense of the film’s spectacle and its characters.

It has a huge and incredibly impressive cast, including the likes of Angelina Jolie, Salma Hayek, Richard Madden, Kit Harington, Gemma Chan, Kumail Nanjiani, Brian Tyree Henry and Barry Keoghan to name but a few.

The film will be released in theatres (COVID-willing) on November 5th and I cannot wait.

Have you watched the trailer for Marvel Studios’ Eternals?