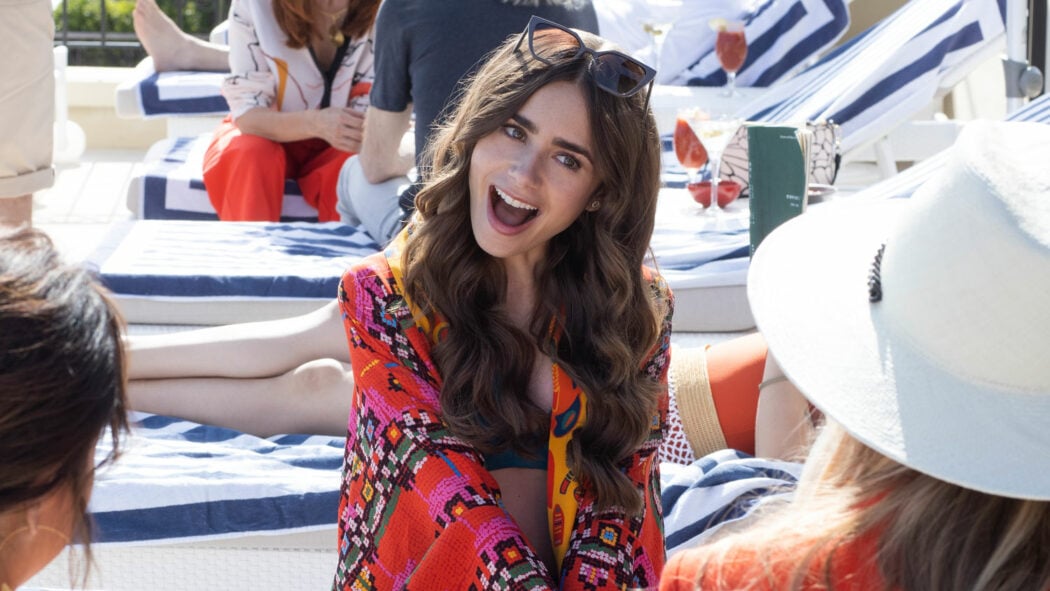 It’s being reported that the crew on the set of the hit Netflix show, Emily In Paris, don’t like Lily Collins all that much.

Emily In Paris has just been renewed for Seasons 3 and 4 by Netflix.

However, it seems as though there is trouble in Parisian paradise (aka, the set of Emily In Paris).

According to a Tik Toker called Amanda Rollins (@americanfille), she was told by people working on the show Emily In Paris that the American actress is a nightmare on set.

She started off her video on Tik Tok talking about a date she went on with an actor who’s friends with people who’ve worked on the Netflix show.

Here’s what she had to say about Lily Collins’ reported behaviour on set:

He’s an actor and he had friends that work on the Emily In Paris show. He also has friends who’ve been on the show as extras.

Lily Collins… huge bitch. (…) He was telling me his friends on the set have told him that she’s a diva. She arrives late. She doesn’t say a word to anybody. She comes in and gets out and won’t even smile at anyone in her crew. She’s like, ‘don’t talk to me’, like she’s above everyone.

And when the extras come in to film various scenes, there’s someone from her team that comes over to them and says, ‘OK, when she comes, I need you guys to start talking amongst yourselves. Don’t look at her. Don’t speak to her.

Are you at all surprised to hear that Lily Collins is a real diva on the set of Emily In Paris?