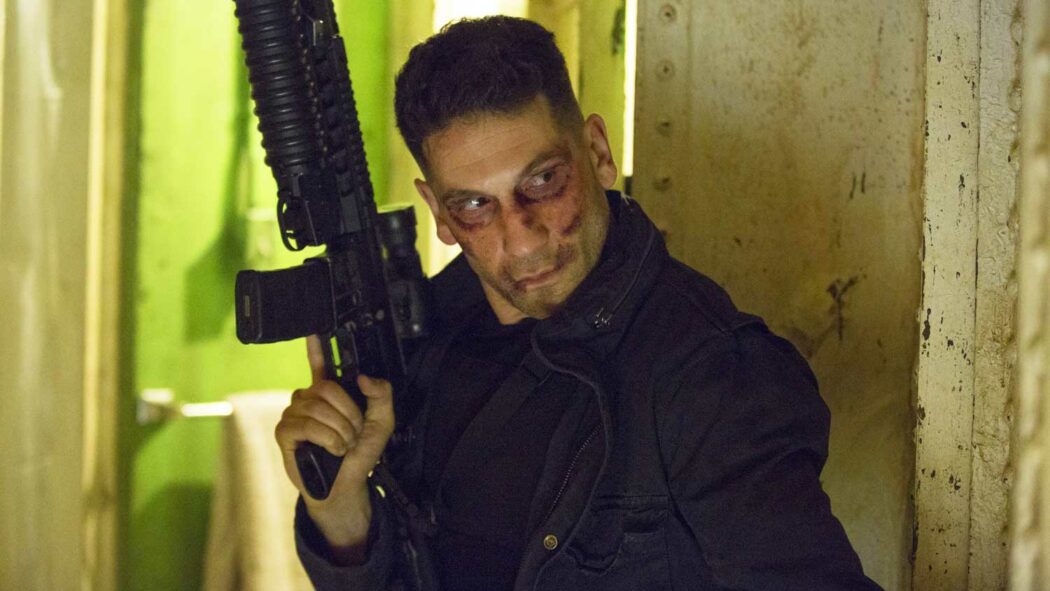 It’s been reported that Jon Bernthal’s Punisher will make his MCU debut in the upcoming Daredevil reboot starring Charlie Cox. This news comes to us from our good friends at Geekosity.

According to Mikey Sutton’s sources, Bernthal’s Punisher is going to be coming to the MCU and he will be first introduced in an upcoming Daredevil reboot. This makes a lot of sense since the two characters have history, both in the comics and in the Netflix show.

What I’m interested to see is whether this Daredevil series will be as gritty, grounded and brutal as the Netflix show was. Interestingly enough, Bernthal recently revealed that he would only return to play the Punisher if they kept the same tone from the Netflix show.

He told The Playlist that: “He’s [Frank Castle] an extraordinarily dark character that is not looking to escape that darkness. I think that’s a really difficult road to go down these days. I would love to do it if we could do it right. It’s not it’s just not about doing it, it’s about doing it right.”

Related: EXCLUSIVE: Jon Bernthal Reportedly In Talks To Return As The Punisher

Bernthal doesn’t want to play a watered-down version of the character, which makes total sense. I also don’t think that Marvel Studios would really be all too interesting in making a watered-down Punisher series.

It does look like they are starting to embrace the more ‘mature’ side of Marvel in their upcoming projects. Shows such as Moon Knight and the upcoming Blade movie will explore Marvel’s darker side. I think Bernthal’s Punisher could fit into that part of the MCU very nicely – as could Cox’s Daredevil.

As for Charlie Cox, Marvel President, Kevin Feige recently revealed in an interview with CinemaBlend that Cox would be the only person they would think of to play Daredevil in the MCU. He didn’t really confirm that Cox was coming back as Daredevil in the MCU, but I think it’s the closest thing to confirmation we’re going to get.

Feige said: “If you were to see Daredevil in upcoming things, Charlie Cox, yes, would be the actor playing Daredevil. Where we see that, how we see that, when we see that, remains to be seen.”

What do you make of this news? Are you looking forward to seeing Jon Bernthal return as The Punisher in the MCU? Let us know your thoughts in the comments below.