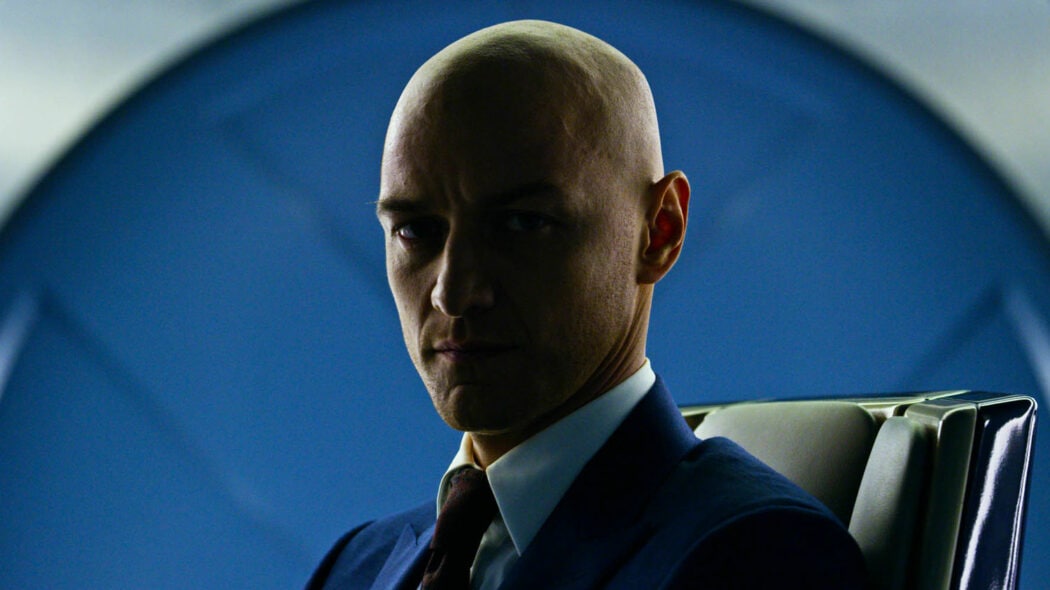 It’s being reported that James McAvoy might be cameoing as Professor X (aka Charles Xavier) in Doctor Strange 2 (Doctor Strange In The Multiverse Of Madness).

This report comes to ‘insider’ Daniel RPK, but it’s also been backed up by quite a few other scoopers.

PunkBeast also pointed out that this was reported on by Mikey Sutton over at Geekosity back in August 2021.

Interestingly enough, all RPK did was point out that McAvoy was recently seen with a shaved head.

He also pointed out that Sophie Turner had her trademark Jean Grey red hair in a recent snapshot of the actor.

Now, before watching Spider-Man: No Way Home, I would have said that it would be very unlikely to see both McAvoy and Tuner back as their respective X-Men characters.

However, given that movie really showed us how far Marvel Studios is willing to go to make its fans happy, I think this could really happen.

There have also been rumours that Sir Patrick Stewart will be back as his version of Professor X.

Then there have been the reports that John Krasinski is going to be in the movie as a Reed Richard variant.

This all sounds insane to me, and given that Doctor Strange 2 is going to break open the Multiverse, I believe that we’re going to see a lot of crazy cameos in the movie.

Does this mean that we will definitely see McAvoy, Stewart, Turner, Krasinski and others in the movie.

No. I actually doubt that even half of those names will be in the movie (watch me eat my words when the movie comes out).

However, I do think we’re going to see an awful lot of fan-favourite Marvel characters from over the years in this movie.