WARNING: There are potential SPOILERS for His Dark Materials Season 2 in this review! You’ve been warned.

“She thinks you’re as brave as Iroek Brynison.” Opening with the words uttered by a Daemon, you’d be forgiven for thinking that His Dark Materials Season 2 would bow out as a ‘blip’. For anything ‘media’, 2020 has been an awful year – with cinemas closed, films shut down due to Covid 19 outbreaks, newspapers cutting staff, and so much more. You can see it in what is broadcast every night – with re-runs of ‘content’ from years prior. His Dark Materials Season 2 was remarkably unscathed – with only one spin-off episode being scrapped, meaning that the plotline of season two was at times a little bit laboured. However, at times of crisis, people pull together – and this was a truly majestic finale.

The witches are finally part of an unholy alliance – and one that largely seems to work out of necessity, despite seeming to hate each other for no good reason. These are the people that carry some of the best of His Dark Materials – and are the (intersectional) feminist heroes we need this year.

Ruth Wilson has been incredible in His Dark Materials Season 2 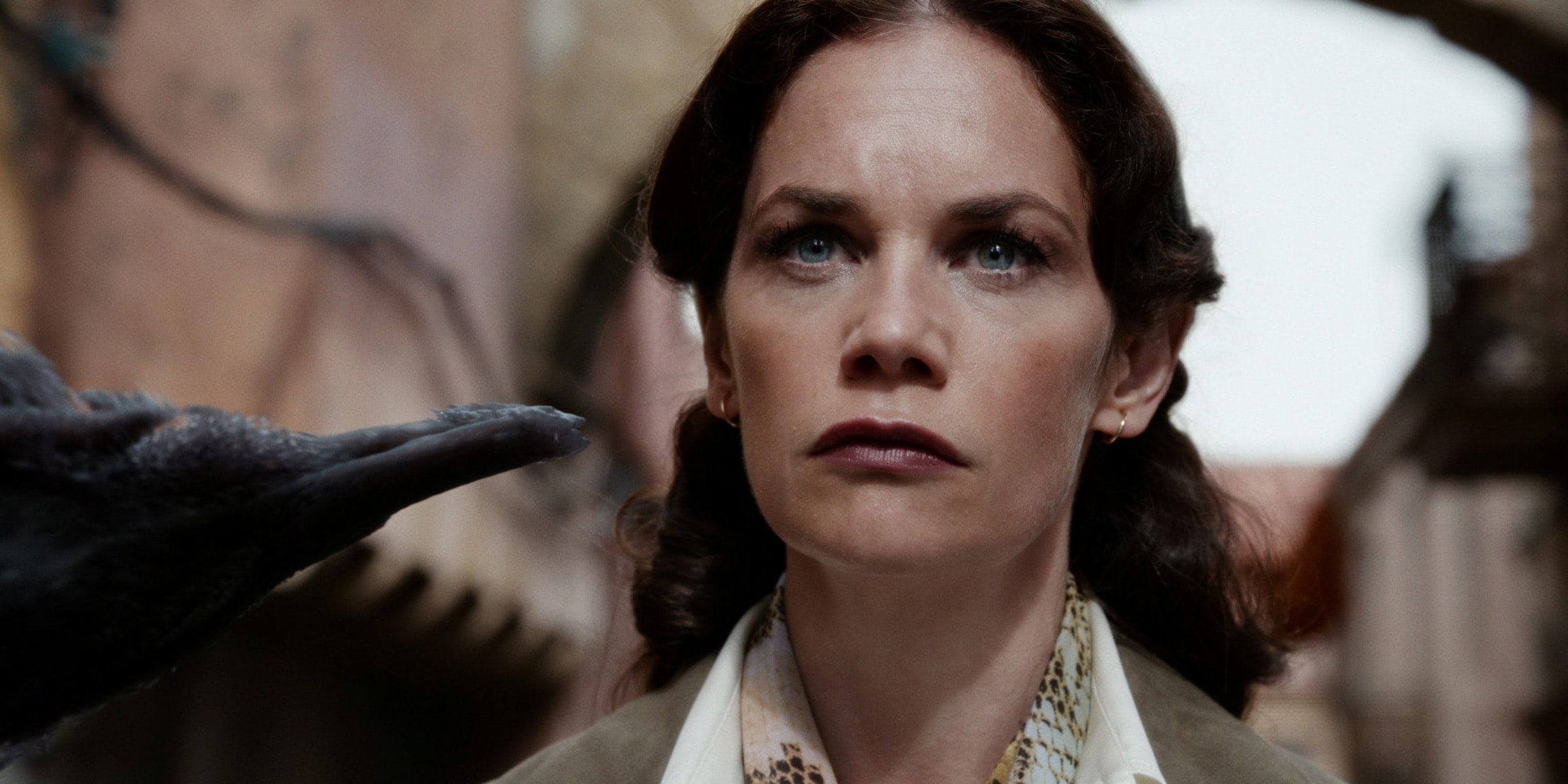 Some of the best scenes are down to Ruth Wilson – someone who has consistently stolen the show throughout the seven episodes. We can never know her true intentions – and this episode proves this exactly. She is a mother – one seen acting sentimentally around the clothing of her daughter, enough to smell and inhale her scent. But a witch is sighted – and she ensnares her in a trap, advancing her death. A lot has to be said for how she talks to her Daemon, and therefore, herself – to “stop whimpering”.  The scene is one of epic foreshadowing. And at last, she knows the real name of her daughter – for she is Eve, and the fall of Eve is ostensibly to be feared. The kidnapping of Lyra is …. Wonderfully creepy? A woman who has turned children into ghosts has become another role – that of a mother. Ruth Wilson as Mrs Coulter is hard to predict, as she is something of a shapeshifter, and one with varying motives. Lyra is left alone for a moment or three by Will – and a witch left with her is eaten alive by a Specter. Coulter finds her daughter, and the last scenes are of Lyra being locked away in a box, ostensibly on the pretence that she will be safe. Parents do not always know best – and this is a prime example. This has been changed from the book – but perhaps for the better.

You have to wonder whether Phillip Pullman would consider himself to be an intersectional feminist. Dust is sin – but why is sin to be feared, and so often attributed to women alone? No one can truly claim to have a full understanding of what Dust is or how it functions. We have one woman attempting to make her way in a man’s world – while another is hunted down, blamed for the actions of men without knowledge or intention to take part in the events to come. There are so many questions presented in the books – and we are still wrestling with the answers. The Magisterium has consistently been presented as an oppressive patriarchy – one who restricts knowledge, freedom, and is sexist as we have previously seen.

Lee Scoresby, what a character! 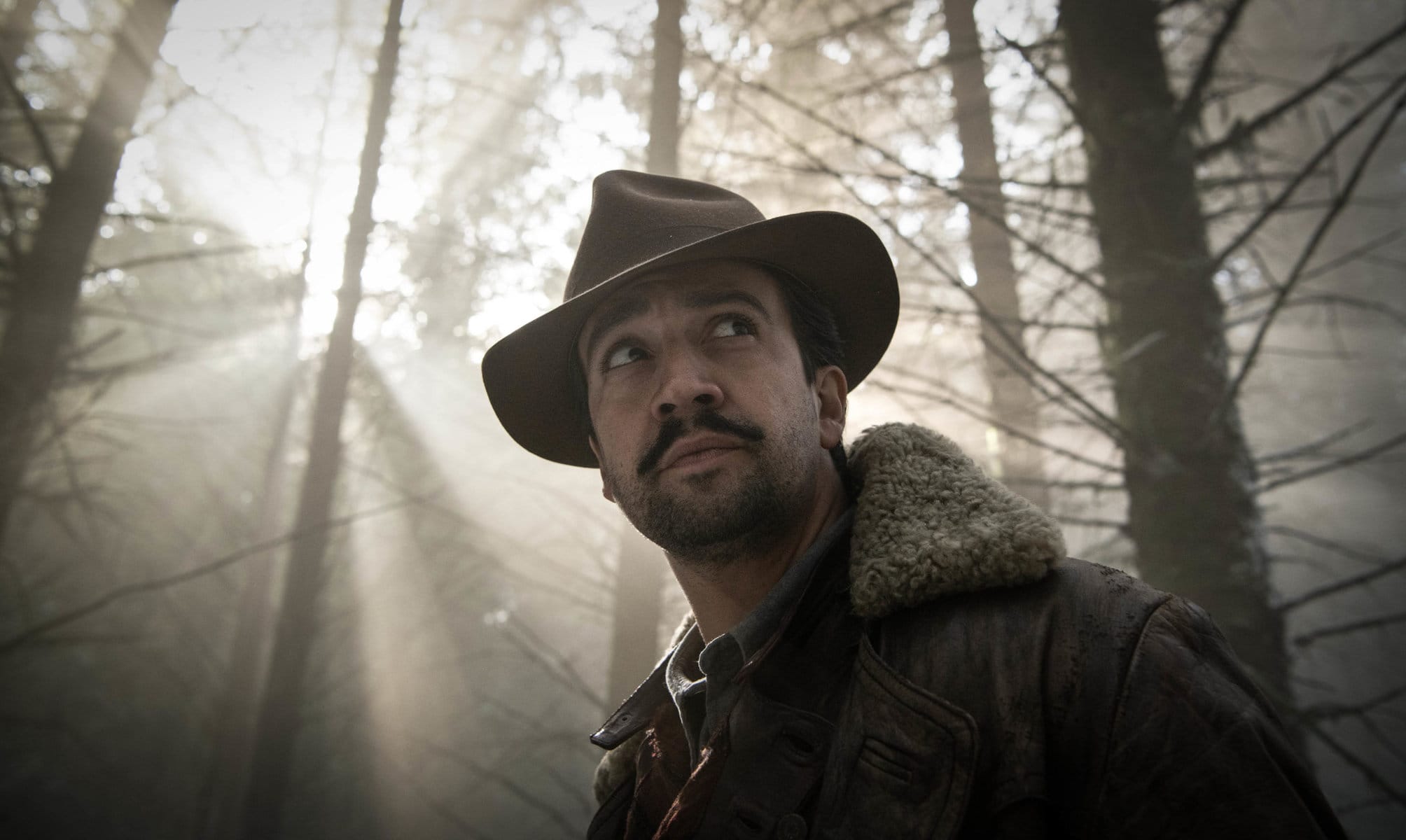 And oh, Lee Scoresby. The one character who has the purest of intentions – and a character deserving of none of the rubbish he had to deal with. The Golden Compass is generally poorly regarded, but he was finally brought to screen in the best way possible – and was give the death he deserved. Dry eyes? Please. It is rare to see a character like this – multi-faceted, a jack of trades, trading through life on nothing but an ability to hustle. Life was but a game of wits to Scoresby. But there was something far bigger, a higher calling – and his death was that of a hero. Though it was at times anti-climatic due to the edit of the episode – the scenes were perhaps too fragmented at times – this was the moment a hero bowed out. Lin-Manuel Miranda gave something back to a character who has previously been so let down.

“I thought about you every day”. Although fleeting, the reunion between Will and his father is incredibly touching. But the “go home” promise is perhaps too cliched – as viewers just know something terrible will happen. A debonair quality has been removed, however; Will’s father is killed by a man of the Magisterium, a foot soldier – and not by a vengeful young witch, angry still at her romantic advances being rejected.

One episode, a spinoff, had to be scrapped completely. (Thank you Covid!) This was supposed to look at the background of Lord Asriel, played by James McAvoy. This left something of a void – and a pace was missing, where the series had to be edited. But, at the very end, there is one Hell of a brilliant scene. James McAvoy makes a dramatic appearance, aged and blooded: “My fight is with the authority and those who use his name I cruelty…” Of the maybe five minutes this scene totals, this is a voice set apart from the characters – and one of a voice speaking from far beyond. The dialogue is mighty, a declaration of war, and one of common values – and again, asking questions of who determines access to knowledge, freedom, art, culture, and so much more. This is a dialogue purported to be written by Philip Pullman – and, if you listen to his version of Desert Island Discs, you may see where the idea for this comes from. This scene was not meant to happen in this way – but it is sheer brilliance.

Annoyingly, the finale ends on something of a cliffhanger – suggesting a third and final season is to follow, although as yet is unconfirmed by the BBC. Lyra is locked in a box, under some kind of trance. Asriel is on the move again. The angels have materialised. A little boy killed in season one makes an appeal to the camera is a creepy ghost-like way.

What do you make of this review? Have you been enjoying His Dark Materials Season 2 so far, and what did you make of Episode 5? Let us know your thoughts in the comments below.