Jeremy Renner has revealed that Hawkeye’s first trailer is to be released today, September 13th, 2021, and we cannot wait to see it!

Renner revealed this news via his Instagram Stories yesterday.

Here’s a screenshot of the story he posted: 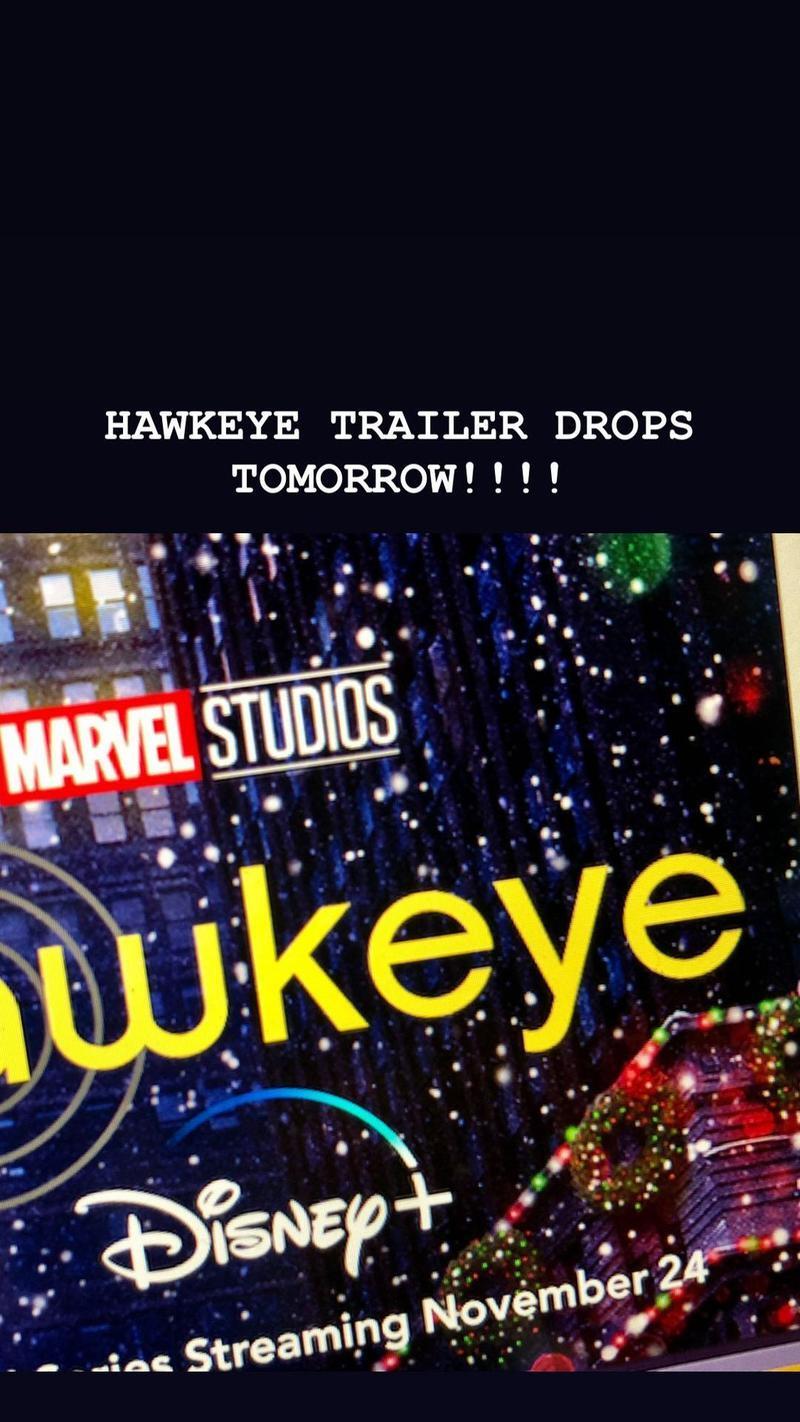 So, this upcoming Hawkeye series is going to be very interesting and we’re going to have our very first taste of it today!

There are rumours that Florence Pugh is going to be turning up in the series as Yelena and she might be a sort of villain.

The first episode of the new Marvel series is set to land on Netflix on November 24th and then episodes will be released weekly after that.

The series will also introduce Kate Bishop to the MCU.

She’s a pretty big favourite of the fans from the comics.

Bishop ends up taking up the Hawkeye mantle after Clint Barton.

It’ll be very interesting to see Clint and Kate’s relationship in this series.

Not much is really known about Clint in the MCU.

We know he has a family and went to a really dark place after they were all dusted following the events of Avengers: Infinity War.

However, they’re all going to be back now, but he ended up losing his best friend in Natasha Romanoff in Endgame.

Are you looking forward to watching the first trailer for Hawkeye?