While browsing the online gambling world of the Internet, you will come across hundreds of online slot machines designed in such a way to depict some ancient historical moment or character. Among such slots, you can find ancient Chinese, ancient Rome, and, of course, ancient Greek-themed ones, which probably represent the largest fraction of ancient mythology-themed online casino games.

Ancient Greek-themed Slots in a Nutshell 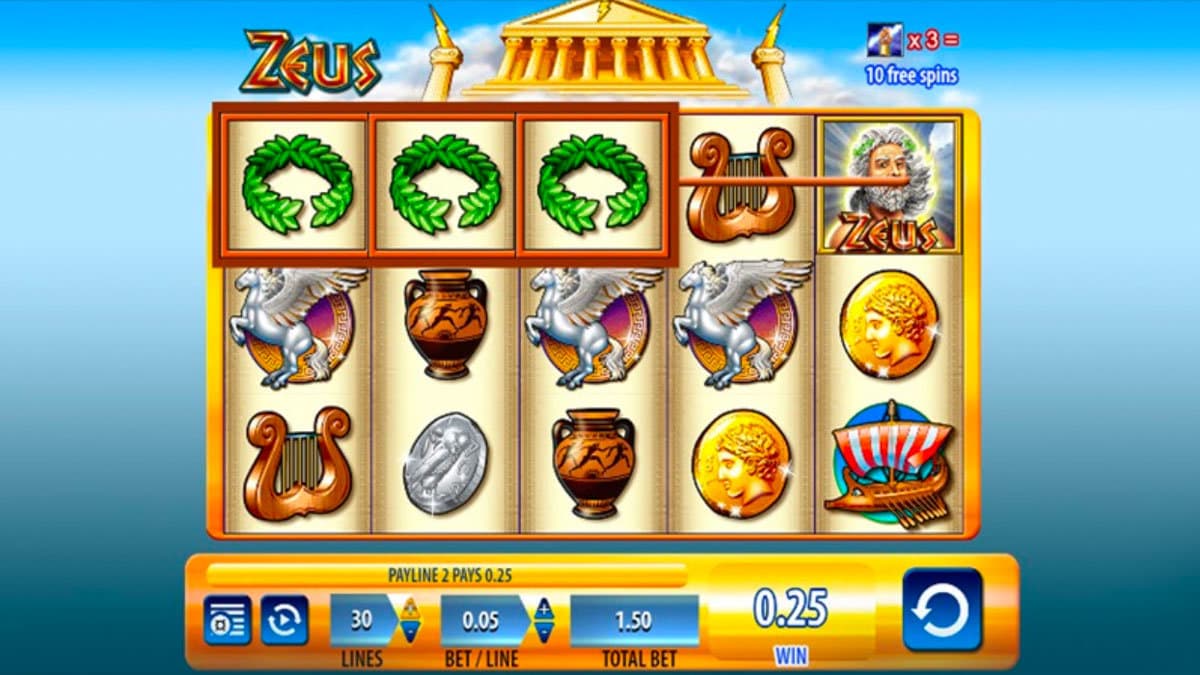 Read more: Has Disney Delayed Black Widow And Soul Until 2021?

These games come in a variety of shapes and sizes. You can enjoy classic 3-reeled online slot machines, such as, for instance, Trance Greek Myth slot produced by Flying Leaf Games Inc., or you can enjoy modern 5-reeled online video slots with killer graphics, astonishing animations, which usually introduce a wide array of additional features to benefit from.

One such example would be the Zeus free slots series released by the company known by the name of William Interactive (WMS), which comprises three different games – Zeus 1, Zeus 2, and, as you can probably expect, the Zeus 3 online casino slot!

And if you are aiming for really massive payouts, there is a thing for you too – progressive jackpot Greek mythology themed online slots, such as the famous Age of the Gods progressive video slots series manufactured by one of the most recognizable casino software development companies known under the name of Playtech!

Read more: First Look At Mark Hamill As An Ancient Vampire In What We Do In The Shadows Season 2

So, what are the most common characters you will stumble upon while playing some ancient Greek-themed online slot machine? Well, if you are familiar with such a mythology bit, you would probably expect that the most frequent character will be the almighty Zeus, who is the supreme god in ancient Greek mythology!

The second most beloved slot character would be his brother Poseidon, who represents the god of the seas and oceans, famous for his sharp trident spear.

The third most present character in the online slot games is not a god, but a mythological creature Medusa, one of the Gorgons, known for its power to turn to stone each and every person who dares to gaze in her eyes.

By playing such slots, you will come across various characters from ancient Greek mythology, such as the Greek hero Achilles, then the goddess and the god of war – Athena and Ares or the god of sun, light, prophecy and knowledge – Apollo.

When it comes to important events depicted in online slot machines is the famous Battle of Thermopylae, where 300 brave Spartan soldiers led by an outrageous warrior and beloved king Leonidas stood up to the numerous Persian army in order to block their way through the Thermopylae. The brave Spartan army managed to stand up pretty successfully until it was betrayed by one of their former members, known by the name of Xerxes, whose intel eventually brought to the demise of king Leonidas and his army.

Leonidas’ sacrifice earned him the eternal afterlife, so, nowadays, you can come across this famous king even while playing online slot machines! 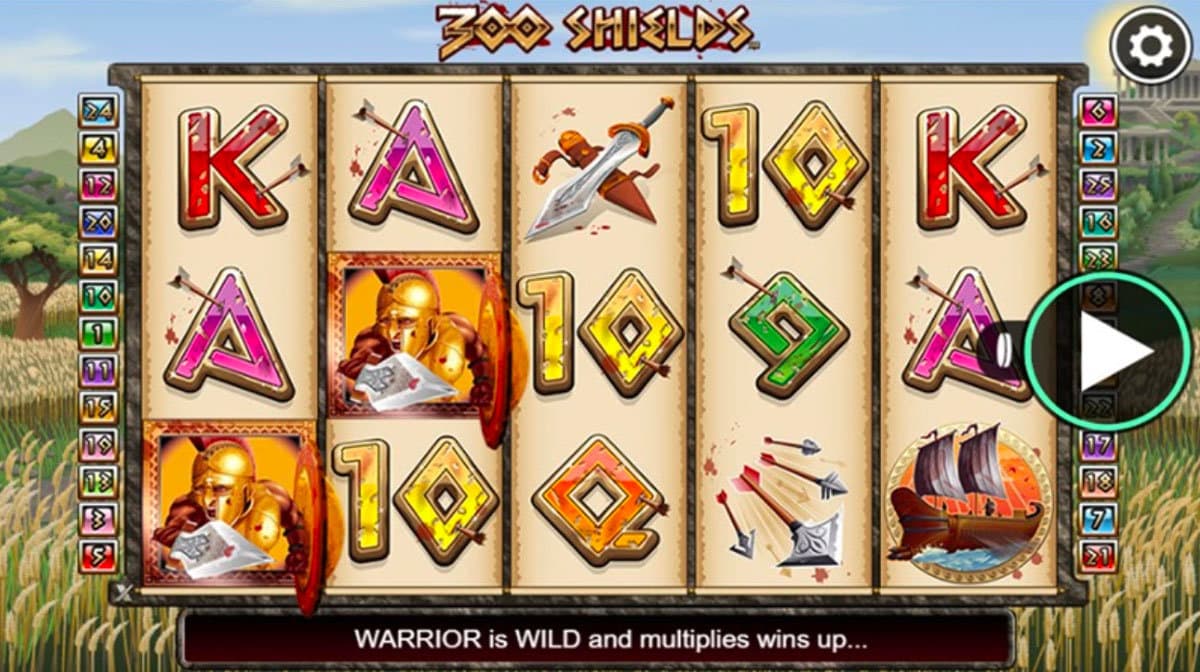 Read more: Disney Rumoured To Be Working On A Live-Action Hercules Movie

After getting familiar with some Greek mythology basics, let’s take a look at some of the most popular ancient Greek themed slots:

Some of the most popular such games are:

Age of the Gods

Age of the Gods is probably the most recognizable online slot franchise with Greek mythology-themed games. This massive series includes numerous sequels, such as, for instance, Age of the Gods slot – the first sequel, then Age of the Gods: Rulers of Olympus, Fate Sisters, Goddess of Wisdom, King of Olympus, Furious 4, Medusa & Monsters, Prince of Olympus, Ruler of the Seas, and Ruler of the Dead. The common characteristic of all games from the suite is that they all carry a progressive jackpot prize that can make you a rich man!

Medusa slots suite includes two different games: Medusa 1 and Medusa 2 online slot game. Both of these games are produced by the company known by the name of NextGen Gaming, and they come with HQ graphics, 5×3 reel setups, and a variety of features.

Gods of Gold is a relatively fresh game released by NetEnt. It introduces the InfiniReels technology, similar to the one you can find in Infinite Reels mechanics developed by Reel Play software developing company. This is a medium volatility slot with an RTP percentage of 96.21% and a reel grid design that follows a 3×3 pattern. Playable for only 0.2 per round, it offers a non-progressive jackpot payout worth 5000x total bet! The players can benefit from free spins, re-spins, infinity reels, as well as reel set changing features.

Divine Fortune comes from NetEnt as well, produced in two forms: classic, with 20 paylines, and Megaways, with 117649 paylines, and a slightly higher RTP value of 96.59%, compared to 96.09% of the classic version. The game introduces an astonishing design with killer graphics. The classic version offers features such as free spins, expanding wilds, and re-spins, while the Megaways version comes with falling wild re-spins, wild on the wild feature, as well as free spins. 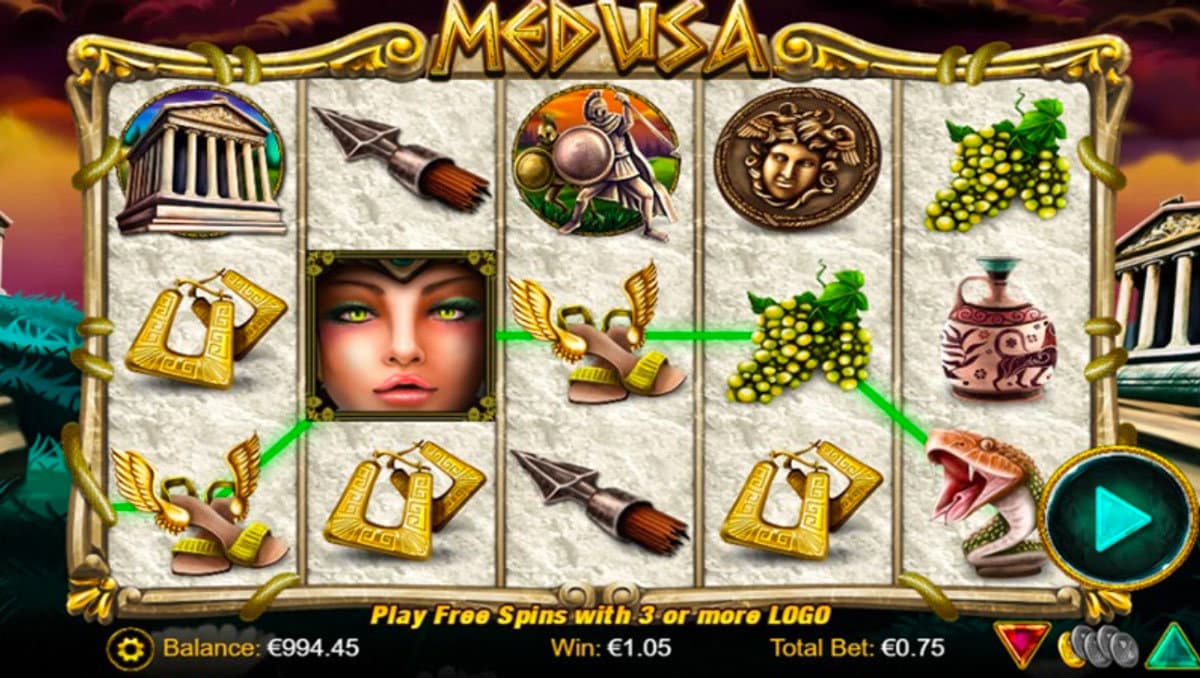 Read more: New Online Games You Should Be Excited To Play In 2021

Here are some of the slots following famous ancient Greek heroes:

300 shields also come as the 300 shields extreme slot, and both of them are produced by NextGen gaming. 300 shields online pokie comes with 5 reels, 3 rows, 20 paylines, a high variance rate, and the return to player percentage of 95.30%. The players can benefit from wilds, scatters, and the free spins feature.

In this game, you will go on adventures alongside one of the bravest ancient Greek heroes – Achilles himself! The Achilles slot machine is produced by Real Time Gaming, and it is played across a 5×3 reel set with 20 paying lines. You can take advantage of special wild and scatter symbols, as well as benefit from free spins, symbol substitution feature, and the built-in progressive jackpot feature!

No matter which one of these games you choose, you can expect a great gaming experience with a wide array of additional features and bonuses, pretty solid payout rates, and all of that implemented into slick designs with state-of-the-art graphics!

So, after overviewing some of the best offers in terms of Greek mythology-based online slots, the only thing left for you to do is to pick one and start enjoying it! All of the above-mentioned games are available for both PC and portable devices, such as mobile phones or tablets. They are instant-play accessible, so there is no need to download. You can play both the free demo mode and the real money mode in any casino that offers these games, as well as by visiting our website.