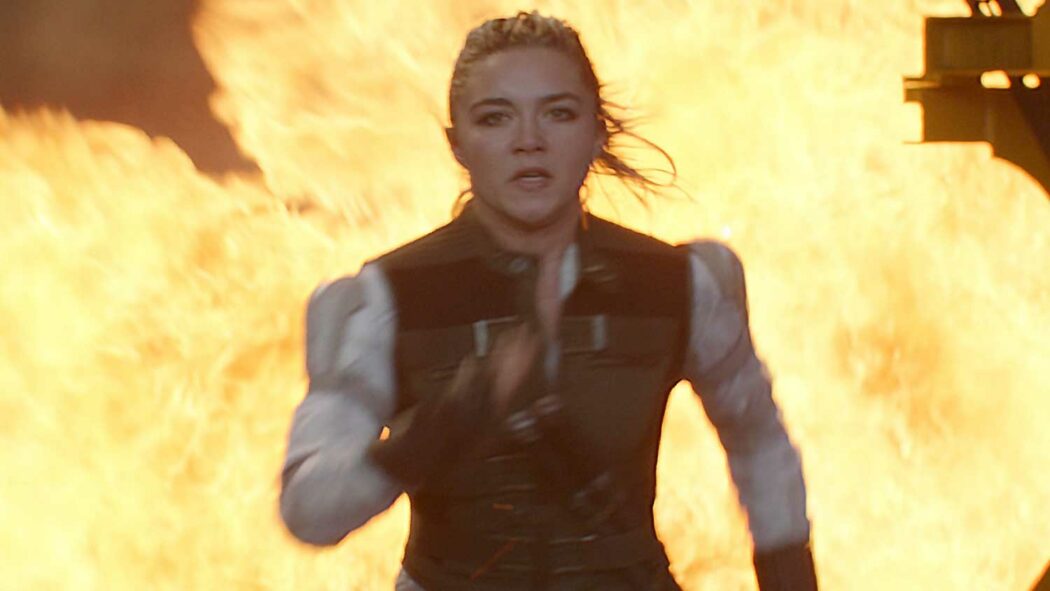 It’s been revealed that this week’s episode of Disney Plus’ Hawkeye series will include Florence Pugh’s Black Widow – aka Yelena Belova. This news comes to us from our good friends over at Geekosity.

It’s been rumoured for quite some time that Florence Pugh’s Yelena Belova was going to be returning in Hawkeye. This was basically set up in Black Widow’s post-credits scene in which Julia Louis-Dreyfus’ Contessa Valentina Allegra de Fontaine turns up and tells Yelena that Clint Barton killed Natasha Romanoff.

We all know that that’s not true, but Yelena doesn’t. So, it was safe to assume then that she will be turning up in Hawkeye seeking revenge for the death of her sister.

Well, it seems as though this week’s episode of Hawkeye will be the moment when Clint and Kate Bishop will have to go up against Yelena, which won’t be easy.

There was a recent TV spot for Hawkeye Episode 4 and it featured a mysterious hooded individual wearing night-vision goggles. I’m pretty sure this is actually Yelena and she’s hunting Clint.

I doubt that she’ll be a ‘villain’ for too long in this show. The minute Clint explains to Yelena what really went down, she might end up helping them to go up against the likes of Echo and the Swordsman and maybe even Kingpin.

What do you make of this news? Are you looking forward to seeing Florence Pugh’s Yelena in Hawkeye this week? Let us know your thoughts in the comments below.