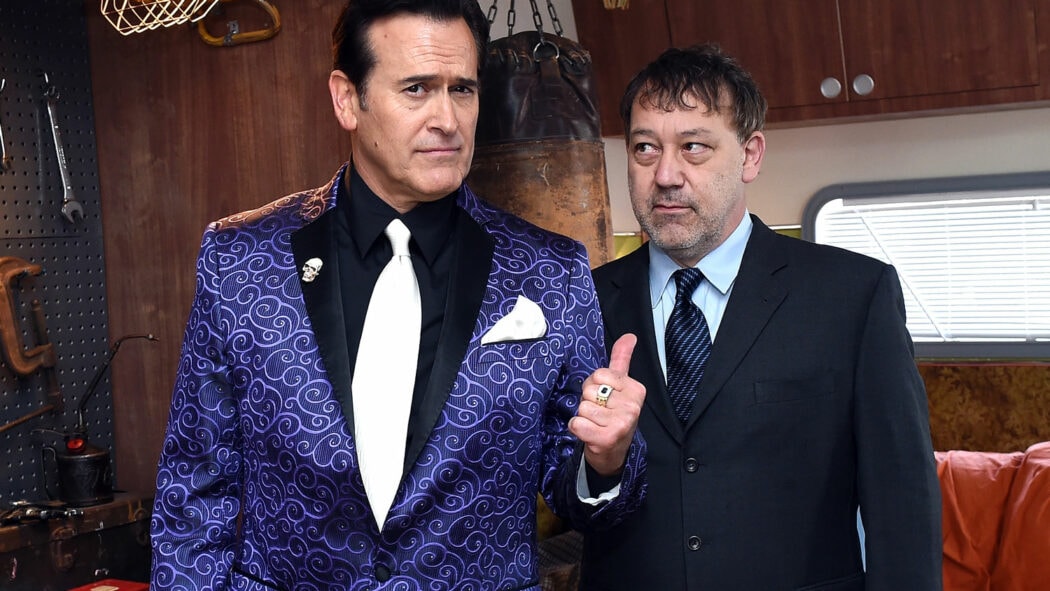 Spider-Man fans across the globe have united and they all want one thing: Bruce Campbell to turn up as Mysterio in Spider-Man: No Way Home.

You know what, I think it’s a terrific idea and I really hope they’ve gone ahead and done it!

I’ve heard a number of people suggest that he’s going to play Mephisto in the movie.

Now, I need to tell those people once and for all to chill out.

Marvel is never going to bring Mephisto to the MCU – at least, not in the near future.

There are a whole bunch of reasons why, which I will not go into here (I will just say one word: China).

However, the idea of Campbell playing Mysterio – or a version of the villain – is actually a really good one.

Bruce Campbell should get to play Mysterio in Spider-Man: No Way Home

#SpiderManNoWayHome Wish List:
A scene in a police station, a la @BRIANMBENDIS, with a bunch of low-level villains in bad costumes being booked. Front and center is Bruce Campbell in Mysterio cosplay shouting about him being the REAL master of illusion while the cops drag him OS

No Way Home is multiverse related. Imagine if Mysterio returns but it's not Jake Ghyllenhal, instead it's Raimi's Mysterio from his early plans and it's Bruce Campbell? pic.twitter.com/D6LXbke7Ee

I wish they got to the point where Bruce Campbell Mysterio is the antagonist and Peter’s daughter Spider-Girl wants to be a hero. This causes Peter great stress. Mysterio uses this and projects illusions of his daughter dying while trying to follow in her father’s footsteps. :0

Read more: Jake Gyllenhaal Rumoured To Be Returning As Mysterio In Spider-Man 3

It’s no secret that the actor was going to play Mysterio in Spider-Man 3.

Sam Raimi wanted him in the role and there’s some artwork they did of an alternate beginning to the movie in which Campbell as Mysterio was taken into the police station by Spider-Man.

It was a really cool idea, but they never got to film it.

Well, maybe Bruce could end up playing Mysterio after all these years in Spider-Man: No Way Home.

So, do you think this could end up happening?

Could Bruce Campbel get to play Mysterio in Spider-Man: No Way Home?