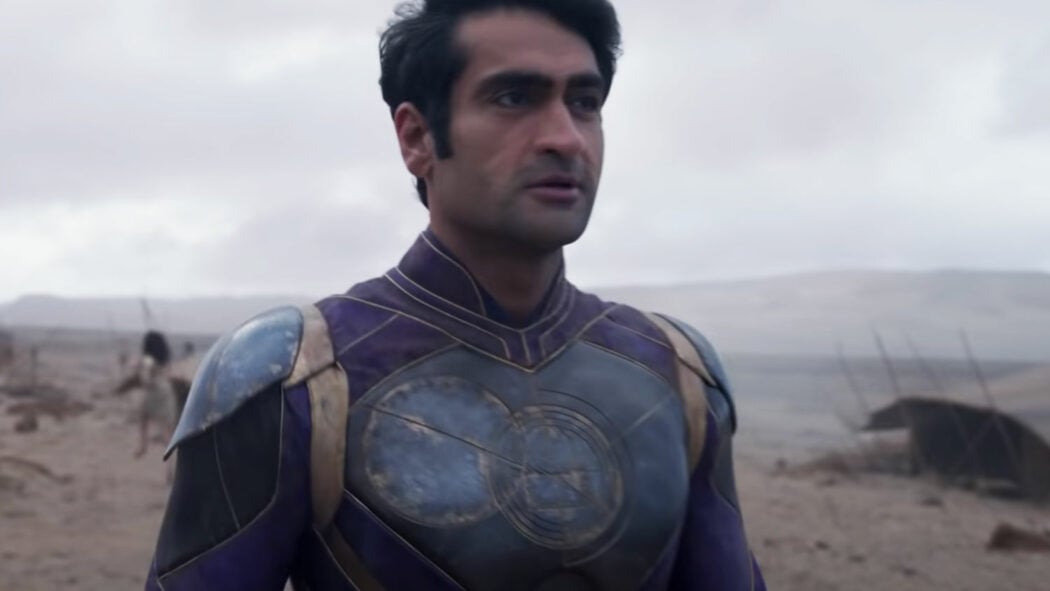 It’s been revealed that the upcoming Eternals Marvel Cinematic Universe movie is going to feature a big Bollywood dance number.

This was revealed by longtime Marvel Studios Producer, Nate Moore during a set interview held during production (via Screen Rant).

During the interview, Nate teased what audiences should expect from the Bollywood number.

He even went on to tease that it could take a meta approach that finds Kingo (played by Kumail Nanjiani) playing Richard Madden’s Ikaris in the in-canon film.

Here’s what the producer had to say on the matter:

We like the notion of finding Kingo doing what he does best, which is act, so when we first meet him in the present day, you see a Bollywood performance, and Bollywood means a lot of different things to different people, but they’re just some ideas of how we can express that and bring, and truly bring Bollywood and not Hollywood version of Bollywood to people, and find again, people who make up Bollywood movies and have them consult and talk about how they would shoot things, how they would do things… He might be a big fan of Ikaris.

This was revealed during a set visit that took place back in 2020 at Pinewood Studios.

During a roundtable discussion with Moore, the producer explained the purpose behind the movie within the movie.

It stemmed from Kingo’s own skillset, though the creative team jumped at the opportunity to bring Bollywood to the MCU.

Are you looking forward to watching Marvel’s Eternals when it’s finally released?