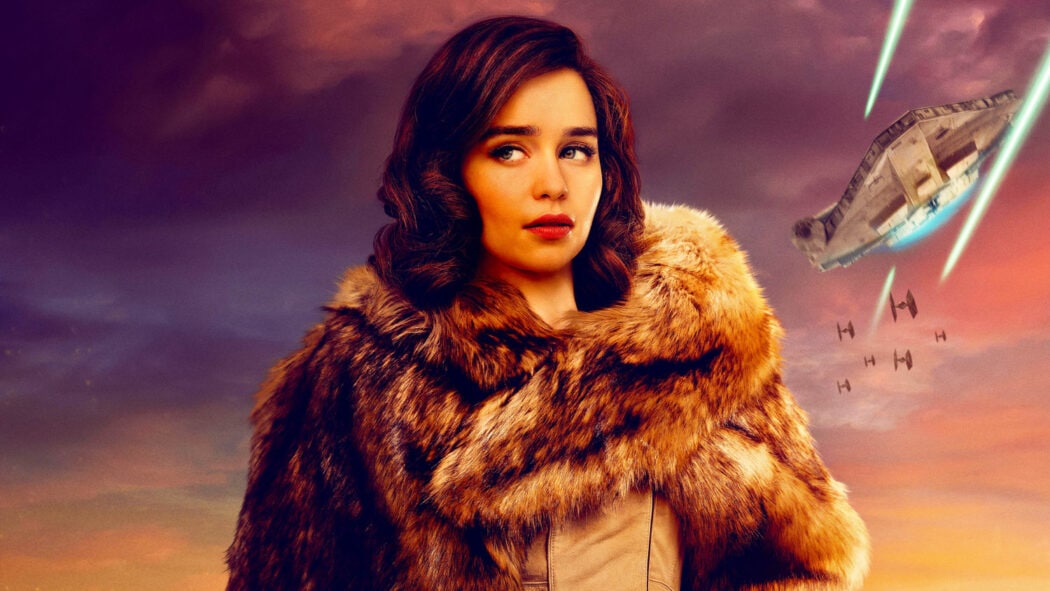 Emilia Clarke May Return To Star Wars Universe As Qi’Ra

It seems as though we might get to see Emilia Clarke return to the Star Wars universe as Qi’Ra in the not-so-distant future!

This was revealed by Solo: A Star Wars Story writer, Jon Kasdan during a recent red carpet interview with Screen Rant.

You can see what he had to say about possibly bringing Emilia Clarke back to the Star Wars universe as Qi’Ra below:

Here’s what Kasdan had to say about bringing the likes of Clarke’s Qi’Ra back in future Star Wars projects:

I think we are. I think someday we’re gonna see what happened. And see how Qi’ra sort of advanced through the world and through the crime syndicates. And you know, I know that… I’ve talked to Jon Favreau about it. He’s a big fan of that movie and of some of the stuff that we built on. And I say well you’re the guy to figure it out. So, I always look to him to keep the story alive and keep it going. And star wars is going in so many fun directions and specifically for like, I saw that trailer for Andor today and I thought ‘Well, Enfys Nest is gonna show up somewhere in that show.’ So I’m hopeful that a lot of those people continue the journeys they were on.

There have been rumours for quite some time that Clarke might be returning as Qi’Ra.

There’s still a lot of stuff to be done with her character given what happened at the end of Solo: A Star Wars Story.

I loved her performance in the movie and I really think her character is fascinating.

I would also love to see more of Maul and also get to see a little bit more of what Red Dawn’s up to behind the scenes.

It’s going to be interesting to see what’s going to happen in the Star Wars universe moving forward.

Would you like to see Emilia Clarke return to the Star Wars universe as Qi’Ra?