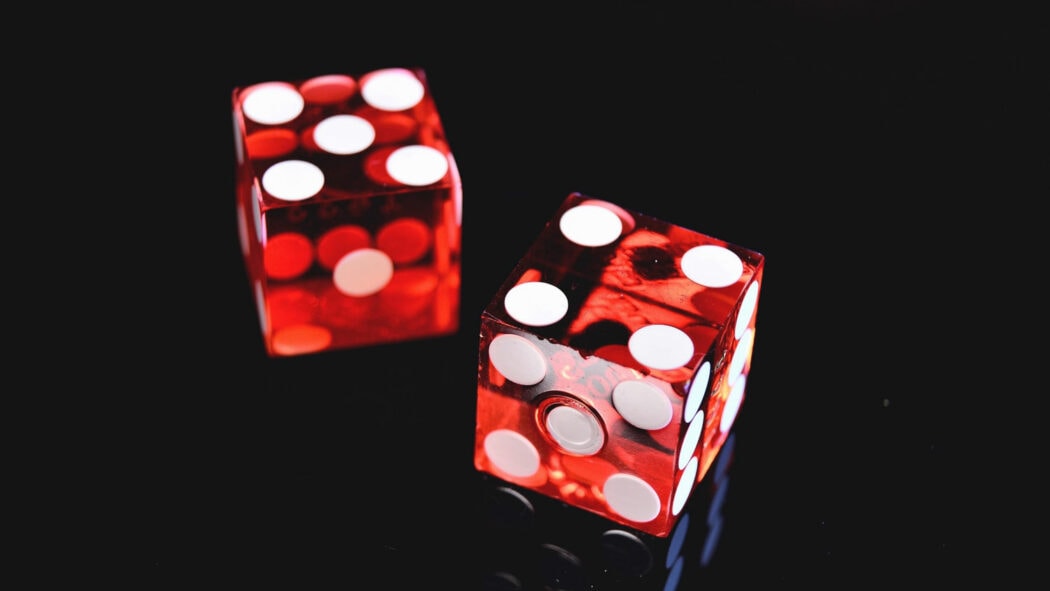 Dice Games In The Movies

Have you ever noticed dice games being played in a movie or TV show?

There are many items filmmakers can use to fulfil their objectives, with the MacGuffin now a recognised and often expected mechanism of triggering the plot within a film.

Dice are objects we occasionally see on the big screen to create symbolic moments, and filmmakers have used dice games to create memorable scenes.

READ MORE: Skyfall And Spectre Director Sam Mendes Opens Up On No Time To Die’s Trailer

Craps is the game most people think of when they consider dice games, and that’s the game John Gage (Robert Redford) is playing when Diana and David Murphy (Demi Moore and Woody Harrelson) encounter the besotted billionaire in this 1993 drama.

Gage asks Diana to join him as he plays the classic dice game for high stakes.

Diana tentatively positions the large stack of chips on the table and is invited to roll the dice, but not before kissing them for luck.

The $1 million wager is successful, as Diana rolls a seven and the crowd cheers to see Gage become slightly richer than before.

It’s a pleasing scene as Gage and Diana interact awkwardly with David, a member of the crowd, and it sets up the crux of the film to follow.

While the game of craps is used in other films, notably A Bronx Tale, to bring characters together, Indecent Proposal does it while also providing insight into the characters and their relationship with money.

The dice game Sic Bo is becoming increasingly popular with online casino users, but Bond fans will know that he most often plays baccarat or poker.

At first glance, Bond playing Sic Bo seems insignificant, but with hindsight appears to be part of a more globally pleasing marketing strategy to appeal to the Chinese box office.

Indeed, much of Skyfall’s beautiful cinematography of the gleaming and modern cityscape of Shanghai and the elegant casinos of Macau prompt viewers to consider China a desirable location to visit or live.

Having Bond play a dice game of ancient Chinese origin is a shrewd move that takes nothing away from the film, but pleases many.

Liar’s Dice is the game played by the lost souls serving as the crew of the Flying Dutchmen and is essentially a game of craps with deception and bluff incorporated.

The rules of Liar’s Dice are complex and not fully explained within the final cut of the film, but the DVD audio commentary casts more light on the game.

In Dead Man’s Chest, Will Turner (Orlando Bloom) is aboard the Flying Dutchman intending to unlock the Dead Man’s Chest to reveal the weak heart of Davy Jones (voiced by Bill Nighy).

Turner challenges Davy Jones to a game, with the purpose of finding out where Jones conceals the key to the Dead Man’s Chest.

There are more elements to this game included in the deleted scene, but in the edited versions of the film, the game doesn’t favour the swashbuckling Will, despite his father, “Bootstrap Bill” Turner (Stellan Skarsgård) also joining the game in an attempt to aid his son.

While the Turners are unsuccessful against Jones, Will is able to escape the Flying Dutchman with the key, and the Kraken is sent to devour him.

As Liar’s Dice was also included in the video game of the movie and even went on to produce a board game named Pirate’s Dice, it’s a great example of a game coming to life beyond its appearance in the film.

No doubt there are other dice scenes that could have been included here and many will mention the original Jumanji film, but these scenes served a purpose and show that dice games can help filmmakers in their storytelling.