Behind The Scenes Of A Christmas Carol Starring Carey Mulligan, Andy Serkis And Daniel Kaluuya

FirtEveryone knows the story of A Christmas Carol, don’t they? Since time immemorial, it has been the book that every child has been taught about while in education. Right? Wrong! A Christmas Carol, the first feature film by Frith Street Films, is out today. A departure from documentaries such as McCullin and Attacking The Devil: Harold Evans & The Last Nazi War Crime, individuals such as Carey Mulligan and Martin Freeman lend their voices to the film – one that has a modern dance interpretation.

As a way of lending a hand to the arts during the pandemic, theatres will also be screening the film – and you can check all the dates here.

The Unlikely Influence of Ruldolf Nureyev

Frith Street Films has a background grounded in reconstructing the life and times of people such as Don McCullin – but it was ballerina Ruldolf Nureyev who has the unlikely influence, thanks to the latest documentary the organisation released.

Jacqui Morris acknowledged this, and how the documentary ultimately influenced gave way to another idea. “Making our feature documentary on Nureyev gave us a real understanding and appreciation of the artistry of dance.” She said. She had wanted to do something extra – and the idea of A Christmas Carol slowly began to take shape.

Telling The Story Of The Underdog – And Why That’s Important 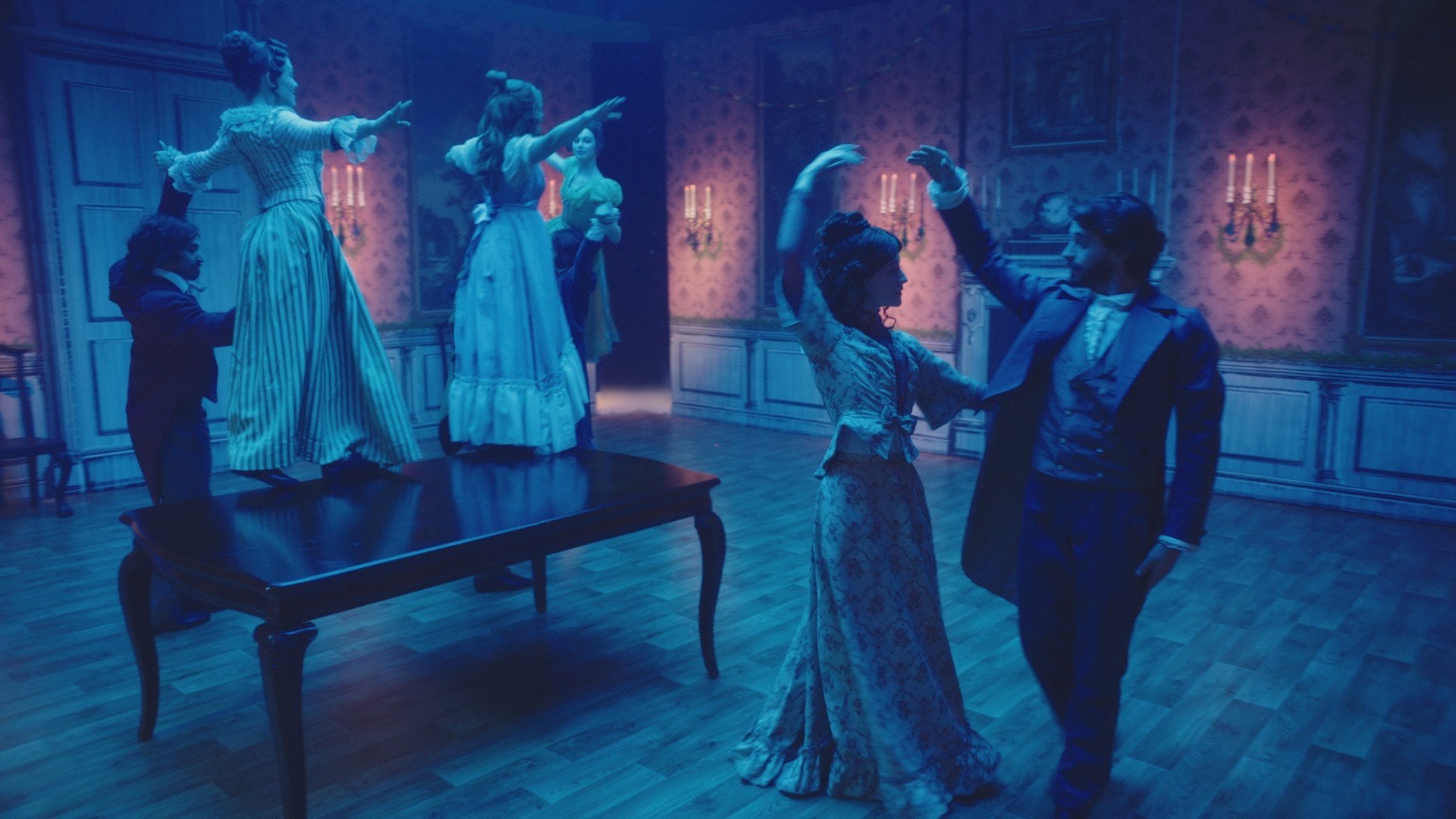 Read more: Has Nolan’s Tenet Killed Off The Rest Of 2020’s Cinema Releases?

If you look at all of Frith Street Films’ production back catalouge, one thing will be clear to you; there is an influence of the underdog, and telling the stories of David vs Goliath. Attacking The Devil: Harold Evans and The Last Nazi War Crime tells the story of one newspaper taking on the plight of the Thalidomide children, forcing them to be compensated and supported for the rest of their lives. Nureyev tells the story of one man who defected from the (then) Soviet Union, becoming one of the most famous dancers that this world has ever seen.

Noting the background of the book, and how it has never been out of print since publication, Morris said: “It struck a chord with the public, and donations to charities increased appreciably.

“A Christmas Carol has never been out of print since that first Christmas of 1843.”

Morris has previously spoken about why telling the story of the underdog is important to her, such as in an interview for Film Stories. Her next work, a work of satire called Face Down, will deal with this indirectly – as well as why people choose to be famous for the sake of being famous.

The new adaptation of A Christmas Carol has one key difference, however; thanks to the influence of Nureyev – unlikely as it may seem – people such as Martin Freeman and Carey Mulligan only voice their characters. Dancers dance the part physically on screen, however. No scenes were cut from the overall film, as ‘read’ in the book – another ‘first’.

A Christmas Carol has an almost hallucinatory, immersive, dream-like quality to it. Morris said that in order for the audience to buy into this, the film needed a ‘device’ – hence the opening of a little girl and her imagination projecting the entire plotline. Part of the location used is almost like that of a child’s drawing – the place were the ‘action’ takes place.

Logistics required a generally complicated undertaking. Availability of those who are a part of the film played a part in the film coming together quickly. Dance rehearsals took place in the UK, and then everyone was flown to Ukraine to shoot the film. It took twelve days to shoot in total.

Morris added: “I’d worked with a Ukrainian production company on Nureyev, (all the reconstructed scenes were shot there), and they came on board as partners without hesitation – they loved the idea of the project.” Hence the trip to Ukraine.

Read more: Here’s Why Star Wars: The Last Jedi Is One Of The Most Important Star Wars Movie Ever Made

One of the most striking details of A Christmas Carol is the soundtrack. Compared to most Christmas films, the music is not a typically obnoxious Christmas classic – but lends itself to the slightly dream-like, hallucinatory feel of the film.

Chris Turner dealt with the sound design for the film. He said: “The film was recorded to temp music and so no production sound was usable except for the intro and outro sequence.

“For this reason, every sound from footsteps to chained up ghosts is designed without any distraction. What you hear is exactly what we want you to hear.”

While challenging to undertake – due to the film being a contemporary dance, an audio play, a theatre production and feature film – many approaches needed simultaneously, he said.

He added: “To bring the recorded dialogue into the stage environment we used a technique that hasn’t been used in quite some time (worldizing), we literally hired a theatre and played the dialogue into the room, recording the real reflections and echo’s in that space.

“When the worldized element was brought into the tracklay to mix the film suddenly all the elements came together.”

Gary Forrester acted as the film’s editor. He said that “this film was a huge challenge to edit.” He added: “We wanted to merge the gritty realness of Victorian London within a theatrical, dreamlike framework.”

He continued: “There was no live sound recorded at all on set. There is no sync so we had to literally create the language of the film by blending seamlessly the VO of the actors into the dancers hypnotic set pieces.”

Sam Brady dealt with the VFX of A Christmas Carol. He said: “Early on Jacqui decided she wanted to steer away from CGI as its too clean and clinical.

“We wanted to keep the FX elements in the realms of theatre.

“The reality of the film is that it’s a little girls’ imagination of a live theatre performance so we really wanted to be true to that, but also add magical layers that a small child would obviously conjure.

“We used numerous tricks like sets within sets and then built the FX on top so they had an ‘in camera’ feel to them.”

A Christmas Carol is out now. Are you going to be watching it? Let us know your thoughts in the comments below.