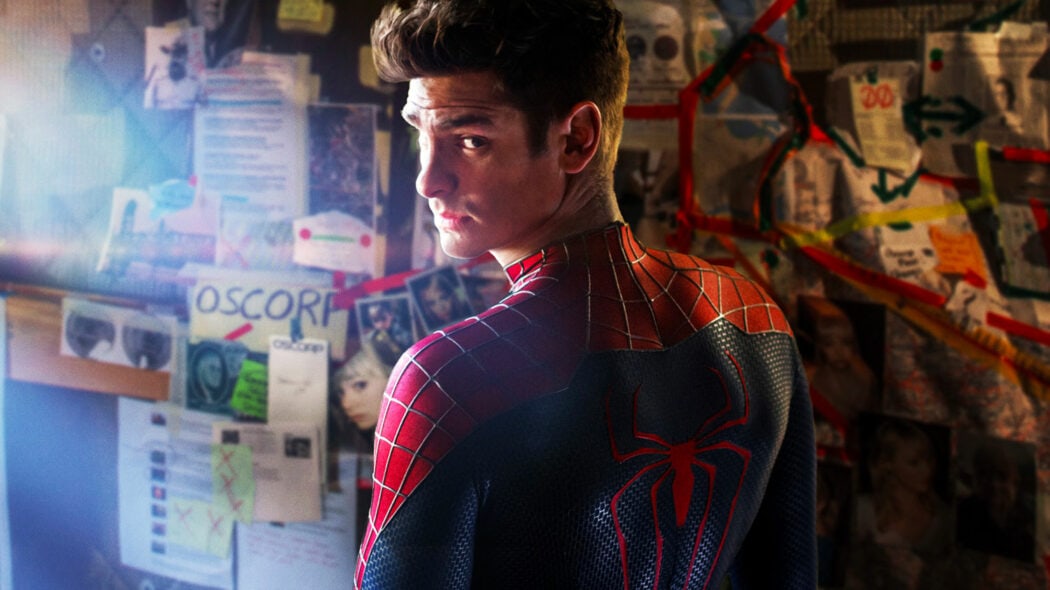 Andrew Garfield has spoken about what it would take for him to reprise his role in a future Spider-Man project.

Having spent months denying he was in the film, it was a joy to see him reprise his role as Spider-Man for No Way Home.

Now, as reported by Comic Book, Garfield has revealed what would make him don the Spider-Man suit once more.

Andrew Garfield touched by the positive reactions to his Spider-Man: No Way Home appearance

Read more: Andrew Garfield Lied To Emma Stone About Being In No Way Home

Speaking to the Happy Sad Confused podcast, Garfield remarked on the joy that people have felt seeing him return:

That love has reached me, and the enjoyment of people in theaters has reached me. It’s very touching, I find it very deeply moving, because when we started my second Spider-Man film, it petered out. There was a disjointedness there. So for me, coming back and actually getting some more time to have fun with it, and to give the character some closure, and to play and the be the version of Spider-Man that I was always wanting to get to.

In terms of what would make him don the web-shooters once more, Garfield said:

In terms of moving forward with the character, yes, I am definitely open to that, and again, it would have to be something very unique, very special, and of service to an audience, of service to the character. I think there’s something playful and unique and odd and unexpected to be done. I’m not sure what that is, but if we could figure that out, it would be so much fun.

The enthusiasm is certainly there for Garfield, and we’d love to see him get the chance to complete his trilogy.

Would you want to see Garfield play Spider-Man again?