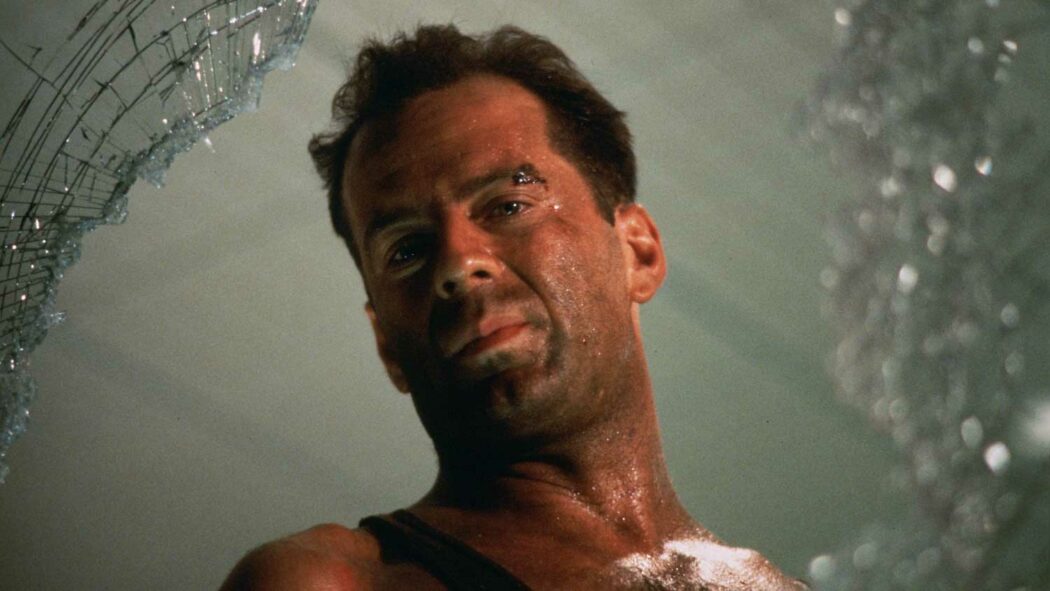 Why Die Hard Is The Best Christmas Movie Ever

Oh yeah, and we also watch Christmas-themed movies. So, Small Screen Producer James asked me to come up with my favourite Christmas movie of all time, and you know what, that was not an easy thing to do because I do love Christmas movies.

It’s a Wonderful Life, Home Alone 1 and 2, How The Grinch Stole Christmas, Elf, Scrooged, Jingle All The Way, The Nightmare Before Christmas, Love, Actually (insert Hugh Grant impression here – “well, you see… I, I, well, I really feel, in short, to recap in a shorter version… I think I love you…”)

These are all movies I love to watch at Christmas time, but there’s one movie that I like to watch at Christmas time more than any other, and that’s Die Hard. Yep, that might be slightly controversial, and I’m sure that many of you will be screaming “BUT IT’S NOT A CHRISTMAS MOVIE!” right now, but let me tell you, it is. The movie’s set during the festive holidays, therefore, it’s a Christmas movie. Get over it, and move on.

Die Hard is a Christmas movie

The reason why I love Die Hard so much is because it’s just a terrific action movie, and one that really never gets old. Bruce Willis has never been so good, and the film has one of the best villains of all time in Alan Rickman’s threatening, yet also playful Hans Gruber.

It’s also a film that has many, and I mean many iconic lines. Here are just some of them:

Welcome To The Party, Pal

Now I Have A Machine Gun. Ho Ho Ho

There are so many great lines from this movie – too many to list here. I mean, Willis’ McClane is literally a one-line machine! That’s the other thing that I love about this movie, Bruce Willis’ stoic John McClane. He’s a character that has a tough outer shell, but still has that little glint in his eye and you can tell he has a great sense of humour.

It’s also a great story about one man with literally nothing to begin with taking on a whole crew of wrongdoers. The story is a pretty simple one. The whole movie is set in a high rise office building called the Nakatomi Plaza. McClane’s estranged wife and several others are taken hostage by German terrorists during a Christmas party and it’s up to McClane to save them.

I honestly think that this movie was kind of game-changing for the action movie genre. Without the first Die Hard, I don’t think we’d have got films such as Cliffhanger, Air Force One, The Rock, Con Air, White House Down, Olympus Has Fallen and most recently, Dwayne Johnson’s Skyscraper.

Die Hard started a sub-genre within the action movie genre, and it should be noted that not a single film since 1988’s Die Hard has come close. Not even Die Hard’s subsequent sequels – which have all been a bit terrible.

Yippee-Ki Yay… well, you know the rest… Oh, and Merry Christmas everybody!